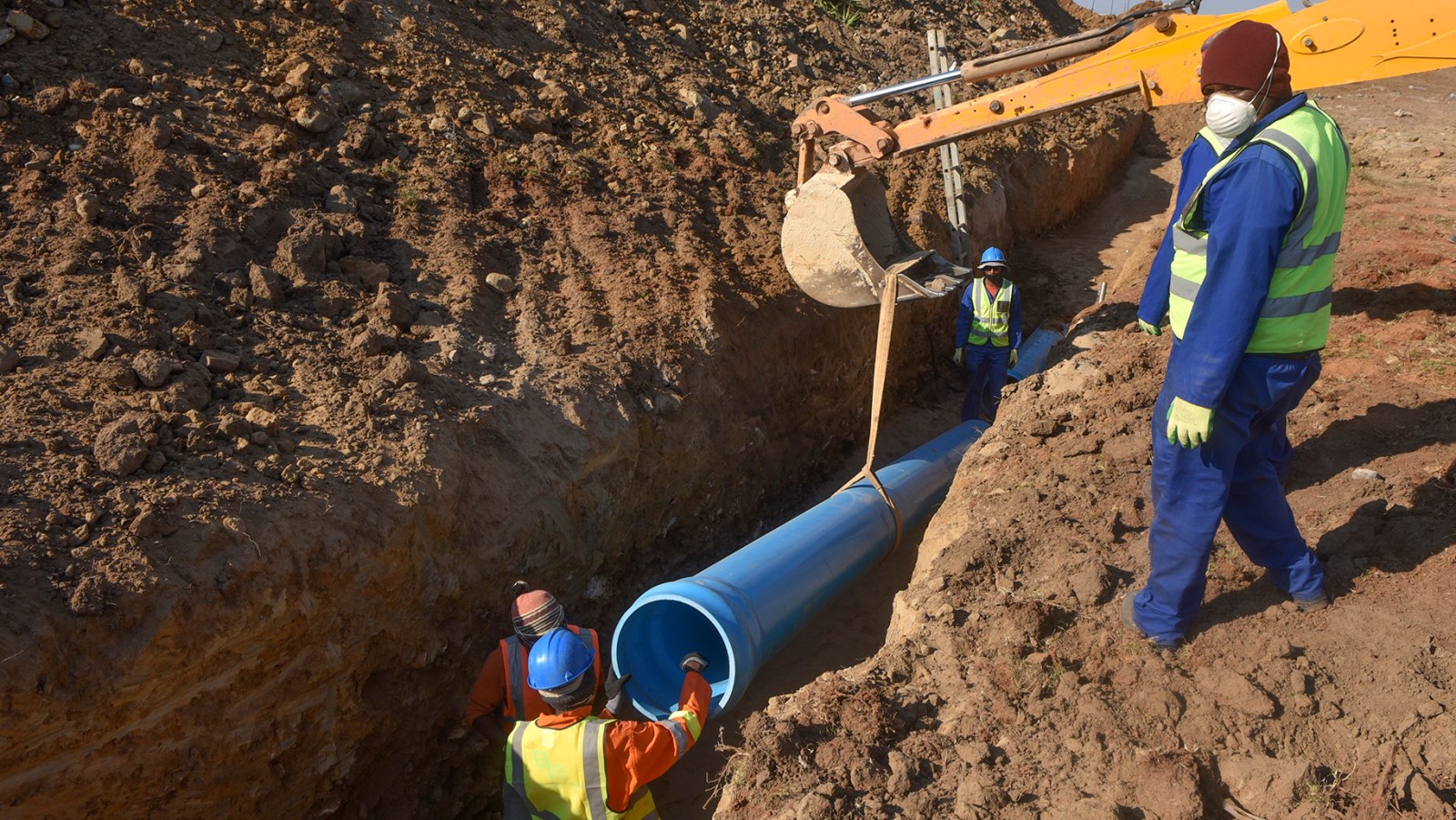 With water levels in Nelson Mandela Bay’s biggest dam dropping to under 4% and no significant rain predicted for the next 10 days, parts of the Eastern Cape’s biggest metro are fast heading for a water disaster.

The combined level of the dams supplying water to the Eastern Cape’s largest metro, Nelson Mandela Bay, has dropped to a record low, with 11.17% of water left for consumption.

According to the latest numbers published by the metro, Nelson Mandela Bay’s largest supply dam, Kouga Dam, dropped to a historic low of 3.98% of capacity in the past week as the region was hit by unseasonably high temperatures.

The Kouga Dam supplies water to the Nelson Mandela Bay metro and the Kouga Municipality.

Garth Sampson from the South African Weather Service said no significant rainfall was expected in the catchment area for the next 10 days.

It has been predicted that parts of the metro that rely solely on supply from the Kouga Dam will run out of reticulated water by July. The area that will be hardest hit is KwaZakhele, and the metro is constructing an emergency pipeline to restore access to reticulated water should the worst-case scenario occur.

Meanwhile, the CEO of the Nelson Mandela Bay Business Chamber, Denise van Huyssteen, said on Monday that the chamber’s Adopt a School initiative is fast gaining momentum as more companies commit to the cause.

Van Huyssteen said Ford South Africa, Continental Tyre South Africa, Aspen Pharmaceutical, Volkswagen South Africa, Fresenius Kabi and Isuzu Motors South Africa had all committed themselves to the project, and work had already commenced in some of the schools.

“Continental Tyre South Africa has set the wheels in motion with the recent repairs of water leaks at Gelvandale High School. Following the chamber’s call, the company quickly dispatched its team to assess the situation at the school, where six water leaks were discovered. The school’s consumption will potentially be reduced by 50%. Work at this particular school is nearing completion and the Continental SA team will move to the next school to conduct a needs analysis to scope out its work,” she said.

Van Huyssteen said the interruption of water supply to parts of the metro when the dams run dry was a “huge threat, not only to existing jobs, but also to business sustenance and potential investment inflows”.

She added that Ford SA was planning to drill boreholes at some schools to augment communities’ water supply.

Last week the metro’s mayor, Nqaba Bhanga, said that because of the severity of the drought, rapidly dwindling water resources and continued high water usage in Nelson Mandela Bay, “difficult decisions” needed to be taken. He said the metro had approached the City of Cape Town to learn from its Day Zero efforts.

“One of the most effective tools used in the City of Cape Town, and which resulted in a water usage reduction of 40%, was the introduction of water pressure management devices.

“The Nelson Mandela Bay metro continues to play its part and repair water leaks – for the third week in a row 1,000 water leaks repaired in seven days has been achieved. Various other interventions have been rolled out to reduce water consumption and augment water supply.

“As part of Phase One of the roll-out of water pressure management measures, the top 100 water users in the metro have had water flow restrictor discs installed at their premises. The metro has now commenced with Phase Two of implementation to install these discs at all metro consumers who consume between 10-15kl/month.

“Flow restrictor discs are small discs that are installed on the consumer side of the water meter. These discs have a hole through the disc that restricts excessive flow and reduces the pressure to the property. The device does not shut off the water supply to the property and consumers will thus still have continuous water supply even with the flow restrictor installed.”

In addition, “The water meters of consumers who continue high water usage despite warnings will be fitted with flow-limiting devices. These are special devices that can control the volume of water that passes through the water meter on a daily basis. The device monitors the volume used per day and will shut off the water supply to the property once the preset volume of 500l per day has been reached.

“Thus, in a typical month of 30 days, the property will be limited to a maximum of 15kl/month. Should the limit of 500l/day be reached and the device shuts off the supply, the water supply will be reinstated at 4am the following morning. These devices will only be installed at properties where the water usage remains above 15kl/month despite notices to reduce water and despite a flow restrictor disc having been installed at the property.” DM/MC