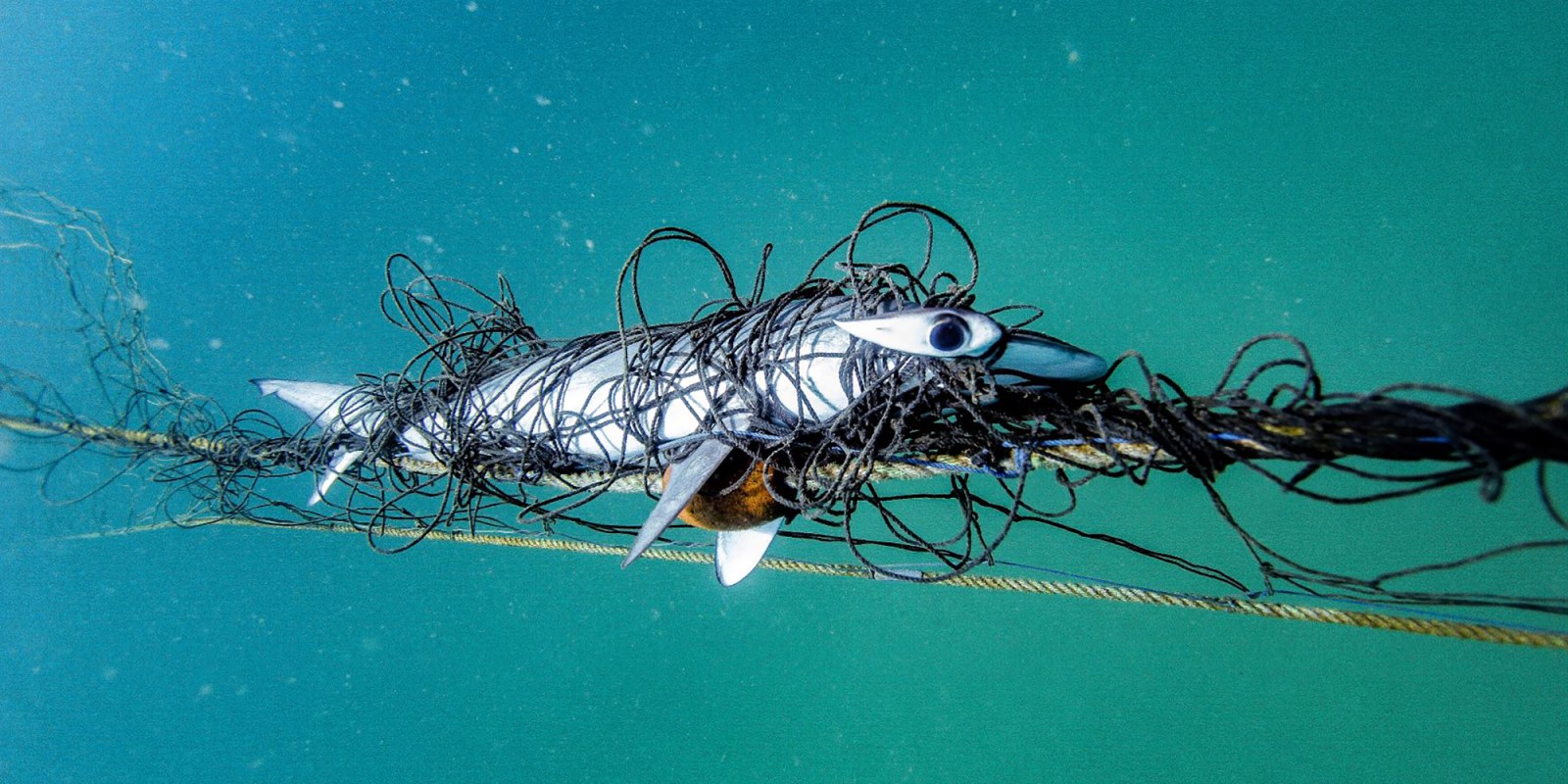 Non-lethal alternatives are vital to ensuring the protection of endangered shark species and other marine life.

Beaches in Durban and Cape Town have suffered the traumatic aftermath of water-user deaths from shark bites, and the authorities have responded by implementing measures aimed at getting residents and tourists back in the water.

Durban adopted the Australian solution, which was the brainchild of the provincial fisheries department and had been used in Sydney since 1937: shark nets. These are effectively gill nets that catch and kill sharks and other marine life.

In 2019, research pointed to the ineffectiveness of the Shark Meshing Programme in New South Wales, Australia in protecting water users as well as its massive impact on marine biodiversity. More recently there has been a political response, with councillors from Sydney calling for a ban on shark nets and a shift to animal-friendly technology, such as drones and shark listening stations after seeing images of marine life that had been killed in shark nets.

In Cape Town, the approach to managing shark risk is animal friendly. It includes an exclusion net in a “sheltered corner of Fish Hoek that is a high-risk area and the most populated swimming area, so it is the area with the biggest spatial overlap between people and sharks in Fish Hoek”, according to Sarah Waries from the Shark Spotters programme, which has been funded by the Save Our Seas Foundation since 2009.

The Shark Spotters programme also includes a system of elevated mountain lookouts manned by staff with binoculars and flags indicating shark risk on six beaches around Cape Town — a red flag indicates high risk because of a recent shark sighting or high risk of shark activity. James Lea, CEO of the Save Our Seas Foundation, says “these non-lethal alternatives to shark nets are vital to ensuring the protection of endangered shark species and other marine life, and the [foundation] actively supports the use of these and other animal-friendly methods, such as drone surveillance, that can be used to reduce negative interactions between people and sharks.”

However, Waries says the mitigation measures used in Cape Town are not necessarily transferable to Durban. This is because of rough seas, the lack of mountains next to the beaches there, and the different types of sharks that occur there. She explains that “white sharks are big and swim near the surface, which makes them easier to spot, but bull sharks swim a lot deeper, so it is harder to see their shadow.”

In October 2019, Kate Sheridan from the FitzPatrick Institute at the University of Cape Town surveyed 575 water users to find out how they perceive sharks, shark risk and the management of shark risk.

Although the Sharks Board is aware of the environmental impact of its shark risk management, which kills whales, dolphins, turtles and rays in addition to about 20 different shark species, Waries explains that “it is very hard to change, because if they take out the shark nets and there is a shark bite tomorrow by chance, immediately it is the government’s fault for removing the shark nets.”

In her survey, Sheridan found that surfers in Durban felt safer than surfers in Cape Town. However, what many people may not realise is that the nets offer a false sense of security. Waries says a sign saying that a beach is protected from sharks is “a misrepresentation, it is not protected, your safety is not guaranteed, and you may still encounter a shark: the data show that one-third of the sharks are coming back from the beach on their way out when they get caught in the shark nets, as the sharks go around the nets”.

Sheridan also found that surfers perceived the risk of shark bite as low and “even if a shark had been seen in the last hour, surfers were going to go into the water”. These surfers weren’t concerned about spotting conditions or the presence of others in the water; they cared most about surf conditions and would stay out of the water if they knew a shark was there at the time.

According to Sheridan, “unless a shark is right there, if the surf conditions are good people will go in the water, and people aren’t actually scared of sharks: it is not something that they are consciously worrying about when they get in the water.” However, Waries emphasises the need for “people to buy into the responsibility of thinking about shark risk and considering factors that increase risk, such as a recent sighting and seeing a pod of dolphins feeding and birds diving”.

Sheridan found a huge disconnect between the sentiment of water users and their knowledge of what shark management entails — “most people were so strongly opposed to lethal management and in favour of nonlethal approaches, but only 8.3% of people knew that shark nets are lethal.”

More knowledge about drum lines is attributed to their more recent installation and media coverage. Those people who knew what drum lines were and didn’t have a good understanding of shark nets were angry about them. According to Sheridan, “people seem very angry, and I think people don’t like the idea of there being baits close to the beach. That seems to be something that people thought was crazy, which makes sense.” This was interesting to Sheridan, since drum lines are a preferred method in terms of their environmental impact, because they are more selective.

Sheridan argues that if water users are not that worried about shark risk, perceive the risk of shark bites as low, and do not want sharks to be killed, then perhaps the rationale for having shark nets no longer holds. Additionally, she emphasises the need for engaging stakeholders in the management of human-wildlife conflict, especially in this case, because the reason given for lethal management is to control fear and make people feel better. She also says water users should be aware of the risks they are taking — “what people think matters because they are being used as the reason for it happening”. DM