Safety and security: ‘I joined the Americans gang to...

Safety and security: ‘I joined the Americans gang to stop being bullied at school’ 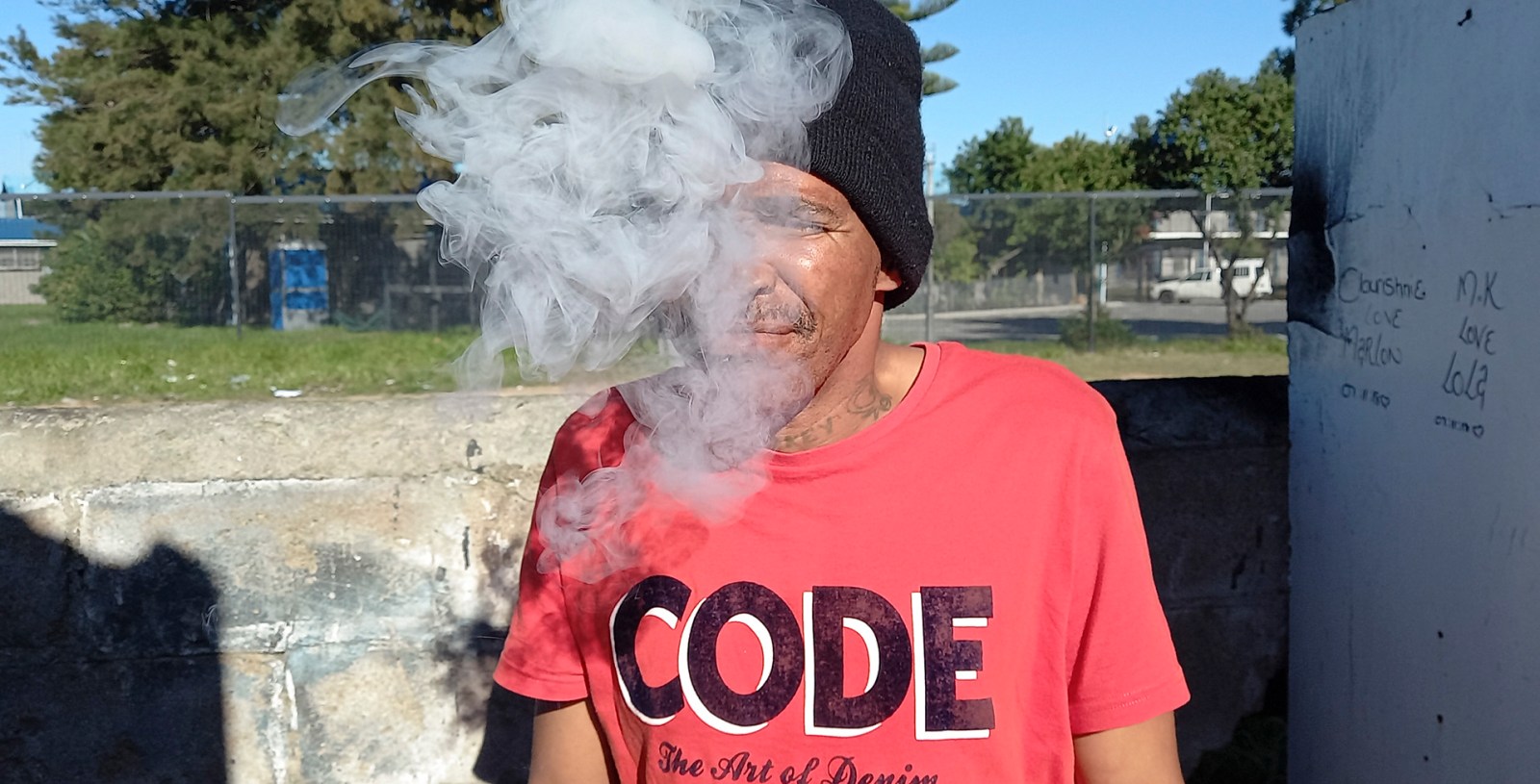 Dagga and mandrax tablets are among the drugs sold by the Americans gang in Atlantis along the West Coast. (Photo: Vincent Cruywagen)

‘Being part of the gang provides me with security so that I can walk freely in the area. At night when we go to our homes we make sure that everyone is safe. Those armed are the ones that go home last.’

A former high school learner in Atlantis near Cape Town was always bullied at school. To protect himself and stop the humiliation, he joined the Americans Gang.

Once fellow learners noticed the gang tattoo on the learner’s arm, the bullying stopped. But his allegiance to the Americans gang opened the door to another threat. He was marked by fellow gangsters at school and on his way to school.

Cassie (not his real name), now 18, has since left school and roams the streets with fellow gang members in Dura Flats in Atlantis. Along with Fernando (24), Nolan (27) and Lucian (21) he spoke candidly to Maverick Citizen about gangster life.

“It is because of bullying at school that I ended up joining the Americans gang. If it wasn’t for the bullying I would have finished my school career. I couldn’t handle it any more and I had to do something to stop.

“I was a punching bag at school. Some of the very same learners also assaulted me while I walked home after school. Everything changed when I became an Americans gang member and got my chappie [tattoo].”

He became deeply involved with the gang and dropped out of school. Inside the Americans camp, he said, he felt safe because if someone hurts or shoots him then he knows his fellow gangsters will protect him.

“Not even the police, our parents or family members cannot provide me with that safety,” he said.

“Being part of the gang provides me with security so that I can walk freely in the area. At night when we go to our homes we make sure that everyone is safe. Those armed are the ones that go home last.”

Fernando has been part of the gang for six years and has built himself a reputation. Turning his back on the gang is not an option for Fernando. Apart from the safety the gang provides him, he also generates a solid income from dealing in drugs.

“The money I make is the main reason why I don’t want to leave the gang. Where will I get the money that I earn? I have people in different areas selling drugs for me. All the money I collect goes to the main man and I’m satisfied with my earnings,” Fernando said.

The drug money, which amounts to thousands, he said, is used to arrange bail for gang members, provide food to poor members and, most importantly, to buy guns.

A 16-year-old high school learner who was recently shot in the stomach is also a member of the Americans gang. Like Cassie, he also had to endure constant bullying at school.

The learner said: “Parents don’t understand the effect bullying has on a person. You feel hopeless and no one can help you. Here I have the American gang members looking out for me. Everyone in the schools knows that I’m a gang member. The bullying has stopped and I continue attending school.”

In Leonsdale, Elsies River, 55-year-old Danny, a reformed drug addict living in the Terribles gang territory, is feeling the brunt of the positive decision he took. He turned his back on drug dealing and now he is tormented by gangsters in his area.

“When I was a drug addict and dealing in drugs I made enough money. I had everything in life. But everything changed when I decided to get out of the evil cycle.

“Today I’m struggling to make a decent salary. I’m renting out a granny flat on my premises to foreigners. Members of the Terribles are continuously harassing them and have also thrown stones and attacked my house,” Danny said.

He added that nobody dares to question the authority of the Terribles gang. The leader of the gang is said to kill those who don’t want to commit a murder.

“So how can I, as a normal resident trying to make a living, dare to raise my voice against these ruthless killers?” Danny asked. DM/MC