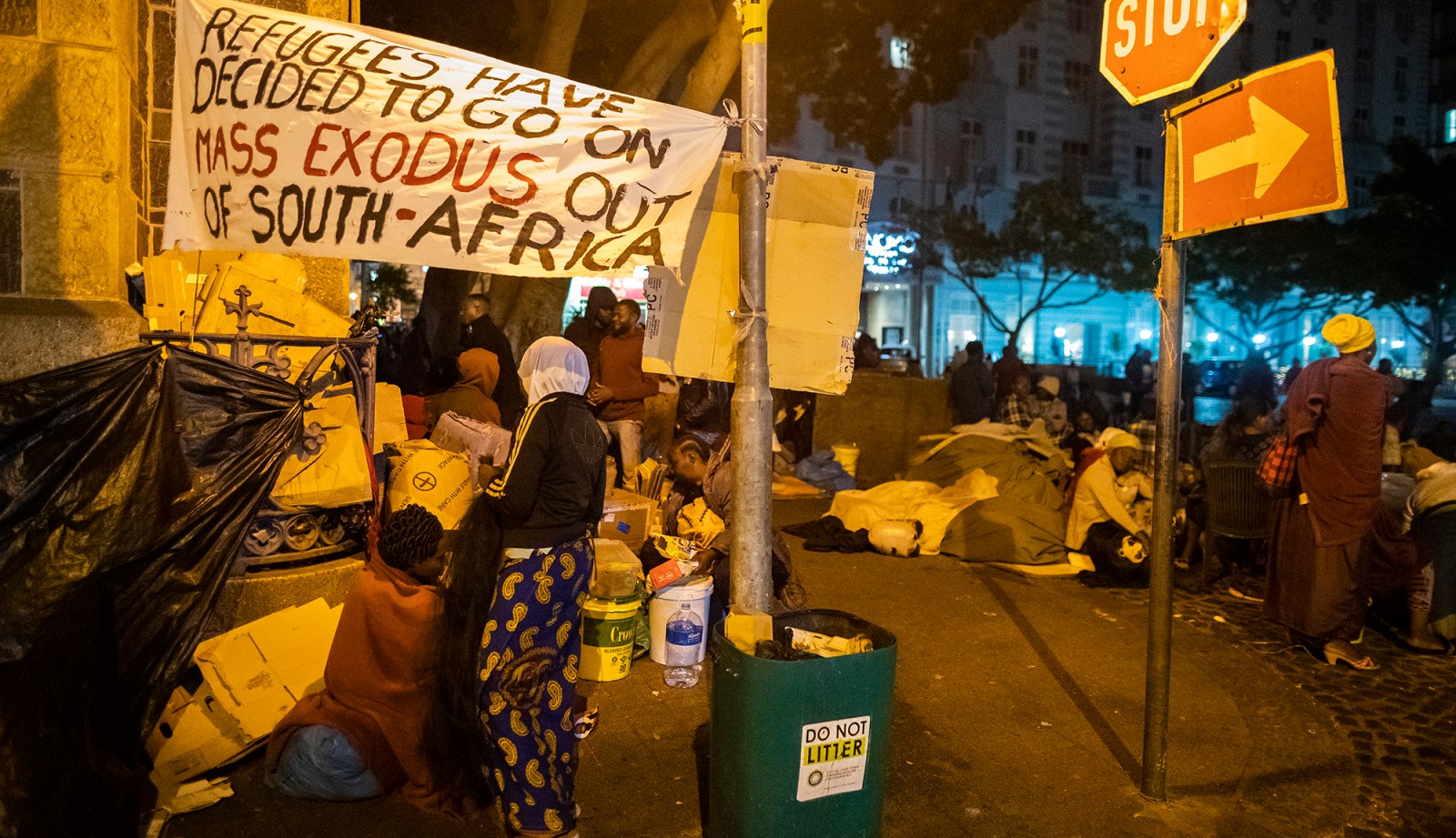 The law and policy applying to refugees and asylum seekers in South Africa are largely progressive. But while refugees enjoy the general rights guaranteed to them by Section 27 of the Refugees Act and the full legal protection of the Constitution’s Bill of Rights, the authorities seldom comply with them.

Kaajal Ramjathan-Keogh is Director of the Africa Programme at the International Commission of Jurists.

World Refugee Day is commemorated each year on 20 June to raise awareness of the plight of refugees around the world and of efforts to protect their human rights. According to the UN Refugee Agency (UNHCR), as of March 2021 South Africa hosted 266,946 persons of concern, including refugees, asylum seekers and stateless persons.

The law and policy applying to refugees and asylum seekers in South Africa are largely progressive. The circumstances that qualify an applicant for refugee status in Section 3 of the Refugees Act are drawn from the provisions of the 1951 UN Refugee Convention and the 1969 OAU Refugee Convention.

Refugees enjoy the general rights guaranteed to them by Section 27 of the Refugees Act and the full legal protection of the Constitution’s Bill of Rights, including rights to wellbeing, equality before the law, human dignity and non-discrimination. The authorities responsible for giving effect to these positive legal protections, however, seldom comply with them in their treatment of refugees.

In addition, the UNHCR acknowledges that asylum seekers in South Africa are caught up in a complex mixed-flow environment and it is supporting a project to deal with the backlog of 153,000 asylum cases by 2024. South Africa is notorious for having the largest asylum backlog in the world.

The Covid-19 lockdown, physical distancing and related legal and social challenges have been difficult for everyone. However, the pandemic has been particularly arduous for refugees and asylum seekers who were unable to renew the permits that the Department of Home Affairs had issued to them.

Since 2000, when the Refugees Act became operational, asylum seekers and refugees have had to queue for long periods as they needed to present themselves in person to either apply for asylum or seek a renewal of their permit. A positive outcome of the Covid-19 pandemic is the creation of the online permit renewal system for asylum seeker and refugee permits. The system can verify the permit for third parties such as employers and can be used to access schools, employment, banking and other services. The only unknown in this process is that it is uncertain how long the renewal process is likely to take. In a progressive move, South Africa has included asylum seekers and refugees in its Covid-19 vaccination roll-out.

Conversely, small businesses operated by migrants and refugees have over the years been the target of xenophobic hostility and attacks. This deleterious climate for migrants, refugees and asylum seekers has prompted calls for stricter regulation of their business enterprises. In their wake, the South African government, at local and national levels, has proposed certain legislative measures that, if enforced as currently formulated, would actively seek to keep non-citizens out of the economy.

We see this with the Gauteng Township Economic Development Bill, which purportedly aims to promote local economic development in designated townships by facilitating the creation of viable township businesses. If enacted in its current form, however, the bill would establish a development fund whose economic benefits and incentives would be strictly reserved for citizens and permanent residents. This would exclude documented non-citizens such as asylum seekers and refugees.

The net impact of this would probably be that many non-citizens would be prevented from making a living, leaving many destitute and homeless. Were this bill to be enacted, South Africa would fail to comply with its human rights obligations under national and international law. Moreover, there is a real risk that the bill would fuel existing xenophobic sentiment, which could result in recurrences of xenophobic violence.

Similarly, attacks on foreign truck drivers have been ongoing for several years. In a purported attempt to deal with the problem, in early 2021 the Transport Department proposed regulations that seek to ban foreign truck drivers who do not have a valid South African Professional Driver’s Permit from driving a vehicle registered in the country. As a result, if passed as currently formulated, these regulations would detrimentally affect refugees and other non-citizens residing in the country, including by infringing their constitutional right to fair labour practices, a right which everyone, whatever their citizenship, is entitled to enjoy.

A recent civil society report found that lesbian, gay, bisexual and transgender (LGBT) refugees are being denied asylum despite being eligible for protection under domestic and international law. The report found that refugee status determination officers are not aware that persecution based on someone’s real or imputed sexual orientation and/or gender identity is a legitimate reason for asylum, or that sexual and gender minorities constitute a protected social group under the Refugees Act.

The Special Dispensation for Zimbabweans originally commenced in 2010, after a large number of Zimbabweans began fleeing serious political upheaval in their country. South Africa encouraged Zimbabweans present in South Africa, who either had an asylum seeker permit or were undocumented, to obtain Special Dispensation permits instead. These permits were open for renewal in 2014 and again in 2017. Only individuals who applied originally for the special permit in 2010 were eligible for renewal.

Currently, however, holders of these permits face uncertainty as they are set to expire in December 2021, and there has been no indication of whether they will be renewed. The holders of the special permits fled Zimbabwe for reasons related to political and economic instability and should qualify for asylum. The special dispensation was a way to document these people quickly without clogging up the already inefficient asylum system.

Although attitudes towards non-citizens, including refugees, vary, there is strong evidence that non-citizens living and working in South Africa face discrimination at the hands of government officials, the police and ordinary citizens.

In response to conflict involving refugees and migrants, the South African government has proposed ill-fitting laws and policies that do not always address the conflict, let alone its root causes, nor facilitate the smooth integration of refugees into local communities. The exclusion of refugees from processes for economic upliftment is short-sighted.

If a society’s respect for the basic humanity of its people is to be measured by its treatment of the most marginalised and at risk, then the treatment of refugees presents a disturbing testament to the long road South Africa must still travel to build a national culture of human rights and respect for all. DM