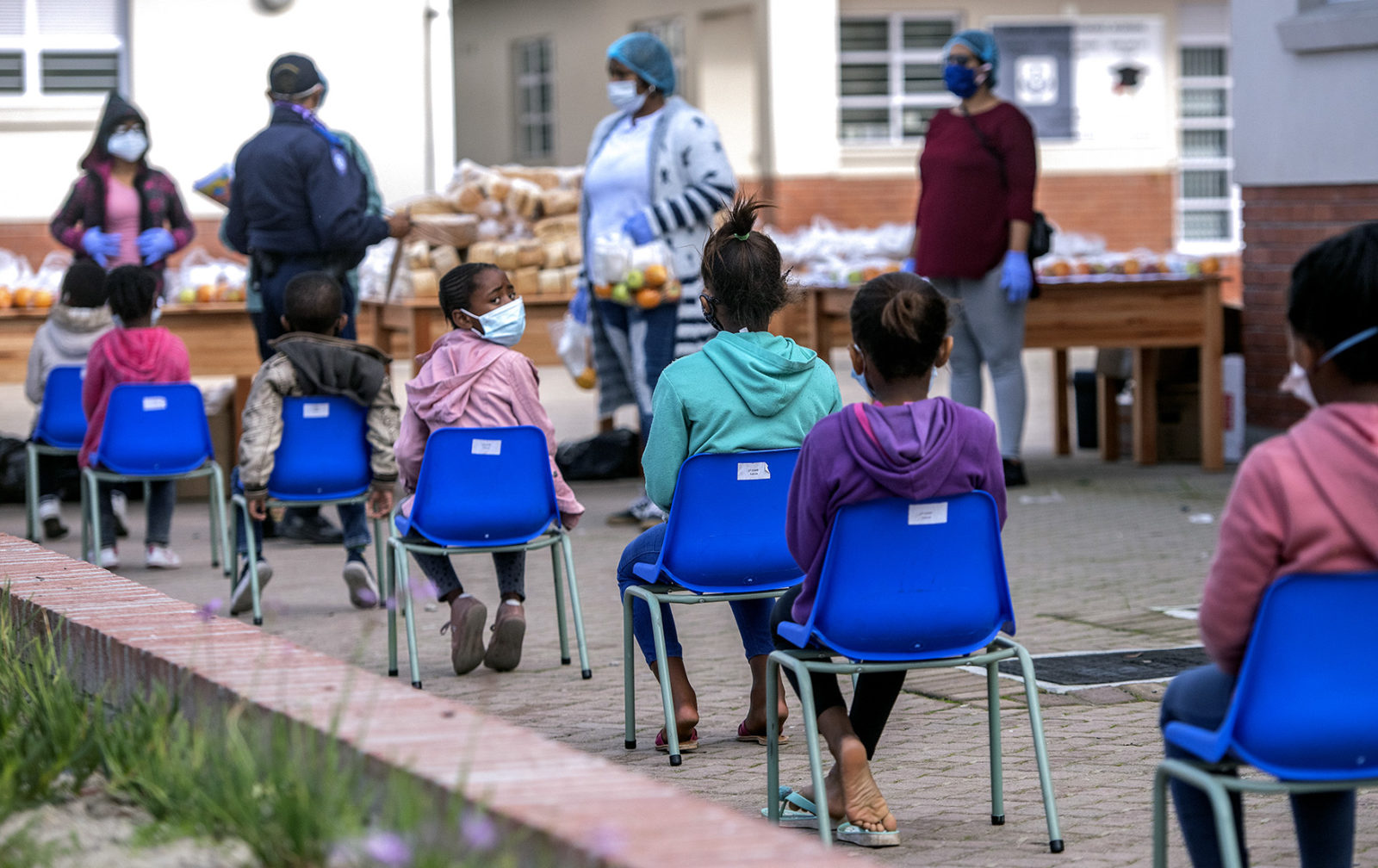 CAPE TOWN, SOUTH AFRICA - MAY 21: A general view of children and adults at Delft South Primary School standing in line to collect literacy books, sandwiches, oranges and apples on May 21, 2020 in Cape Town, South Africa. This initiative is part of Living Through Learning which is a NGO/NPO that assists disadvantaged schools by implementing literacy programs and training teachers funded by ACSA. (Photo: Gallo Images/Brenton Geach)

A survey by the Western Cape education department indicates that only 328 out of 1,523 schools teaching Grades 1 to 7 are able to reopen fully in July, the provincial legislature heard.

On Tuesday 15 June, the Western Cape education department (WCED) said there are 1,195 schools in the province teaching Grades 1 to 7 that are not yet ready to reopen for full-time teaching. This was based on their own surveys.

The department announced on 29 May that full-time classes would resume for Grades 1 to 7 at the start of the third term on 26 July. This would mean that learners in those grades would attend school every day and that normal timetables would apply.

However, a departmental survey of schools teaching the first seven grades discovered that almost 1,200 of the 1,523 schools were not ready to reopen at the end of July. This includes primary schools, preparatory schools (that only teach foundation phase) and special needs schools.

The WCED’s Archie Lewis told the provincial legislature’s education oversight committee the survey found that only 328 schools teaching these grades could fully reopen, as they complied with Covid-19 regulations.

Lewis said the 1,195 schools that could not reopen indicated that physical distancing was the main problem.

According to a presentation distributed during the committee meeting, 14 schools are earmarked for additional mobile classrooms. These are expected to be completed between July and October this year.

Lewis said the “biggest obstacle” to a full reopening was the requirement that learners maintain a space of one metre between one another. This is often not possible due to large class sizes.

Lewis said schools unable to reopen fully must give the department reasons for this, and also provide catch-up plans for learners. This must be done by 30 June, said Lewin.

Those schools in the province that are unable to fully reopen would revert to the adapted timetables whereby learners would attend classes on alternate days, said Lewis.

But with the 30 June deadline around the corner, and South Africa on the cusp of a third Covid-19 wave, there could still be objections from teachers, Lewis told the committee.

On Monday, Daily Maverick reported that Aspen would provide 300,000 doses of the Johnson & Johnson vaccine for teachers. Lewis said this could “perhaps facilitate the process of more learners returning to schools”.

The call for teachers to get vaccinated began in April, when the education department confirmed it was in talks with the health department to get teachers vaccinated before full-time schooling resumed, reported News24. DM