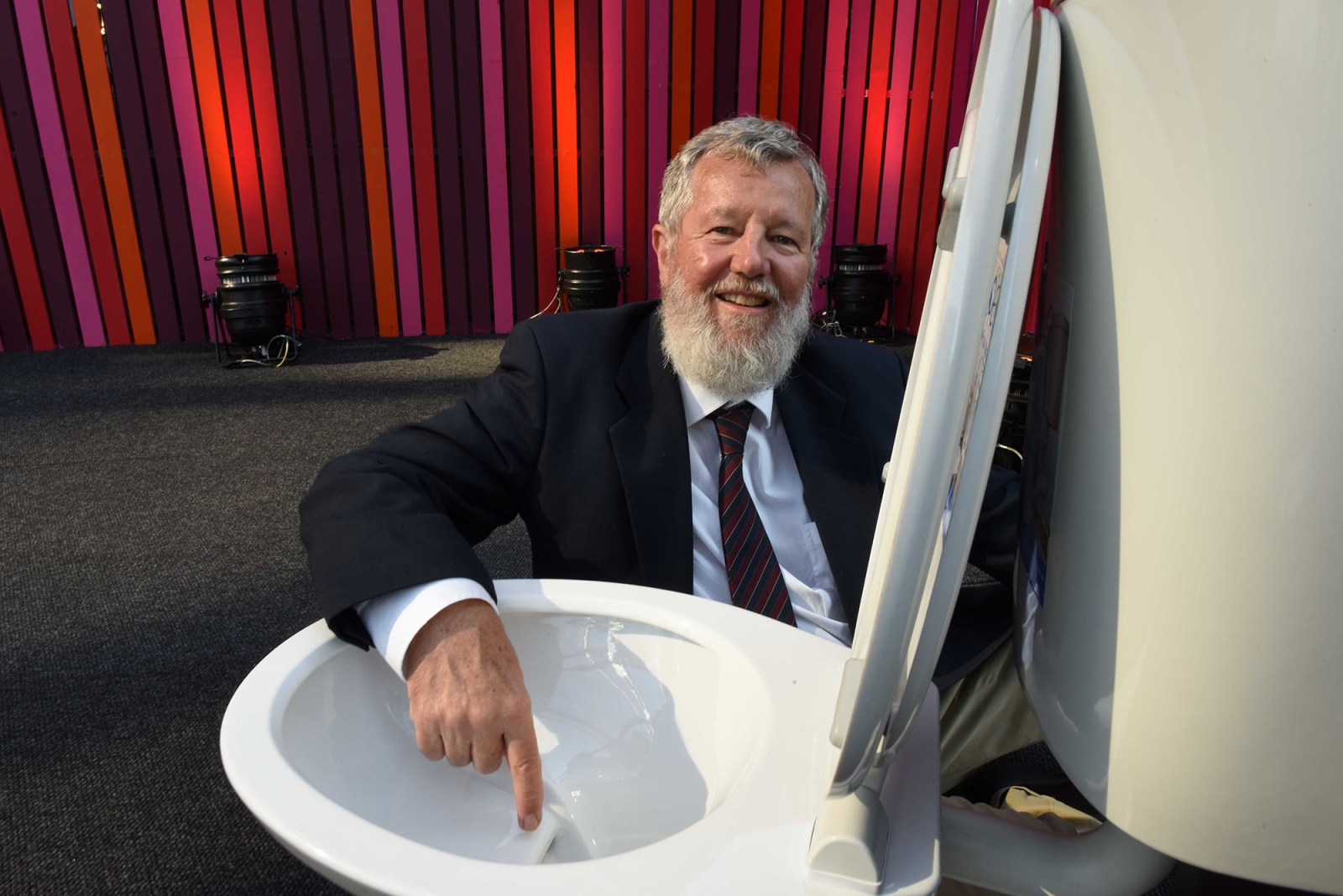 Chris Buckley was a chemistry boffin who charmed billionaires, reinvented toilets, toyed with ‘uricity’ and trained a new generation of sanitation engineers.

People often fret about money being flushed down the toilet.

Professor Chris Buckley was more worried about the water itself. Why do we still contaminate and flush away so much clean water? And could there be a better use for all those number ones and number twos?

In between building up an archive of freeze-dried faecal samples, converting urine into fertiliser and persuading billionaire philanthropists to fund his water conservation research, Buckley helped to put Durban on the map as a centre of global innovation – by redesigning toilets to save water, reuse human waste and reduce environmental pollution.

In 2020, the University of KwaZulu-Natal (UKZN) chemical engineering boffin also collaborated with a group of English researchers on a novel pilot project in a local shack settlement to produce “uricity” (that is, electricity produced from the biodegradation of urine).

Buckley, 72, who died from cancer on 27 May, was involved in a wide range of local and international collaborations, including a global initiative to “reinvent the toilet”, during a research and teaching career that spanned nearly 50 years.

He was also founding director of the PRG, the UKZN Pollution Research Group (now known as the WASH R&D Centre).

Three decades ago, when his focus shifted firmly to sanitation, the collection and management of human urine and faeces was not an issue that many academics chose to get involved in – but that was not Buckley’s approach.

“I guess our work takes a special sort of enthusiasm and quite a bit of cajoling, but now we are the go-to people for data in this area, along with the testing and development of new sanitation solutions,” he said in an interview in 2020.

“Roughly 35% of the water used in most households gets flushed down the loo – and one of the reasons for this is that the first flush toilets were developed in the 1800s and their design was shaped by the need to have a four-inch (about 10cm) diameter outlet pipe.”

This was because early pipe-glazing techniques were determined by the width of a glazier’s hand. As a result, these large-diameter pipes led to correspondingly large volumes of water being used to flush the U-bend effectively.

Such historical anachronisms can be perpetuated in design for centuries – much like the narrow gauge of several modern railway lines, which some historians believe can be traced back to historic transport routes whose dimensions were shaped by the backside width of two horses pulling a Roman war chariot.

However, with innovative modern technology and re-engineering, Buckley felt it was possible to redesign toilet pedestals to use as little as 1.5l to flush away faeces – compared with the 10l used in some of the older chain-pull toilet cisterns.

During the 1990s, Buckley and his colleagues worked closely with the eThekwini Municipality to provide basic sanitation to thousands of informal residents around Durban.

While the municipality was criticised for providing “third-class” sanitation for poor communities, the city aimed to extend basic sanitation to as many people as possible within a limited budget. It was also difficult from an engineering perspective to retrofit water-borne sewage infrastructure within the tight confines of unplanned, densely populated settlements.

But, to demonstrate the importance of practising what he preached, Buckley installed a new “thunderbox” in the back garden of his home in Westridge, Durban. This prototype toilet was designed to separate urine and faeces at source, as a means to reduce the volume of effluent entering municipal sewage treatment works and also to turn waste into valuable commercial resources.

During his career Buckley trained, supervised or co-supervised more than 120 master’s or PhD students (which often incorporated lengthy after-hours beer-appreciation sessions) – a remarkable achievement for a small research group which had to raise its own grant funding.

But the ever-resourceful professor, who until recently drove about in a pale-blue 1980s model Toyota Corolla, pulled off a major coup by persuading Microsoft mogul Bill Gates to invest significant funding into several UKZN research projects.

Gates visited Durban in 2004 and Buckley and municipal officials spent three days guiding him around several informal settlements in Durban to showcase a variety of innovative sanitation projects.

Buckley fretted that those three days of spadework might come to naught, but he was later invited to Seattle to develop a detailed funding proposal and the PRG landed a $400,000 grant to advance global toilet technology through the Bill & Melinda Gates Foundation’s “Reinvent the Toilet Challenge”.

During a tour of his pollution research laboratory on the Howard College campus shortly before his death, Buckley invited me to “test-drive” one of the new toilets – a high-end, shiny porcelain urine-diversion pedestal developed by the Vienna-based EOOS Design Studio.

Nearby there was also a big red machine that looked a bit like a Victorian-era steam train with no wheels. This was in fact a LaDePa (Latrine Dehydration Pasteurisation) machine which was developed to heat-treat faecal sludge with infrared rays and produce pellets of decontaminated fertiliser.

Elsewhere in the laboratory, a technician was busy installing a new 3D printer that would be used to manufacture a range of prototype toilet pedestals.

In a tribute posted by UKZN, former university colleagues described him as “one of those unique people that always managed to inspire everyone with his astonishing general knowledge and deep understanding of science and engineering”.

They also remembered a colleague who, after intense discussion about a particular engineering problem, would quietly stand up, straighten his Father Christmas beard and then miraculously summarise all that had been said in a perfect diagram on the nearest whiteboard.

“His charismatic personality, radiant smile and mischievous sense of humour will forever be remembered.” DM