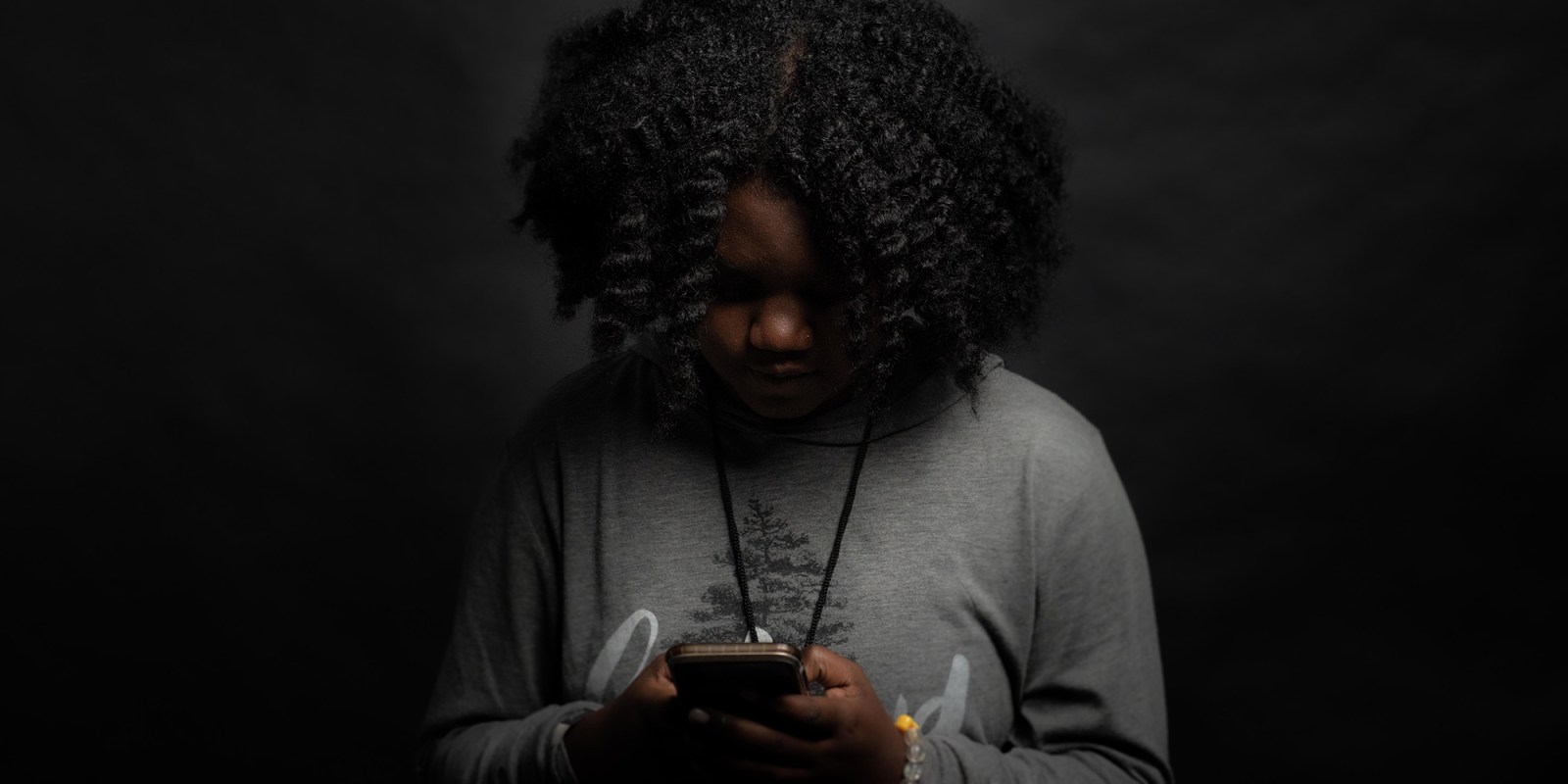 One striking aspect of disinformation is how seemingly patently unbelievable it is. Suggesting, for example, that Covid-19 isn’t real or deadly, or that the holocaust didn’t happen, are so far removed from reality it seems scarcely plausible that anyone would take them seriously. In previous pieces we have looked at the reasons that some people look for outlandish explanations and the power of conspiracy theories. An aspect we haven’t touched on in any focused manner is the issue of denial.

One of the authors of this piece had the misfortune of attending a boys’ only school in the late 1980s, at the height of Christian nationalist education. Corporal punishment was dished out at will. The headmaster, a snivelling smarmy git, took great pleasure in assaulting boys for any infraction. A best friend at the time was outside class when he should have been inside; he was also poking the author with a hockey stick through a window. Git headmaster saw the whole thing. My friend was pulled by his ear to Git’s office, and we were certain that he would receive six “flaps” or six strikes with a cane.

Some while later, the friend emerged and came to class smiling – no pain, no detention, no beatings. He turned out to be the best liar, by employing the tactic of denial. When Git asked him why he was not in class, he denied he wasn’t in the class. When Git charged that he saw him more than 10 minutes late and using a hockey stick through the window, he denied it. He wasn’t using the stick. He made no counterclaim, offered no alternative, he just denied everything. Git relented and sent my friend back to class.

The point here is that even though the person was caught red-handed, he stuck to a policy of flat-out denial. At first it seems crazy, but when someone does so in a manner where they seemingly cannot see how it could be anything other than obviously what they claim, it can leave the person who caught them doubting their own experience.

The tactic was on full display this week. Jonathan Witt had tweeted:

“People have spent a year trying to have my job, my license, and my ability to earn a living taken away from me because they disagree with my politics and my positions on this pandemic.

Again, and again my opinions prove correct, but they suffer no consequences for their harassment.” Our emphasis. (We cannot include link to original tweet as we have been blocked.) 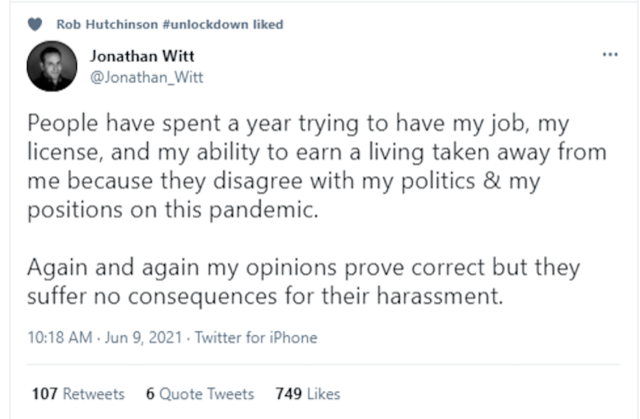 In response, DFR Lab’s Jean le Roux posted a series of tweets that showed just how at odds with reality Witt’s opinions were and how they were not correct.

– COVID was in the plateau phase in February 2020, and unlikely to arrive in Africa;

– the NICD found 848 cases linked to the event, likely because they spent more than 90 minutes on ithttps://t.co/Yueu5jyCem pic.twitter.com/Y1TBij1wJP

"ENEMIES AT THE GATES!"

"More people in China (and worldwide) will die of influenza this year than nCoV."

"Mortality rate lower than flu in the developed world."

Le Roux pointed out several instances where Witt was wrong. Witt’s response? You guessed it. Denial mixed with attack.

The tactic of denial means not only do they deny reality, even when exposed, the denier also then further denies any level of culpability. Perhaps one of the clearest examples of it relates to a group claiming the name of an endangered animal with rings round its eyes. Whenever their false statements have been proven to be false, they attack those who challenge them and even when found to have lost, again still deny they ever did anything wrong.

This story by Rebecca Davis and Nafeez Ahmed looked at some of the group’s claims, and the response to them provides good examples of denial and obfuscation. The group lodged a complaint with The Press Council, where all but one of the complaints were not upheld.

On 11 June 2021 the group’s application for leave to appeal was denied. “For an application for leave to succeed, an applicant must show reasonable prospects of success before the Appeals Panel. The Ombud has dealt with the issues thoroughly, and correctly. For the reasons given in the Ruling, considered within the context I set out above earlier, it is my view that the applicant has no such prospects of success.” From SA Press Council Justice BM Ngoepe.

Compare the denialist approach to that of actual scientists, and those who don’t seek to misinform. The basic principles of scientific inquiry mean that ideas and propositions are tested, results subjected to peer review, and only after a rigorous process do claims come to be accepted as valid. It is through such processes that we learn and advance. Thus, at the start of the pandemic, mask-wearing was not seen as one of the most useful methods of protection, but as scientists came to understand Covid-19, and as they tested and researched masks, they changed their view to be where we are now – we know that masks help prevent the spread of Covid-19.

It is thus critical that we rely on credible institutions for accurate information. It is why, when scrolling through your social media timelines, or actively participating on digital communication platforms, information presented should never just be taken as fact. Be sceptical of the posts you read. Be critical of the forwarded messages you receive. Double check the sources. Triple check if you need to. Remember, if you come across content on social media that could potentially be hate speech, incitement, harassment, or disinformation, report it to Real411.

Again, we take this chance to also remind you: We are approaching that magical period where political parties need to show us that they care, so in addition to asking about what they will do in your area, ask them to issue one public statement a month in the lead-up to elections that highlights and condemns any attacks on our journalists AND then to demonstrate what action they took to help combat that. DM/MC