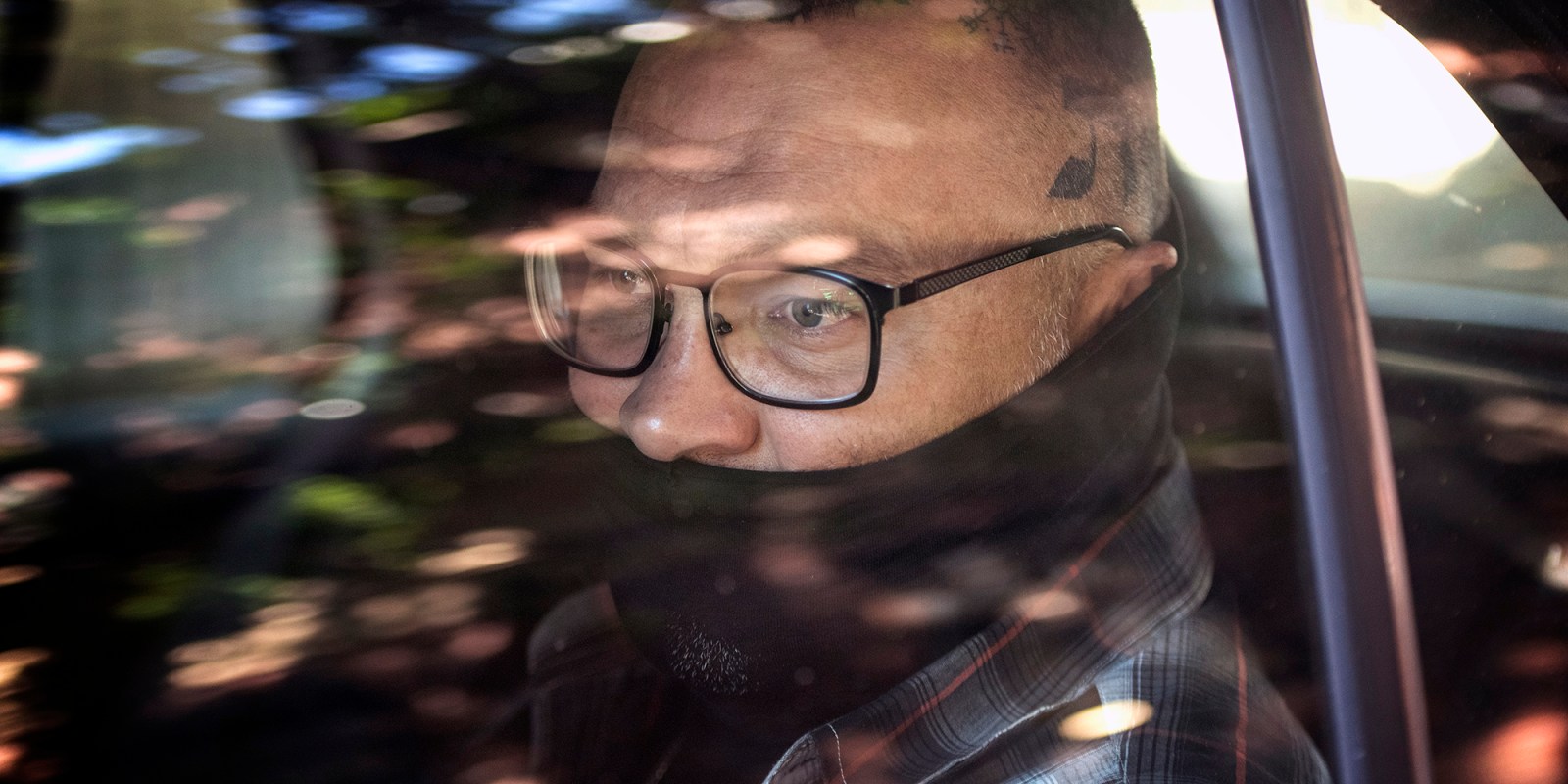 Senior counsel for alleged underworld kingpin Nafiz Modack is happy to proceed with the matter, while fellow murder accused Zane Kilian has requested more information from the State.

Before proceedings in the Blue Downs Regional Court were halted on Wednesday due to a case of suspected Covid-19, a revised indictment consisting of 121 charges was handed in by prosecutor Greg Wolmarans. The previous combined indictment consisted of 62 charges.

However, the revised indictment remains relatively unchanged. The murder count reads that Modack and Kilian, on or about 18 September and at or near Gearing Road, Bishop Lavis, “unlawfully and intentionally killed” Anti-Gang Unit (AGU) member Lieutenant-Colonel Charl Kinnear.

The charge sheet now includes at least 3,000 occasions on which Modack and Kilian are alleged to have unlawfully tracked cellphones.

The revised detailed indictment is in direct response to an earlier interlocutory application lodged by Modack’s senior counsel, Dirk Uys.

Uys sought more information on the five occasions on which members of the Junky Funky Kids allegedly conspired to commit murder, to specify whether anyone other than Modack had ever been charged with conspiracy to murder Kinnear and if so, whether any such person had ever named Modack as his/her co-conspirator.

Uys told the court he had been provided with a summary of the three matters.

“Although I’m not satisfied, I’m in a position to proceed with my client’s bail application,” he said.

The charges relate to five attempts to murder Kinnear in November 2019, his murder on 18 September 2020 and the attempt to murder Booth on 9 April 2020. Other charges include contravening the Prevention of Organised Crime Act, money laundering, extortion, corruption and contravention of the Electronic Communications Act.

Modack and Kilian, according to the State, were key players in the murder of Kinnear and the murder attempt on Booth. The two are alleged to have tracked the phones of Kinnear and Booth leading up to and on the days of both incidents.

Jantjies and Adonis allegedly conspired with Modack on five occasions in November 2019 to murder Kinnear. The prosecution contends that it was Jantjies who had carried out Modack’s instructions. She allegedly hired several people to kill Kinnear and also orchestrated a failed hand grenade attack at Kinnear’s house on 23 November 2019.

Jantjies is also alleged to have corrupted Tabisher to supply Modack with vital information relating to intended raids at his house. In return, Tabisher was allegedly paid R10,000.

Advocate Bruce Hendricks, appearing for Tabisher, told the court his client was ready to proceed with his bail application. Tabisher, in his signed affidavit for bail purposes, criticised the 56-page affidavit by Warrant Officer Trevor Shaw submitted during opposing bail for Jantjies in the Parow Regional Court.

Shaw’s affidavit not only played a significant role in Jantjies’ bail being denied, but also set out the corrupt relationship that Tabisher allegedly had with Modack.

Magistrate Richard Sikhwivhilu denied Jantjies bail on Wednesday, 5 May, in the Parow Regional Court. Much of the ruling included remarks made by Shaw.

Tabisher said there was no evidence that he had contacted Modack, had any dealings with him or provided any information to him via Jantjies or any other person.

“I never acted on my own, all incidents relating to Jantjies and Adonis were done under the guidance, supervision and instructions of my direct commander, Captain Stone, and Major-General André Lincoln,” said Tabisher.

He said his accusers wanted the court to believe that “I, as a sergeant in the police, infiltrated the AGU and obtained information for Modack. I don’t know Mr Modack and I want the State to prove my so-called involvement with Mr Modack,” his affidavit read.

Marius Botha, representing Kilian, told the court he was still awaiting additional information he had requested before proceeding with his client’s bail application. This will be heard on Monday, 14 June, after which the court will determine a date for the bail applications of all the accused to be heard.

Modack, Kilian, Cronje, Tabisher and Morgan are back in the Blue Downs Regional Court on Monday, 14 June. DM/MC