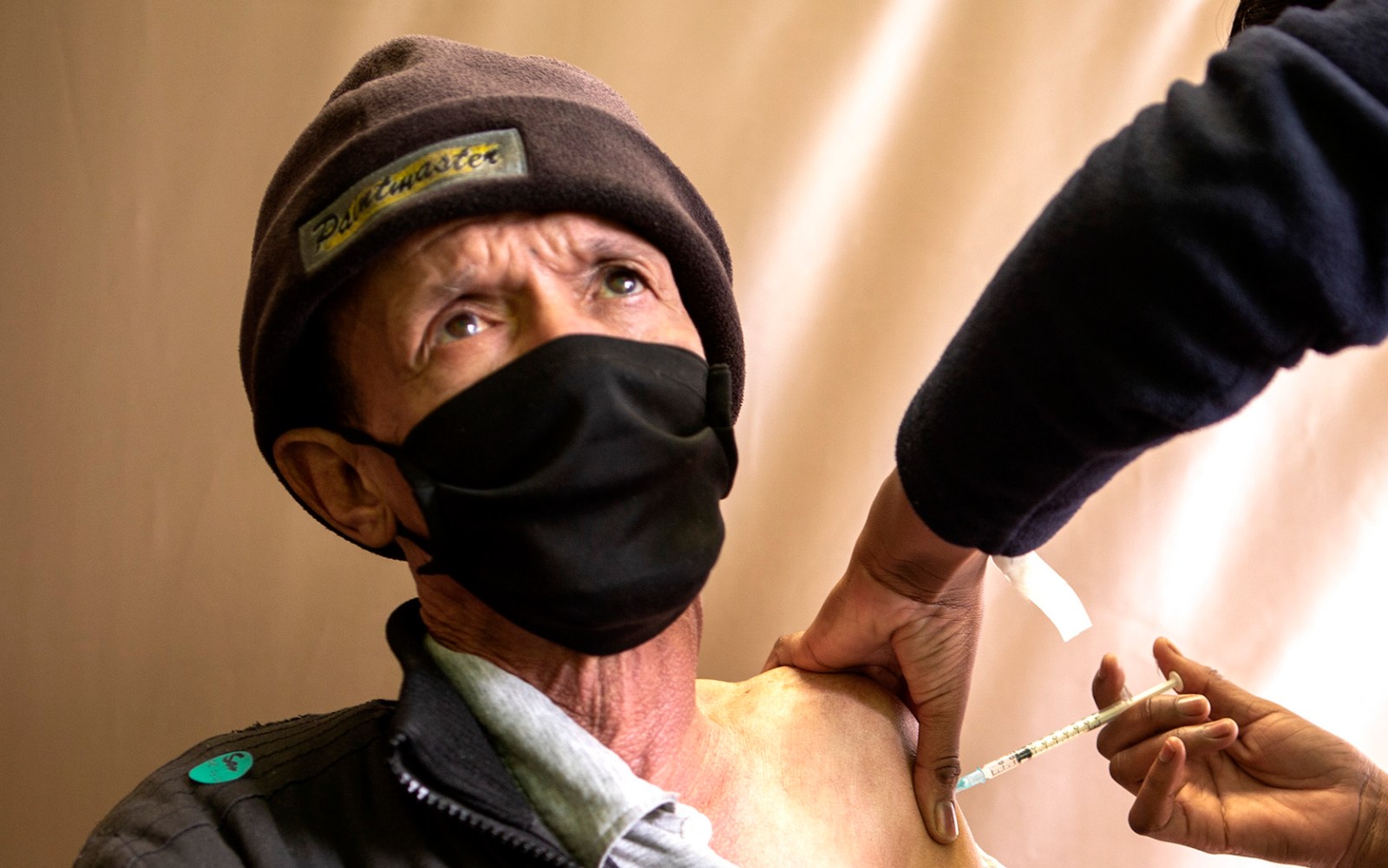 Health Minister Zweli Mkhize was placed on special leave as he visited the Northern Cape to find a way to boost the province’s vaccination roll-out. Meanwhile, Netcare has scaled back vaccination because of a lack of vaccine doses and Western Cape nursing students have stepped up as vaccinators.

The Northern Cape has vaccinated 8,132 people in the province across seven vaccination sites. It had used all vaccine doses available to it before the latest delivery over the weekend; however, its roll-out faces numerous challenges.

On Tuesday Health Minister Zweli Mkhize visited the Northern Cape to plan how the national Department of Health can boost the province’s vaccine roll-out.

Mkhize said the scarcity of human resources, infrastructure and funding, as well as the vast distances between communities, are all posing challenges to the province’s vaccination roll-out.

The national Department of Health will help the Northern Cape to source more resources within the budget the province has left, he said.

The South African Health Products Regulatory Authority is in discussion with the US Food and Drug Administration over the release of the Johnson & Johnson vaccines, he said.

“Those vaccines have been ready for a month and a half. We are desperate for those vaccines. We needed them yesterday. Two-thirds of people who need to be vaccinated are awaiting the Johnson & Johnson vaccine,” he said. The Northern Cape’s roll-out plan was designed using Johnson & Johnson, he added.

Hours later, Mkhize was placed on special leave by President Cyril Ramaphosa. Mkhize had told reporters in the Northern Cape that he had requested special leave.

Minister of Tourism Mmamoloko Kubayi-Ngubane will serve as the acting minister of health “until further notice”.

Meanwhile, Netcare has said it has had to scale back on administering vaccines because of supply constraints, according to the company’s chief executive officer, Dr Richard Friedland.

“We could be doing about 4,500 vaccines at our three megasites and we have another 30 primary care health facilities at Medicross centres. We are waiting for final registration on that, which will take us to over 6,000 vaccines a day,” he said.

They will work at sites in the City of Cape Town metro and the Cape Winelands. The students completed their vaccination competency training in the third year of their studies and received extra training this year in how to administer Covid-19 vaccines. DM/MC