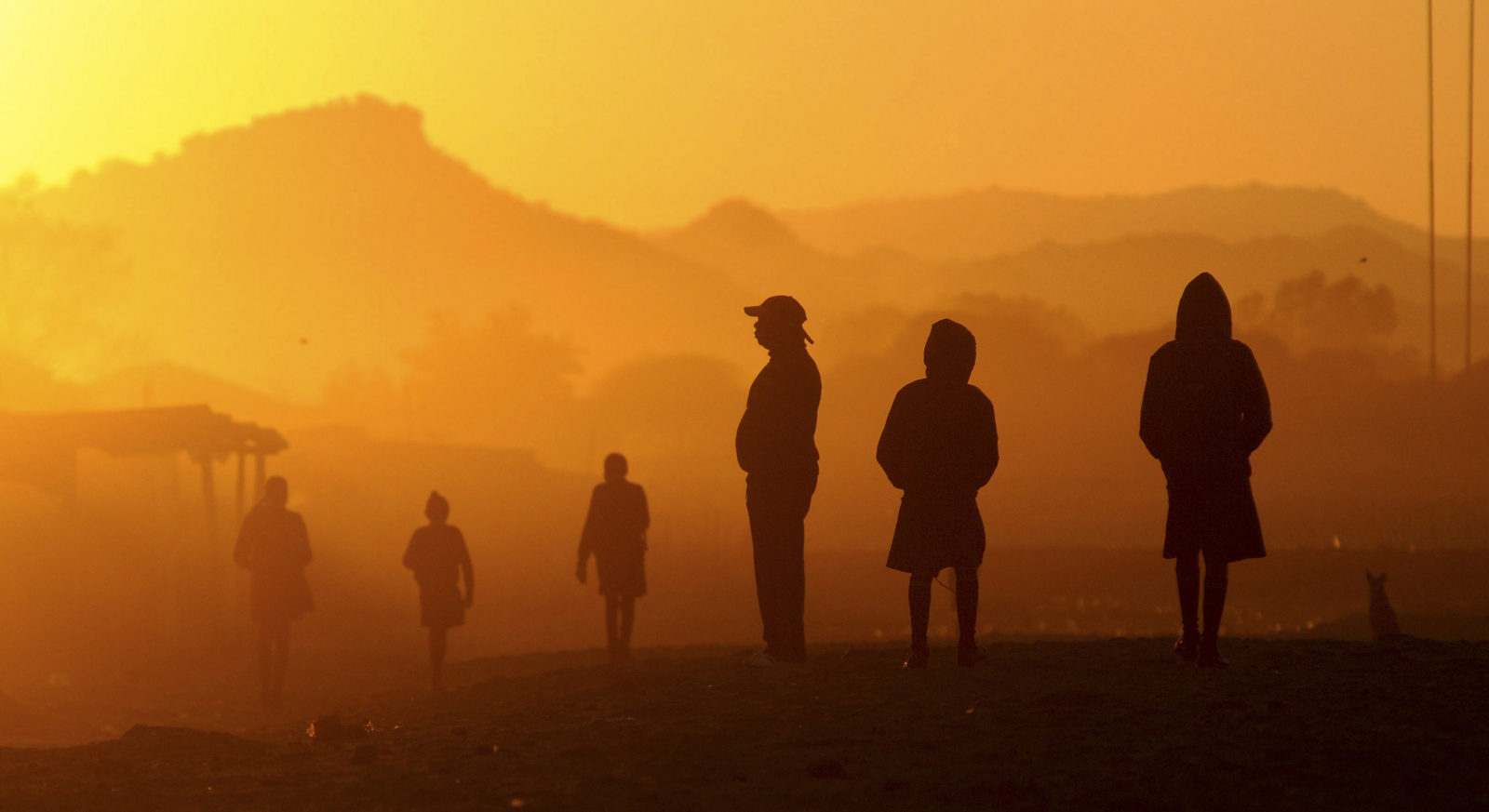 The price of a basket of platinum group metals (PGMs) has increased fivefold since 2018, with much of that upside coming in the last year. How far can they go?

The share prices of once-beleaguered platinum miners have risen exponentially, with the likes of Impala Platinum up 93% in the last year, Royal Bafokeng up 200% and Anglo American Platinum up 52%.

Shareholders are smiling as miners reinstate dividends, with the latest being Royal Bafokeng Platinum, which declared a maiden dividend in March on the back of surging profits. With strong balance sheets for the first time in many years, producers have taken the opportunity to rethink their capital allocation strategies, with some investing in additional productive capacity.

However, a recent easing in prices had investors rushing for their phones as they wondered whether the rally in PGM prices was sustainable. That’s because a growing number of governments and business leaders are making commitments to reach net zero emissions within their jurisdictions or businesses – this does not bode well for the industry, which generates 60% of its revenue from the sale of catalytic converters to the automotive industry.

To date, more than 50 countries have communicated such “net zero targets”, including the world’s largest emitters – China and the US.

The rapid growth in these numbers has partly been driven by the UN secretary-general, who asked countries to come forward with net zero targets. The UN High-Level Climate Champions’ Race to Zero campaign also calls on regions, cities, businesses, investors, and civil society to submit plans to reach net zero emissions by 2050 in advance of the United Nations climate negotiations (COP 26) in Glasgow in November 2021.

The paths proposed for decarbonisation will affect the full spectrum of commodities. Base metals like copper are the most likely beneficiaries of this trend towards a green global economy, while fossil fuels like coal and oil are facing an existential threat, says Unathi Loos, a portfolio manager at Ninety One. The fate of PGMs is less easily categorised, she says.

With this in mind, Loos hosted a panel discussion on the topic of net zero carbon emissions and what this means for the future of the PGM market. She was joined in the discussion by Nico Muller, CEO of Impala Platinum, Steve Phiri, CEO of Royal Bafokeng Platinum, and Bernhard Fuchs, the senior vice-president at materials technology company Umicore.

On the one hand, the use of PGMs in autocatalytic converters since the 1970s has played a vital role in reducing car emissions, by converting harmful hydrocarbons, carbon monoxide, and nitrogen oxides into less harmful gases. But if internal combustion engines (ICEs) are phased out, the outlook for PGMs beyond 2030 looks challenged.

“Autocatalytic converters used in ICEs account for about 60% of PGM 3E demand (platinum, palladium, rhodium),” Loos says. In addition, the recovery in auto sales as the Covid-19 lockdowns have eased surprised many with its strength and duration. Given the high levels of household disposable incomes and the aversion to crowds post-pandemic, the demand for cars could be sustained in the very near term, which is good for the PGM producers, she says.

The recent volatility in prices was not that surprising given the very high price level at the moment, says Umicore’s Fuchs.

“PGM demand is driven by the car market, and purchasers are looking at PGMs more carefully given their exposure. But this dip in demand was clearly due to the global chip shortage – nothing else. We hear about consumer confidence and how strong car order books are – but without the right chips manufacturers have to slow their production processes. This slows the demand for catalytic converters and PGMs.”

The lack of investment in the sector over the past decade, the declining production profile of existing mines, and the limited availability of sustainable projects at long-term prices are also supportive of high prices for much longer still.

“Fundamentally we are in a tight market, so I am bullish about prices, particularly for rhodium and palladium. I would tell those who panicked to calm down. In fact, I’d advise them to fasten seatbelts over the next year.”

However, while producers are optimistic that demand for PGMs will be strong over the next decade given the demand and supply fundamentals, “visibility becomes blurry beyond this time frame”, says Royal Bafokeng’s Phiri.

“We are seeing a tightening of emissions standards, such as in light and heavy-duty trucks,” confirms Impala’s Muller, “but we don’t see demand from the automotive sector changing in the medium term.”

With balance sheets strengthening, and prices rising, can producers then justify capital investment in greenfield projects?

“The jury is still out,” says Phiri. “We are doubtful. Bringing new ounces to market requires a capital investment that will take 10-15 years to realise. The visibility is clear for the next seven to 10 years, but beyond that, it’s a guess.”

The reason, he says, is the disruptive effect of battery electric cars. “We know they are going to be big competition, but are they going to erode internal combustion engines? Definitely not. They will exist side by side, so we must keep the market in balance and have discipline when it comes to capital expenditure.”

Recent investments announced by PGM companies relate to mine extensions and the replacement of declining assets, rather than greenfield investments that will bring new ounces to market.

“I don’t think you will see irresponsible capital management from the industry. Our obligation is to our stakeholders who stood by us during the dark times, and to ensure the industry maintains its security of supply,” says Muller.

However, net zero deadlines set by governments are aggressive and ambitious. In December 2020, the UK announced plans to ban the sale of new petrol and diesel cars by 2030 and all hybrid vehicles by 2035. The plan is supported by a £1.3-billion package to encourage the build-out of electric charge points (including in private homes) and significant subsidies for battery electric vehicle purchases. If these plans are acted upon, and if more countries set similar targets, the outlook for PGMs beyond 2030 – particularly for palladium and rhodium – appears very challenged indeed.

“When you look at the announced ambitions of car OEMs [original equipment manufacturers] around the world it becomes pretty scary for the PGM industry because the ambitions sound really big,” says Fuchs.

However, the targets may be overly ambitious, he says. “We expect that by 2030 or 2035 about 40% of vehicles sold will be pure battery, which leaves 60% of the market to hybrids, which still have a combustion engine.”

It also seems likely that if internal combustion engines were to disappear, it will be in developed economies first. And, at the same time, research is continuing into ways to reduce the emissions of combustion engines. “Why ban these cars when you can see that they are becoming more environmentally friendly?” says Phiri.

The emergence of PGM-friendly technologies like hydrogen fuel cells cannot be discounted either. What this means is that PGM companies will have to take a view on the future of the industry – given its long lead and capital intensive nature.

“Our position is one of continued support for the industry [as it is],” says Muller. “But we are not opposed to taking a position on more long-dated ounces. We think there are opportunities.”

For the time being, Allan Gray is not taking the long view.

“We maintain a bullish outlook for PGM prices over the near term. PGM companies are generating record cash flows, have strong balance sheets, and have limited options for growth capex, all of which are supportive for increased future cash returns to shareholders in the form of dividends or share buybacks.” BM/DM