Franchise cricket has moved from mediocre to meltdown across the country 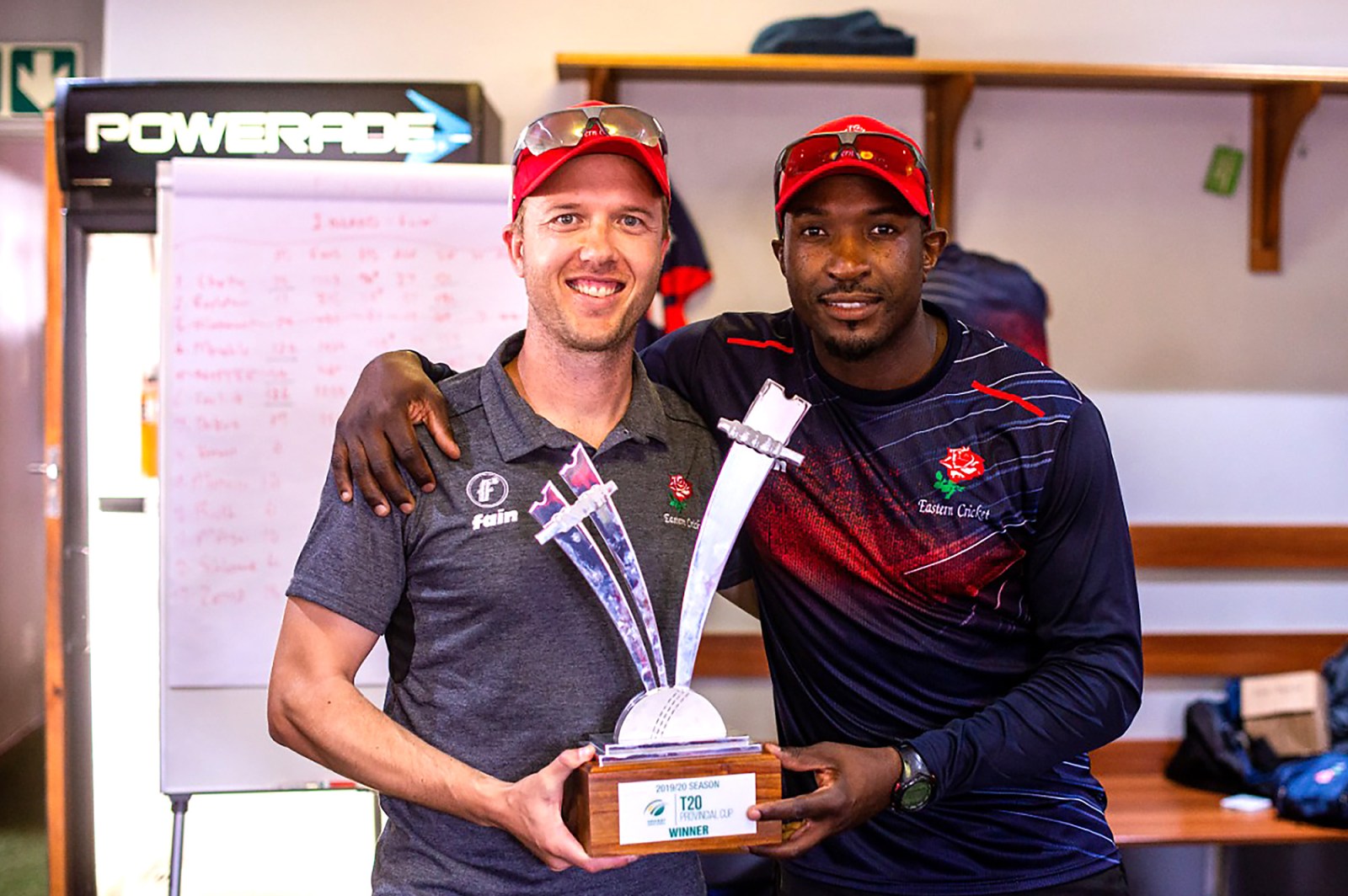 Two promising and successful cricket coaches have been frozen out of South Africa’s provincial system at a time when the game desperately needs expertise. It’s a symbol of the rot in SA cricket.

At Cricket South Africa’s (CSA’s) awards ceremony last August, Easterns’ Richard das Neves won Coach of the Year. It isn’t often that a coach from a second-tier province wins the title but Das Neves and his assistant, Tumelo Bodibe, had a 2019/20 to remember.

As coaches they won the T20 Provincial Cup and shared the three-day competition (the final was cancelled because of the Covid-19 pandemic) with KwaZulu-Natal Inland.

Das Neves and Bodibe are of an age (Das Neves is a year older at 34), with both having been decent players without suggesting they were on the cusp of bigger things.

Das Neves made his Gauteng debut in Limpopo’s Modjadjiskloof, hardly a cricket mecca, while Bodibe, a wicket-keeper batsman, bounced from the Lions to Griquas to Easterns where, three years ago, he teamed up with the man players like to call “Dassie”.

The two forged an unlikely partnership. They concentrated on fitness, athleticism and white-ball savvy.

The fact that neither were stellar players helped. The best coaches tend to be those who have either tasted briefly the delights in cricket’s paradise, or stood at the kingdom’s gates looking longingly inwards.

They know how difficult a game cricket is, how when we talk of “fine margins” we are talking a language inadequate to the subtleties of what we’re trying to describe.

As a result, they are full of empathy, which means the problem of wisdom is at least partly solved.

As a coach, Das Neves star rose quickly. The CSA invited him to become Malibongwe Maketa’s assistant on an SA Emerging team tour of Namibia in April, but Easterns refused to release him, citing a vague “presidential prerogative”.

Without his union’s blessing, a decision made worse by the fact that Easterns weren’t playing at the time, Das Neves realised his days as coach there were numbered. Shortly afterwards, he was offered a demotion, which he refused. He is currently in dispute with Easterns, taking them to the Council for Conciliation, Mediation and Arbitration (CCMA).

On 31 May, Bodibe worked his last official day for the union, because his contract wasn’t renewed. He and his wife have just moved from Vosloorus to a new home in Boksburg, so he could be closer to Easterns’ home ground, Willowmoore Park in Benoni.

It’s not going to be a journey he does often now as he struggles to pay his bond. “Richard and I made the place far better than it was before,” he says.

Let’s try to get a grip, for a moment, on the amateur-hour antics at Easterns in which Das Neves and Bodibe miraculously prospered. The union have no chief executive; their president, Thato Moagi, who was instrumental in levering Das Neves and Bodibe out of their jobs, left under a cloud following his first term of office as a president.

He made way for Xolani Peter Vonya, who was closely associated with disgraced former chief executive Mpho Seopa, himself the subject of two audits by Pretoria-based company Tic and Mend.

Like Das Neves, Seopa is taking Easterns to the CCMA, although, unlike Das Neves, he is the key subject in Tic and Mend’s forensic audit. The audit implicates him in skulduggery ranging from an embroidered resumé to bogus travel expenses and fraudulent invoices relating to Willowmoore’s hosting of matches in the under-19 World Cup in 2020. After the mandatory hand-wringing by the Easterns board, Seopa was fired last July.

Provincial rot in cricket is rife

The horror of the Easterns mess is that it is so commonplace, mostly at the smaller unions. While Northern Cape’s president, Gibson Molale, was representing his union on the CSA Members’ Council in its protracted arm wrestle with the interim board, behind the scenes Northern Cape was paralysed by in-fighting.

They haven’t had an AGM since 2019 (one is planned for mid-June), and haven’t played any club cricket since January 2020, well before lockdown. They are currently the subject of two related CSA-sanctioned reports by Justice Bernard Ngoepe.

In East London, Border are close to being financially distressed, having just made the perverse decision to make Paul Adams coach. The area from which Adams comes, Western Province, are themselves in denial.

With some of the finest feeder schools in the land, Ashwell Prince, their coach, contrived to win one game of first-class cricket last season, the worst record of all six franchise coaches.

Under the new dispensation, which sees an eight-seven split in two divisions next season, he has been retained as coach of Western Province, when now would have been the time to walk him gently towards the door.

The CSA, meanwhile, seems either disinclined or unable to do anything about such things, allowing the provinces the autonomy to make questionable decisions while continuing to fund them. In self-help guides ranging from good parenting to succeeding in middle management, this is commonly known as having responsibility without accountability, an age-old recipe for disaster.

The majority independent directors would see to that, he said, because, as independents, their oversight function was paramount. Without wanting to undermine Nicolaou and his interim board’s heroic intervention over the past six months, the board chairman’s view contains an element of wishful thinking.

This is because, like much else in contemporary South Africa, it is culture that needs changing – and ours is vrot with mixed messages, local empire-building, non-delivery and racial mistrust.

One African batsman (the Dolphins’ Khaya Zondo) scored a franchise century last season, yet an estimated R300-million per year gets spent by the CSA on development. This hardly represents bang for the CSA’s buck.

As Northerns’ CEO Jacques Faul said in his submission to Dumisa Ntsebeza’s Cricket for Social Justice and Nation-Building Project shortly before its first sitting was postponed, in a sense cricket is in as bad a position as it was before the interim board rolled up their sleeves; it’s still a zero-sum game – everyone is unhappy.

The Das Neves and Bodibe matter is a case in point. Of all the important people Das Neves was dealing with at the CSA, only one, Edward Khoza, saw the short-sightedness of the CSA not insisting that Easterns release him for the Namibia tour.

Not a peep out of Graeme Smith, the director of cricket, or Vincent Barnes, the high-performance manager. Instead, a highly successful pair of coaches have been separated because their union is embarking on either a jobs-for-pals scheme, or a situation in which board members can influence impressionable new coaches to make questionable selections.

This is where we find ourselves, where culture – that intractable beast – and not constitutions, needs to be changed.

While we’re talking about culture, get this. Along with the governance meltdown at the CSA in the past few years, we have insidiously normalised playing losing cricket.The SA Emerging side in Namibia, of which Das Neves should have been part, lost both 20-over and 50-over formats 2-1 to Namibia, a scandal barely reported in the local media.

Our franchise cricket is mediocre and the sport lacks variety. Captaincy throughout the land is artless, reducible to strong words and mechanical bowling changes. Mark Boucher’s record in T20s going into five of them in the Caribbean is played 16, won four. This is not the breakfast of champions, but, rather, the gruel of beggars at cricket’s high table. DM168