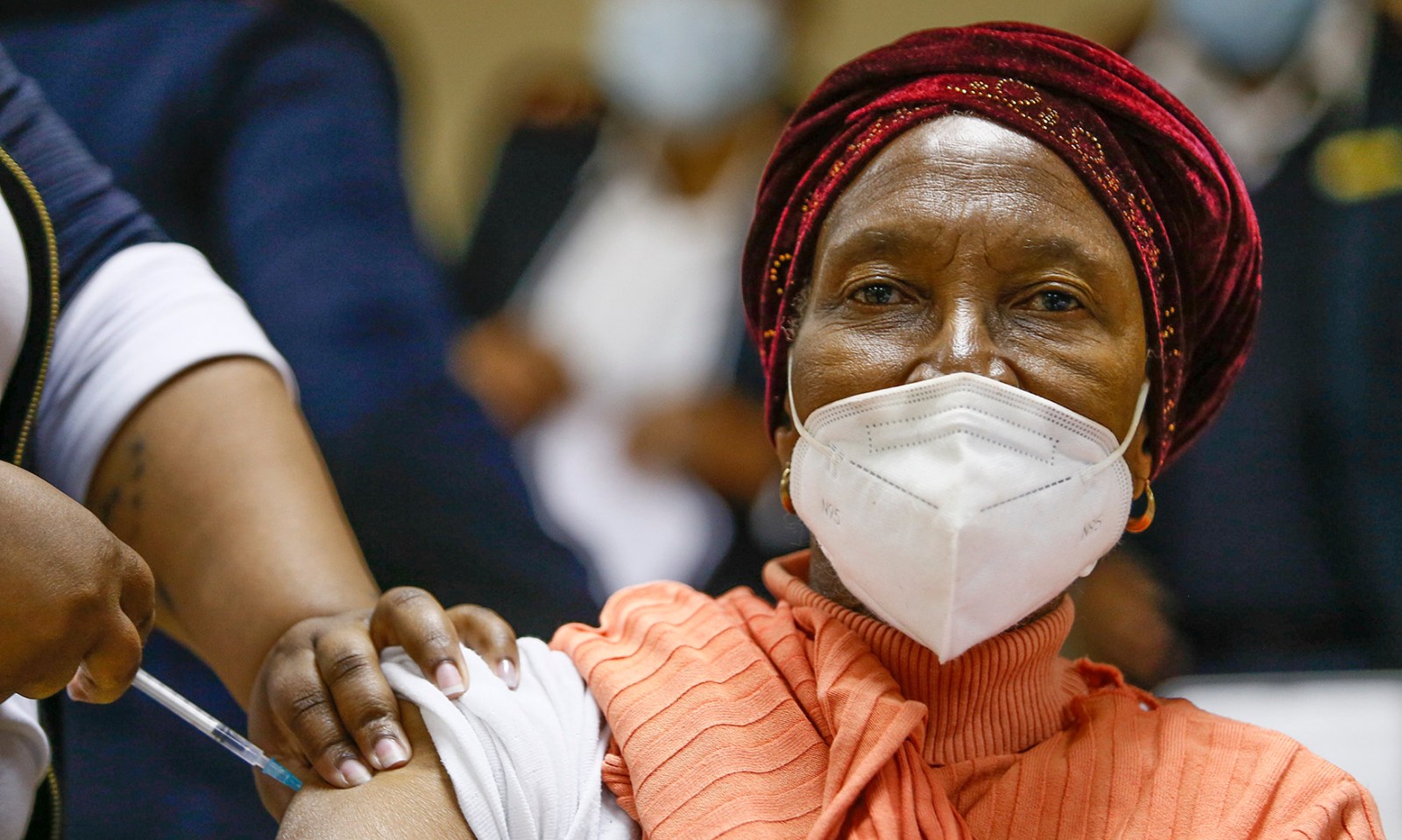 Pension payout sites around SA will on Thursday see an ambitious, multipartner Covid-19 vaccination initiative unfold, with community healthcare workers persuading as many as possible among an initial 280,000 beneficiaries to register for their vaccines by the weekend.

The monthly pension payouts to an estimated 3.5 million South Africans aged over 60 continue into next week at post offices, mobile post offices, Boxer Store and other retail outlets, plus banks, where thousands of healthcare workers (HCWs) and community development practitioners (CDPs) will now walk the queues.

They have instructions not to engage with any anti-vaccination sentiments expressed but to actively encourage pro-vaccine pensioners to help broadcast the multiple benefits of receiving the jab.

The HCWs and CDPs will be bussed to South African Social Security Agency (Sassa) payout points, where they will report to site managers. Their own team managers were cautioned that pensioners are both vulnerable and afraid of strangers approaching them on payout day, given the usually high rates of muggings near or around such sites.

Judging from a hurried multistakeholder cyberbriefing on Wednesday, the healthcare workers are being encouraged to use their own cellphones to minimise infection risk and more easily access the registration platforms interfacing with the Electronic Vaccine Data Registration (EVDS) system.

Social and behaviour change consultant Brenda Goldblatt advised the multipartner cyberforum to “make a plan”, to get multiple phone chargers to sites and to stress to pensioners that their EVDS registration incurred no costs.

Volunteers and advisers are being drawn in from the SA Medical Research Council (SAMRC), the Red Cross, Unicef, the Clinton Health Access Initiative, the National Institute of Communicable Diseases, the national Department of Cooperative Governance and Traditional Affairs and the national Health Department – among others.

Based on reports to the cyberforum, KwaZulu-Natal has registered just under half of its over-60s on the EVDS, with 560,000 to go; the Free State has registered 68,600; the North West 126,502; and Gauteng 453,000 of some 1.3 million elderly. Tallies exclude pension payout registrations. EVDS registration status reports from the remaining provinces were not shared.

Goldblatt said it would be important for the usually strong contingent of security officers and Sassa staff on duty to reassure the queuing pensioners, some of whom arrive in the predawn cold, that the healthcare workers were trustworthy and there to help them.

She estimated it would take one healthcare worker an hour to “register and sanitise” six pensioners.

Boxer has printed 230,000 information flyers detailing the benefits of timely registration for vaccination, and posters will be displayed on site, while social media and radio and television channels will bolster what Goldblatt described as “a massive effort”.

It was also vital to spread the word about SMS notification of both the first and second jabs (the second shot comes 42 days after the first).

Pension payout locations and times were being circulated to healthcare districts and subdistricts to enable workers to get on site as early as possible, with Boxer Store pension sites nationwide opening at 7am. A video had also been compiled in isiZulu for playing to audiences on overhead screens.

Public health expert and the SAMRC programme manager Jane Simmonds said, “We’ll need to know what numbers of pensioners are usually expected at which sites so we can divide out and allocate the appropriate healthcare workers accordingly.”

Simmonds said that from the end of June Sassa’s mobile pension payout points would be operating more widely, but Boxer retail stores would be catering for 100,000 pensioners countrywide on Thursday and post offices for another 180,000 on Friday.

The Department of Social Development and health departments in all nine provinces had agreed to release HCWs and CDPs for the task over the remainder of this week and next.

Lebogo Motshegoa, a communications consultant from Gauteng, said that as of Wednesday, 104,000 (Phase 2) people in his province had been vaccinated at 63 public sector sites, which would shortly expand to 104 sites.

“Part of the challenge is accessibility of the sites – they can’t all open at once because we know that vaccine supplies are limited. We have to manage the flow in terms of sites available. We’ve also had some challenges with the EVDS, but most have been resolved,” he said.

Participants in the planning forum were encouraged to note feedback from pensioners to inform a national “social listening” programme and more effectively target vaccine promotion programmes while countering misinformation and integrating lessons for next month’s pension payout. DM/MC