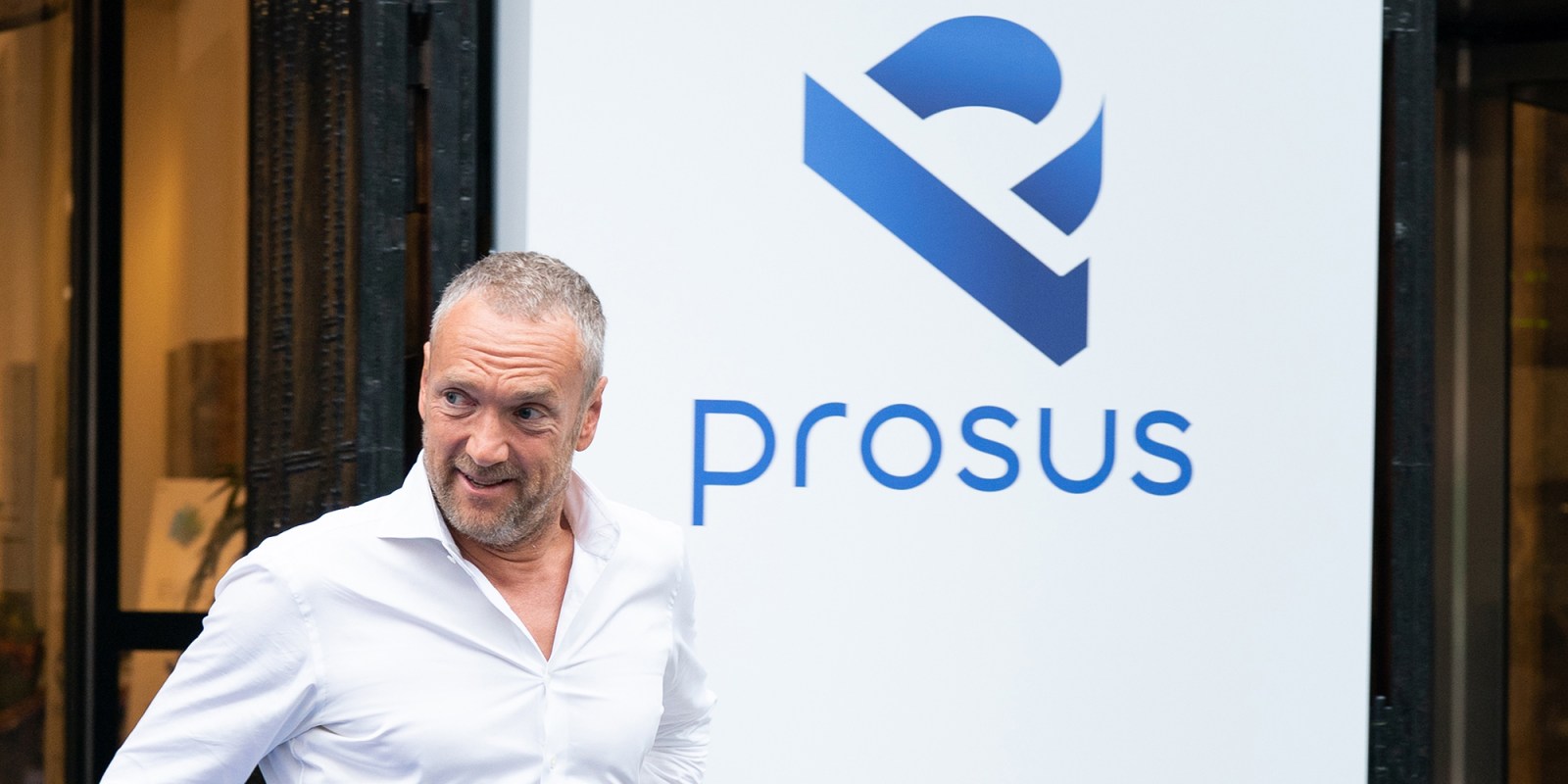 Naspers is facing some trenchant criticism of its masterplan to crush the discount at which it trades in relation to its constituent parts that has increased to enormous proportions, with one advisory company going so far as to call the plan ‘idiotic'.

Despite criticism of the plan, Naspers and its relatively newly formed subsidiary Prosus now listed in Amsterdam are pressing ahead, with CFO Basil Sgourdos upbeat and confident Naspers will vote in favour of the deal.

Naspers executives are frantically busy in a determined effort to convince shareholders that the new plan will work, saying the more they interact with the shareholder base, the more support they are getting.

Because Naspers itself is controlled by a high-voting share structure, and because it currently holds 72.5% of the shares in Prosus, it’s almost a foregone conclusion the simple-majority vote will be carried. But there is now an uncomfortable possibility that independent shareholders might vote against the deal which would be hugely embarrassing for Prosus and Nasper’s management and corporate advisors.

Sgourdos says this is not what the company would want and he doesn’t think it will happen. But pitted against his conviction is the company’s bête noire, investment advisory firm AIM&R  who are experts in corporate structure which has long been critical of how the company has operated.

The plan itself is enormously complicated, involving Prosus issuing a huge tranch of new shares which will be partly bought by Naspers. But according to Sgourdos, although the process might be complicated, the outcome at the end of it is very simple: Prosus will own up to 49.5% of its parent, and the free float of Prosus will increase proportionately, which will unlock value for both Naspers and Prosus shareholders, thereby reducing the discount.

For Prosus CEO Bob van Dijk, this is the second bite at the cherry. The listing of Prosus in 2019 in itself was supposed to reduce the discount, but the creation of a European holding company simply created two discounted companies opposed to one.

At first, these discounts were small but they have now become extreme, to some extent for reasons outside the control of the two companies. Commentary website BreakingViews estimates that Prosus’ assets, including its 28.9% stake in the Chinese internet giant Tencent, are worth about $248-billion. That implies that Prosus is trading at a discount of 34% and Naspers at a discount of 63%. Others calculate the discount differently and get percentages of 38% and 53%, respectively.

Either way the numbers are huge and it  means a successful restructuring would have enormous consequences for shareholders, and it’s worth remembering that millions of SA pensioners have seen their pensions grow enormously thanks to Naspers fantastic success of the years. Naspers is to SA shareholders what Nokia once was to Finnish shareholders – so its critical Naspers gets this right.

This is why this debate is so important – and so complex. Just differential between the two discounts has created its own problems for the new deal, because Prosus will be offering Naspers 2.27443 Prosus shares for every one Naspers share, which provides Naspers shareholders with a bit of premium – some claim not enough.

The initial announcement of the offer states that 72.6% of the value that will be unlocked will go to Naspers shareholders, while Prosus will get 27.4% by acquiring the Naspers shares under the full net asset value.

In an open letter to Prosus CEO Bob van Dijk, one of a series he has send over the years, he says sharply “not content of having created a 2-layer pyramidal structure into Tencent, you are now  proposing an even more idiotic idea, and that is for Prosus to tender for Naspers’ shares.”

“If this tender is successful, you will create a two-headed monster of a corporate structure where Prosus owns Naspers  and Naspers owns Prosus, in a cross-shareholding structure – probably the most inefficient capital  structure one can think of. This one must deserve the Oscar for Worst Corporate Governance”.

He said in an interview that he would bet Van Dijk that the new structure would lead to an even higher discount for both Prosus and Naspers “possibly the highest ever seen”.

As far back as 2017 and prior to the listing of Prosus in 2019, Saporta suggested an option often posed by commentators, which was to simply unbundle the stake in Tencent to shareholders. The company is now and has been forever dead against this idea, because, Sgourdos says, SA shareholders would be forced to sell their newly acquired TenCent shares because most already own the maximum foreign shares they are allowed. In addition, the link with Tencent provides Prosus an avenue for cooperation, exchanging ideas and joint investing.

It’s worth noting that both these arguments are questionable: SA shareholders might hold their TenCent shares and sell something else if they had to. And the corporate link with Tencent might have provided some joint investing here and there, but it has also effectively prevented Prosus from investing more in China, one of the fastest-growing internet marketplaces in the world. The fact is that Prosus management thinks there is still a huge value in TenCent and wants that to accrue first and foremost to their company, and only secondarily to shareholders .

Saporta now has a new idea: Prosus should split off its stakes in almost everything except the Tencent stake and list them separately in Amsterdam into a venture capital investment company, charged with enough shares in Tencent plus the stakes in Mail.ru, Delivery Hero, and Trip.com to keep funding. This would be a fantastic company, probably valued at Eur20- to Eur30-billion, and it would be large and unique enough in the European context to attract a solid shareholder base.  This would make it one of the largest listed VC investment firm in the world.  In doing so, the VC portfolio would finally be valued by the market whichever way the market thinks it is worth, possibly at a premium. Prosus would then become a Tencent tracker which could eventually be wound down the same way Yahoo did with Alibaba, thus erasing the discount.

Sgourdos says in response that Saporta’s solution demonstrates that he doesn’t truly understand the complicated regulatory constraints under which the company operates. “We started looking at this a year ago, and we discussed 13-different options. We have to consider what can be both approved and executed”.

What Saporta is suggesting is just not executable. “Not once has he engaged with us – I don’t even know if he is a shareholder”. (He is not but the company does advise a range of shareholders of different types, including major hedge funds and pension funds. It was in 2017 but Saporta said the company did not respond to its initial letters).

Sgourdos says the cost of inaction would be that every time Prosus/Naspers creates value – and he says confidently that the company is doing so at a huge pace – South African shareholders have to sell because they are already at their prudential limits.

“The more we discuss the regulatory constraints with shareholders, the more they understand this might not be the easiest option but it has already gained approval from the SA authorities and is the most executable option available,” he says. DM168