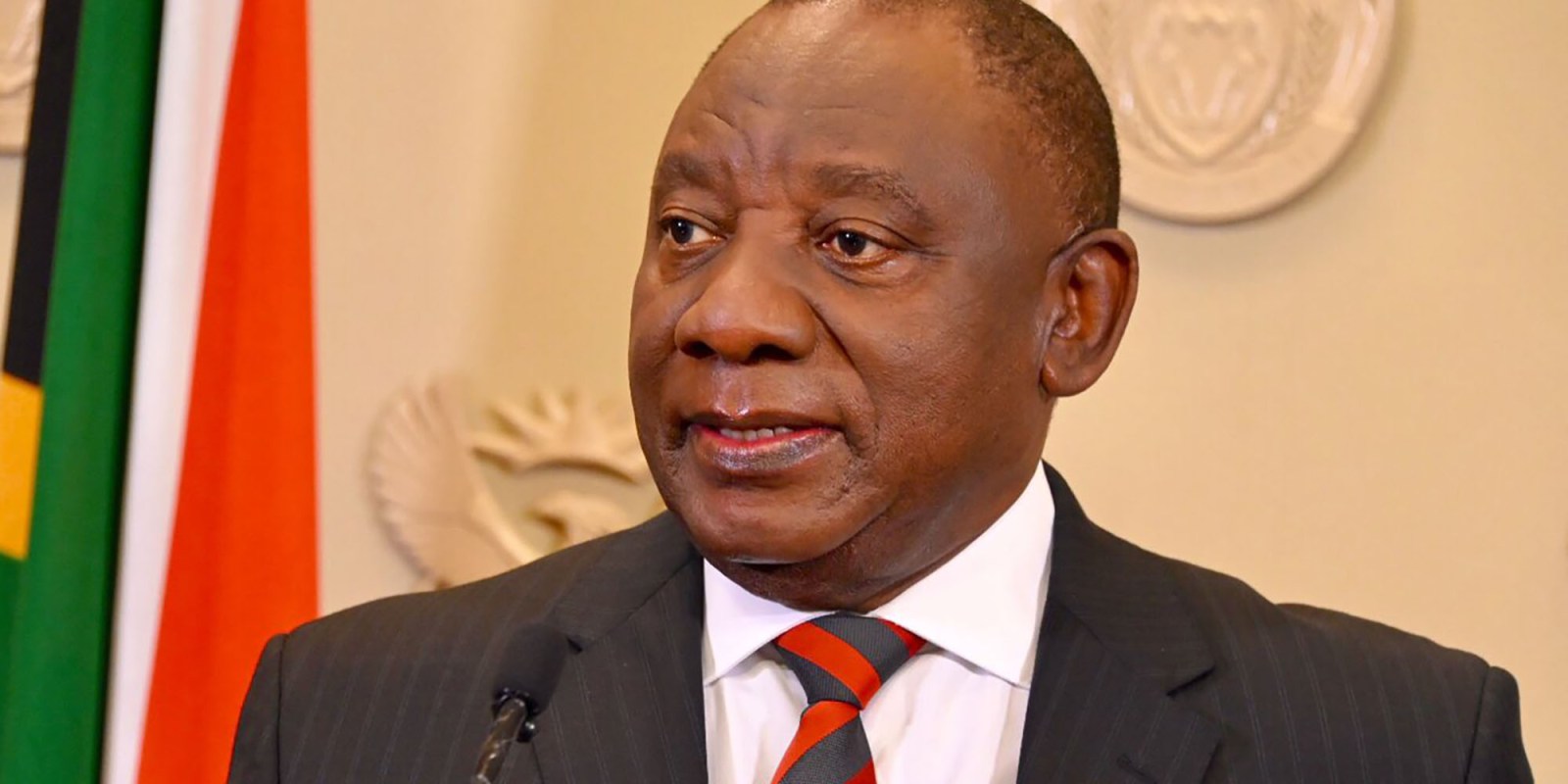 The country moves into an adjusted Alert Level 2 lockdown from 31 May, as some provinces in the country are on the threshold of the third wave, President Cyril Ramaphosa announced on Sunday night. The country will need to implement further restrictions, said Ramaphosa.

Statement by President Cyril Ramaphosa on progress in the national effort to contain the Covid-19 pandemic.

“The number of infections has begun to rise sharply in several parts of the country,” President Cyril Ramaphosa told the nation on 30 May. “The increase is following the same trajectory as it did in the previous waves.”

The last time the president addressed the nation — two months ago — the country was coming to the end of a deadly second wave.

The “family meeting” and move to Alert Level 2 was expected; Covid-19 cases have been mounting across provinces over the past month.

The proportion of positive Covid-19 tests had more than doubled in the past month from around 4% to more than 11%, Ramaphosa said.

“The provinces of Free State, Northern Cape, North West and Gauteng have reached the threshold of a third wave of infections,” Ramaphosa said. “It may only be a matter of time before the whole country will have entered the third wave.”

The recent surge is due to social gatherings, including funerals and sporting activities at schools, where people are not observing the health protocols, Ramaphosa told the nation.

This has come in the face of Covid-fatigue, he said.

Further restrictions were necessary to ensure that health care facilities were not overwhelmed and that lives that could be saved were not lost, Ramphosa said, adding that the severity of the third wave would depend on the levels of contact among people.

“Wherever possible we must cut down on our contacts during this time,” he said. “We must remember that the virus doesn’t move from place to place by itself. It relies on the movement of people.”

Curbing the spread of infections is “especially important”, said Ramaphosa, to delay the peak of the third wave and allow for more people to be vaccinated.

“As we continue to focus on reducing transmission through our behaviour, we have embarked on the biggest mass vaccination programme in our country’s history,” he said.

The country has more than 400 vaccination sites in operation and has secured enough vaccines to reach all adults, about 40 million people.

The arrival in the country of the Johnson & Johnson vaccine has, however, been delayed due to regulatory issues at a manufacturing plant in the US, Ramaphosa said.

While this posed a challenge to the roll-out, Ramaphosa gave an assurance that the country was in constant contact with relevant authorities to ensure that the doses could be released as soon as possible.

At the same time, the reliance on the Pfizer vaccine has affected the pace at which the country can open its vaccination sites, as it requires an ultra-cold supply chain.

About 1.3 million Pfizer doses have been distributed and nearly 500,000 administered. The next 636,000 doses were due to arrive on the evening of 30 May, Ramaphosa said.

Over the past two weeks, more than 480,000 people had received the first dose of the Pfizer vaccine, said Ramaphosa.

In total, more than 960,000 people in South Africa had received one vaccine dose. Within the next few days, more than one million of South Africa’s most vulnerable people would have been administered the vaccination, he said.

Ramaphosa said there were now more than three million people registered on the Electronic Vaccine Data System (EVDS) — the backbone of the registration and vaccine allocation. He noted that some of the elderly have had difficulty with the system due to accessibility issues, including not having access to the necessary tools or not being able to navigate the language of the platform.

While the country continues discussions with other manufacturers to include different vaccines in the country’s programme, Ramaphosa noted that only 2% of Africa had been vaccinated to date.

The African continent was pushing ahead to be self-sufficient in vaccination manufacturing, the president said. DM