Read an extract of Caryn Dolley’s explosive new release: To The Wolves 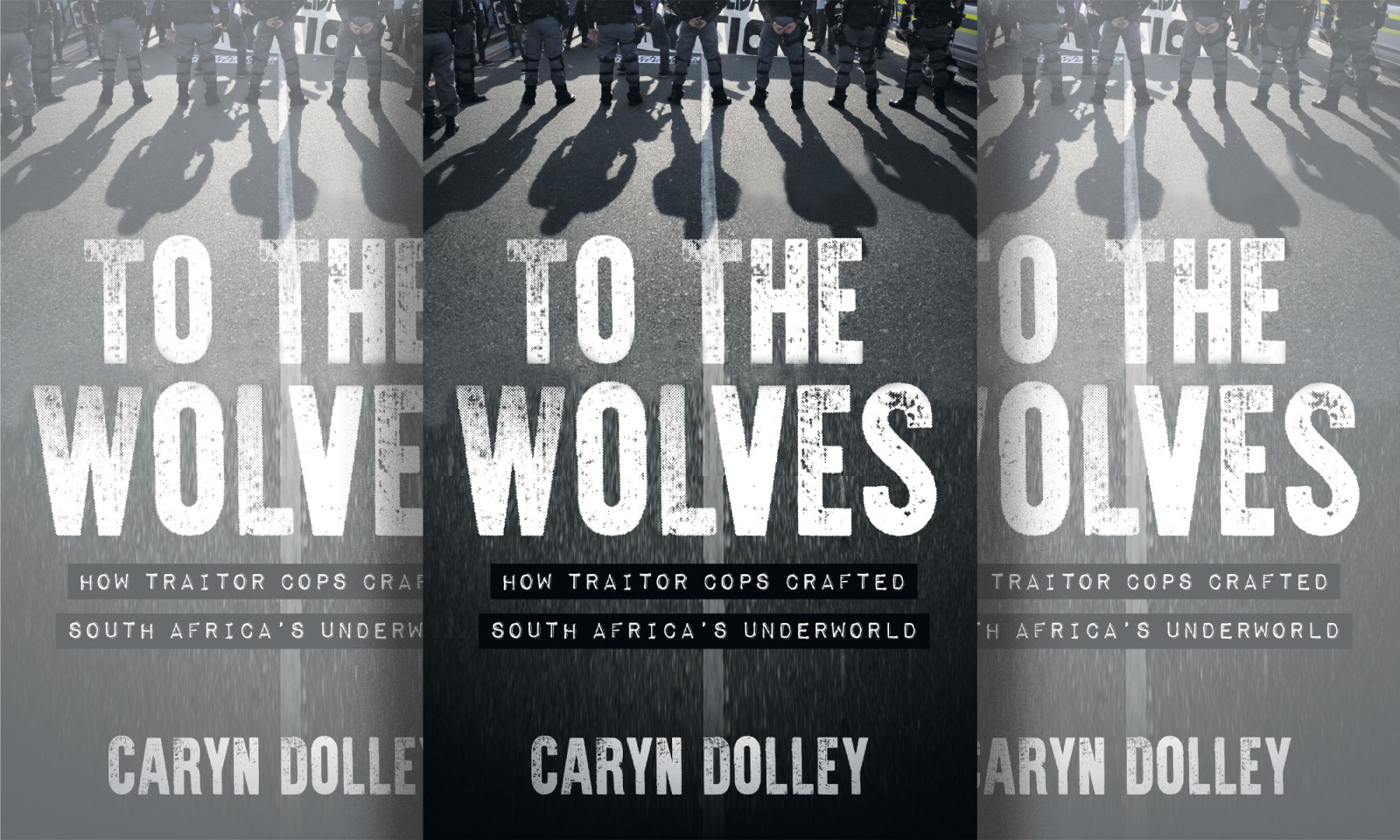 Dolley has traced the rot from cops to underworld to politicians and back, exposing duplicitous networks that have for decades ensnared South Africa in an expanding cycle of organised crime and cop claim crossfire. At the centre of this crisis is the mounting collateral: the victims of Cape Town’s manufactured killing fields. Read this exclusive extract from To The Wolves.

The family-friendly restaurant in a mall in Cape Town’s northern suburbs is just about to start filling up, the shrieks of children already competing with clanging crockery, frenetic chatter and the takkie-squeaks of rushed waiters. It is a Wednesday afternoon; schools have shut for the day and the bustling restaurant is a cheerful refuge as the city outside braces for the slow grind of gridlocked midweek traffic.

In a corner a man and a woman talk to each other. They are seated at a table adjacent to a nearby playpen where two children are gleefully making the most of this midweek treat.

At 2.54pm two other patrons walk into the restaurant and choose a table roughly six metres away from the chatting couple. A waiter walks up to the new patrons’ table and they make small talk as they order drinks. Exactly seven minutes later the duo suddenly gets up; one pulls a firearm from his belt and starts firing bullets at the man and woman seated nearby. The man being targeted yanks out a gun of his own and fires back. Instantly the family restaurant is transformed into a horror scene.

Children scream, confused patrons duck and terrified waiters run for cover. In the ensuing chaos the fake-patron-now-gunman fatally shoots his accomplice. The man he initially targeted is wounded; the woman and children are luckily unscathed. The restaurant is now a murder scene, red spatters across the white tiled floor lead to a pool of blood and a body. Paramedics jostle around rapidly vacated tables.

A dour detective arrives and spots a fellow officer, a portly captain. The detective is curious about the captain’s presence because as far as he’s aware the captain is not authorised to investigate the case. But this captain and another cop get involved anyway, and later arrest a suspect. This suspect then makes an astonishing claim: that two Cape Town cops, working clandestinely with organised crime suspects, were involved in orchestrating the gruesome restaurant shooting.

The seasoned detective is instinctively wary, and eventually after much digging and cross-referencing claims, he suspects his two cop colleagues are being framed. This detective later alleges that he and his colleagues, who are investigating a string of callous crimes across the city, are being targeted by other officers within the intelligence arena. Battle lines within South Africa’s cop service are thus deeply carved.

His close colleagues are livid. One warns: ‘We shall give the enemy no quarter. We will rage till the last drop of blood. DM/ ML

Pre-order your signed copy of To The Wolves and have it delivered for free to anywhere in South Africa before the official launch. Click here to pre-order.