Information shutdown: Why are the J&J vaccines not being released from Aspen’s plant in Gqeberha? 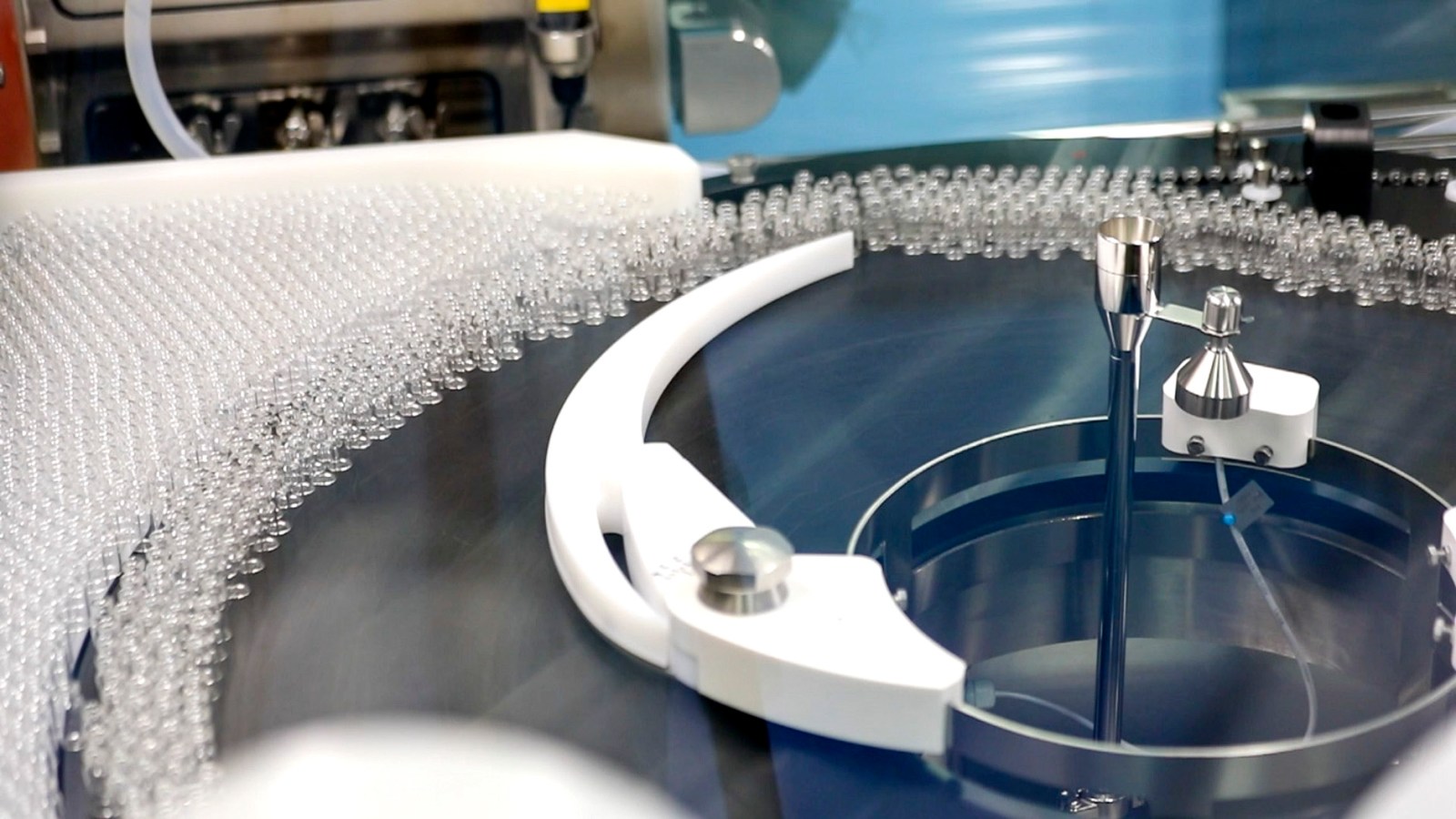 Vials are lined up for filling at the Aspen plant. (Picture: Aspen Pharmacare)

Both the American Food and Drug Authority and Johnson & Johnson have gone to ground over the release date of the company’s Covid-19 vaccine doses at Aspen Pharmacare’s Gqeberha facility.

There is still no word on when a safety audit by the US Food and Drug Administration will be complete — a requirement before the Johnson & Johnson vaccines that were compounded and finished at the Gqeberha-based plant of Aspen Pharmacare can be released into South Africa’s vaccination programme.

South Africa is relying on the delivery of 31 million doses of the single-shot vaccine for its rollout plans. The vaccine has been approved for use by the South African Health Products Regulatory Authority (SAHPRA), with an advisory issued for pregnant and lactating women.

The only other Covid-19 vaccine approved for use in South Africa, and procured by the government is the one made by Pfizer. South Africa has managed to get 30 million doses of this vaccine, but since it requires two shots, there will only be enough for 15 million people.

The country is presently receiving 325,260 Pfizer vaccines a week. From next week, this number is expected to climb to 636,480 doses.

The Eastern Cape premier’s special adviser on the vaccine programme, Dr Thobile Mbengashe, has described the Johnson & Johnson vaccine as the “workhorse” of the rural provinces.

The Johnson & Johnson vaccine was used in the implementation study, known as the Sisonke Protocol, which saw close to 500,000 health workers vaccinated across the country.

The use of the vaccine was suspended earlier in April in the wake of a similar move by the FDA in the US after six people developed a rare blood clotting disorder. A subsequent data review confirmed that this condition was not reported among South African health workers who had already received the vaccine. SAHPRA subsequently lifted the suspension.

Yuven Gounden of SAHPRA has confirmed that the Aspen facility in Gqeberha had been inspected by them and that the regulatory body was “satisfied that it is operating at an acceptable level of compliance within the principles and guidelines of good manufacturing practice”.

On 3 April, Johnson & Johnson announced that it would increase its oversight of drug substance manufacturing at the Emergent BioSolutions Bayview facility in the US to ensure that its internal requirements and those of the FDA were met.

Then, on 21 April, the FDA announced that Emergent BioSolutions had been cited for a number of concerning events at the plant, including the cross-contamination of one viral vaccine substance with another, and other issues including inadequate cleaning and the non-suitability of the facility where the vaccines were made. The FDA also raised concerns over the crowded and congested warehouse and a failure to follow protocols to prevent cross-contamination.

This triggered a global audit of all facilities where the Johnson & Johnson vaccine was being manufactured, compounded or finished.

In a statement issued at the time, Johnson & Johnson said: “To meet its commitments, the company is establishing a global vaccine supply network where, in addition to our internal manufacturing site in Leiden, the Netherlands, 10 manufacturing sites will be involved in the production of the vaccine across different facilities, sometimes in different countries and continents, before the vaccine can be distributed globally.

“We are working around the clock to develop and broadly activate our manufacturing capabilities to supply our Covid-19 vaccine worldwide.”

In April, Health Minister Dr Zweli Mkhize said the department expected the Johnson & Johnson vaccines to be released from the Gqeberha factory in “mid-May”.

Asked whether the South African leg of the audit would be done, a press officer for the FDA, Alison Hunt, said:

In response to the same question, Kafi Mojapelo from the communications department at Janssen/Johnson & Johnson said:

“As our discussions with the South African Health Products Regulatory Authority and health authorities worldwide with regard to Emergent are ongoing, we continue to update the South African government as we adjust delivery timelines for our single-shot Covid-19 vaccine and work towards producing safe, high-quality vaccines for people in South Africa and around the world.

“We look forward to meeting our commitment to supply 31 million doses of our single-shot Covid-19 vaccine to help bring an end to this global pandemic.

“While we look forward to meeting our delivery commitments, it is premature for us to speculate on the timing of our vaccine deliveries as our discussions with regulators regarding Bioway Emergent are ongoing,” she said.

Popo Maja from the National Department of Health did not respond to questions. Previously, Mkhize’s spokesperson, Lwazi Manzi, referred all questions to Johnson & Johnson.

According to the health department, South Africa presently has 40,268 active cases of Covid-19, with the Free State undergoing a confirmed third wave with 7,093 cases.

Gauteng is in the grip of a resurgence of infections with 11,144 cases, while the Northern Cape, with 7,579 cases, is still emerging from the second wave.

The second phase of the country’s vaccination programme, targeting those over 60, got under way last week and by Sunday night 167,318 people had received their first dose of the Pfizer vaccine. DM/MC