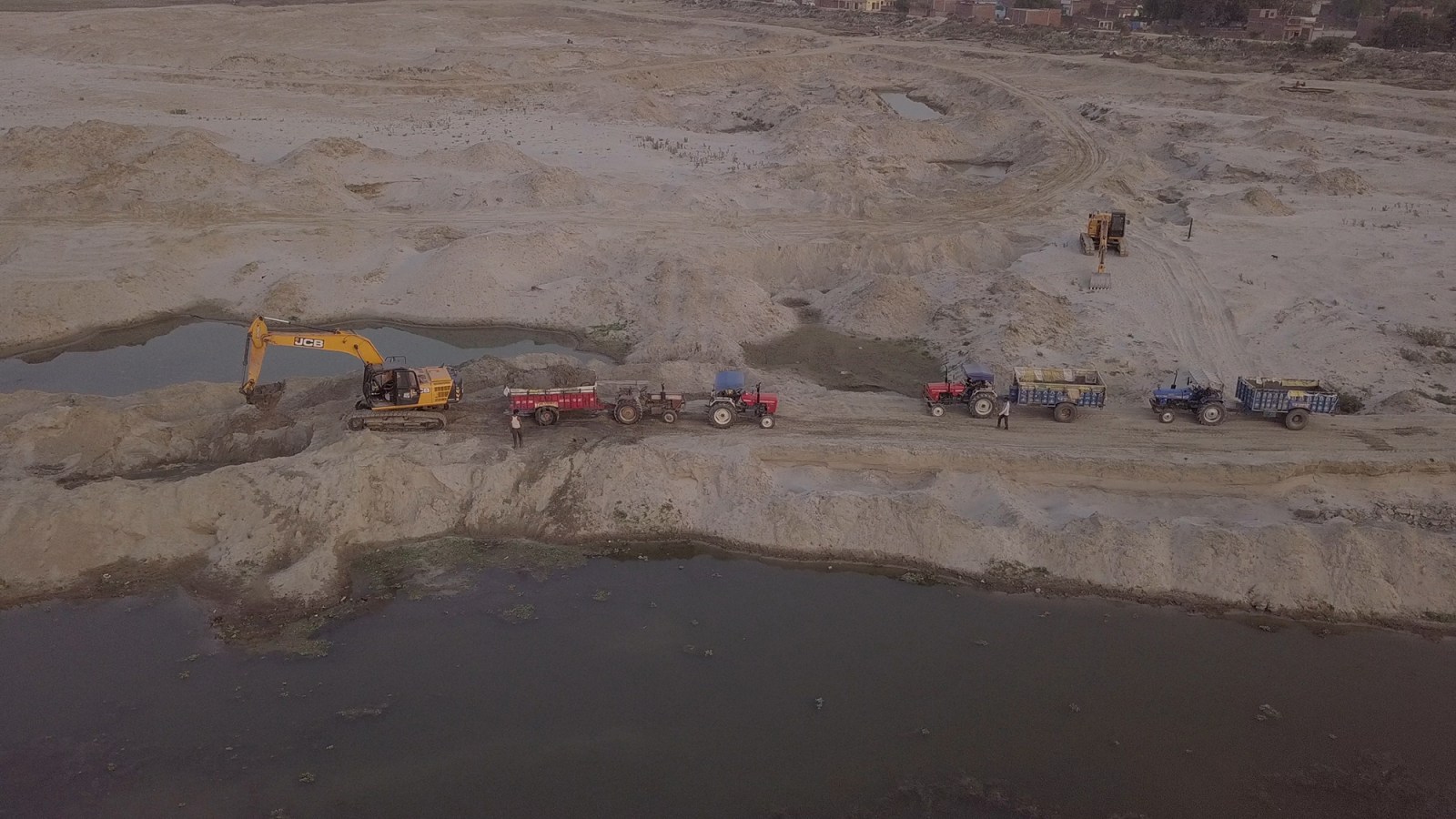 A well-developed illicit transnational industry with links to Spain is putting vulnerable coastal ecosystems at risk.

Tourism is essential to Morocco’s economy, and its beautiful beaches are a vital part of the attraction for visitors. In an ironic Catch-22 situation, however, meeting the demands of this industry is indirectly destroying the very coastline that tourists are coming to enjoy.

Construction companies are competing to meet the need for new housing, hotels, roads and infrastructure. Concrete is an essential material for construction, and sand accounts for four-fifths of the cement, aggregate (sand or gravel) and water mixture that makes up concrete. In Morocco, half of the sand used every year in the construction industry is illegally mined from the country’s coast.

Sand is the most consumed resource in the world. Its rapid extraction has a devastating impact on the environment in many parts of the world and in Africa.

Estate developments in Morocco require an estimated 30 million tons of sand every year. Coastal sand along the western seaboard and Mediterranean is increasingly extracted, legally and illegally, by both registered companies and traffickers. The result is a series of lunar-like landscapes along Morocco’s coastline, which damages fragile ecosystems and increases the vulnerability of infrastructure to storms and rising sea levels.

In December 2020, Moroccan police arrested four people working for a construction firm involved in illegally removing beach sand near Casablanca and operating an unregistered cement unit. These were not isolated arrests. They point to a well-developed transnational enterprise that can only be stopped through dedicated government and construction industry efforts.

The illegal extraction of sand is a complex issue with many facets that need to be addressed. These range from poor governance and corruption to criminality, environmental and biodiversity degradation, child labour, building safety and transnational commerce.

The line between legal and illegal sand mining is often blurred and is facilitated by corruption allegedly involving state employees. Although registered companies usually have a licence to extract sand, they often do so beyond the granted extraction zone, at times extracting up to 10 times the declared quantity.

The illegal sand mining business is run by a syndicate second in size only to Morocco’s drug mafia. This drug cartel is believed to be involved in sand trafficking, especially in the northern Rif region where hashish is grown.

The illegal enterprise often involves foreign companies. In southern Spain, for example, Moroccan sand is used in the construction of hotels and restaurants. Iberian companies in the Spanish enclave of Melilla (north-west of Morocco) use sand illegally extracted from the nearby Moroccan province of Nador.

There, trucks, some of which belong to Moroccan government officials and politicians, transport sand for construction projects which is sold to Spanish companies. The quantities are usually undeclared, making it difficult to track the transactions.

The demand from Spanish companies makes the trade attractive for Moroccan sand traffickers. Without robust policy and regulations, this valuable commodity will continue to be stripped and sold illegally. Bilateral cooperation between Morocco and Spain is needed to tighten border control. Spanish authorities should provide better oversight of companies in their jurisdiction to control the trade and use of trafficked Moroccan sand.

Morocco has passed specific laws to regulate the industry. Since hosting the Conference of the Parties in 2016, the government regularly prioritises protecting the ecosystem. In November 2017, a new decree controlling extraction entered into force. These measures are positive but don’t specifically deal with illegal sand extraction or the transnational aspects of trafficking. And while the decree limits the quantity of sand extracted, it does not restrict the locations where it can be mined.

More importantly, according to an anonymous source, regulations are simply not implemented or enforced. One reason is the alleged involvement of high-ranking army officers, lawmakers and government officials in facilitating and benefiting from these lucrative illegal businesses.

The failure to implement existing laws or develop targeted solutions carries considerable risk. While profits will continue to roll in for criminals, Morocco’s beaches and ecosystems may be permanently damaged. This could see a decline in the tourism industry, eroding the coastal environment and the livelihoods of those who depend on both. DM

by Abdelkader Abderrahmane, Daily Maverick
May 24, 2021