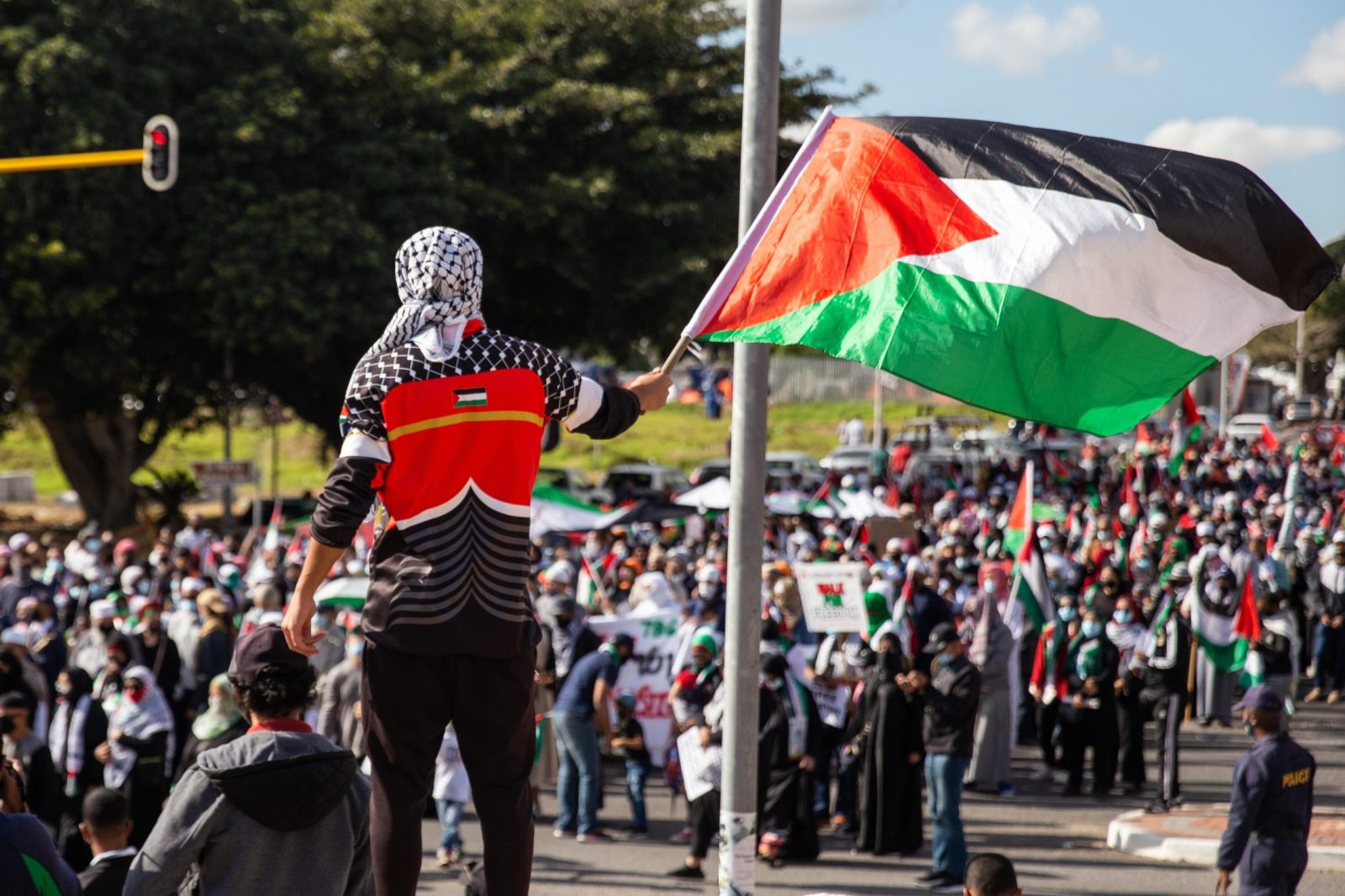 Whenever Israel bombs Gaza, an event that seems to repeat every few years, the conflict inevitably finds its way into South Africa’s political discourse. Last week probably the biggest protest in a year in Cape Town took place: a call for South Africa to cut ties with Israel.

And this week, as has happened before when Israel attacked Gaza, a group of Jewish people has asked for signatories to a “Not in our name” statement. The statement, which the group will publish next week, condemns recent actions by Israel against Palestinians, and rejects the “unconditional support for Israel’s disproportionate violence” as expressed by the South African Jewish Board of Deputies (SAJBD) and the South African Zionist Federation (SAZF).

“These organisations neither represent us nor the diversity of Jews in this country,” it says.

The SAJBD describes itself as “the umbrella representative spokesbody and civil rights lobby of the SA Jewish community,” while the SAZF describes itself as looking after Israel’s image in South Africa and acting as “advocates for Israel”. On 11 May the SAJBD and SAZF published a joint statement calling on the South African government to be “even-handed” in its approach to matters concerning Israel and Palestine, in which the forced evictions in Sheikh Jarrah are referred to as a “domestic land dispute in East Jerusalem”.

We asked Sonya Cotton, who was involved in drafting the petition, why South Africans are invested in this conflict many thousands of kilometres away.

Cotton told us that the petition was drafted by a diverse group of South African Jews coming together in “our shared horror at the atrocities committed in our name, and desire to reject the false and harmful dichotomy that sees Zionism and Judaism as interchangeable”.

“South Africans live in the aftermath of apartheid, so we recognise apartheid when we see it,” said Cotton, speaking in her personal capacity. “The Israeli government and Zionist organisations throughout the world spend tremendous amounts of effort trying to muddle the overwhelming evidence that Israel’s treatment of Palestinians is apartheid. As South Africans, speaking in support of Palestinian liberation in this way carries huge moral weight to the international community.”

In April 2021, international NGO Human Rights Watch found that the state of Israel is perpetrating “crimes against humanity of apartheid and persecution” against Palestinians.

The SAZF rejected the findings of this report, saying that it was “based on distortions, misinformation and political agendas”.

But in a world replete with state-led violence, discrimination and ethnic cleansing, what makes Israel different from China’s treatment of the Uyghurs, the ethnic cleansing of the Rohingya in Myanmar, or Iran’s treament of its Jewish population?

Cotton says that supporting Palestinian liberation does not mean that one ignores other atrocities committed by other states; in fact support for Palestinian rights, often coincides with support for other movements such as Black Lives Matter, gender justice, LGBT rights and opposition to anti-semitism.

Israel’s uniqueness and prominence in local politics, for Cotton, comes from its newness as a nation, formed in 1948, and its carefully developed image as a modern liberal democracy.

“The genocide and displacement of Israel’s creation is strongly etched into people’s living memories. So is the generational trauma of the Holocaust, which emboldens Zionists to oppress Palestinians,” said Cotton.

“In contrast to places such as China, Israel wants to be seen as a secular democracy based on Western standards of rule and law and reflecting the norms of the international community (such as supporting LGBT rights). Unlike many other examples of oppression, Israel uses the mechanisms of ‘democratic’ bureaucracy — such as its courts, its laws, etc — to perpetuate apartheid.”

Human rights abusers like Syria, Iran and North Korea are heavily sanctioned by the United States. By contrast, Israel has over several decades been the US’s country’s largest recipient of aid. In many countries, including South Africa, there are active campaigns to raise money for Israel and promote tourism to it.

The close relationship between the SAJBD and SAZF is a source of tension for the authors of the petition. “While they claim to speak in our name, these organisations neither represent us nor the diversity of Jews in this country … Our Judaism is rooted in justice. Our culture and our history ground our unequivocal support of Palestinian freedom. Zionism is not Judaism. They should not be conflated, despite the efforts of the Israeli state,” states the petition.

Cotton told GroundUp that the SAJBD does not account for the diversity of views among South African Jews regarding Israel, recent Israeli actions, and condemnation of those actions.

“Why are our views neither protected nor represented?” asked Cotton. “As a fellow South African Jewish colleague asks: ‘Is the SAJBD interested in Jewish South Africans or furthering Zionism?’”

Cotton says that there is nothing contradictory about Jewish support for Palestinian liberation; rather, she says that her Jewish values compel her to oppose Israel’s discrimination against Palestinians.

“In Judaism, there is the tradition of Tikkun Olam, which literally means ‘repair of the world’. The concept recognises that Jews are responsible not only for our communities, but also for the wellbeing of all communities. Our families survived anti-semitism, including pogroms and the holocaust. We know what discrimination is like, so it is especially important that we stand up against the persecution of other communities, particularly that which is done in our name.

“There is no greater way to respect and remember our ancestors who were discriminated against for being Jewish than to work actively to create a pluralistic society based on total equality, interconnectedness and mutual understanding, rather than fear and segregation.” DM