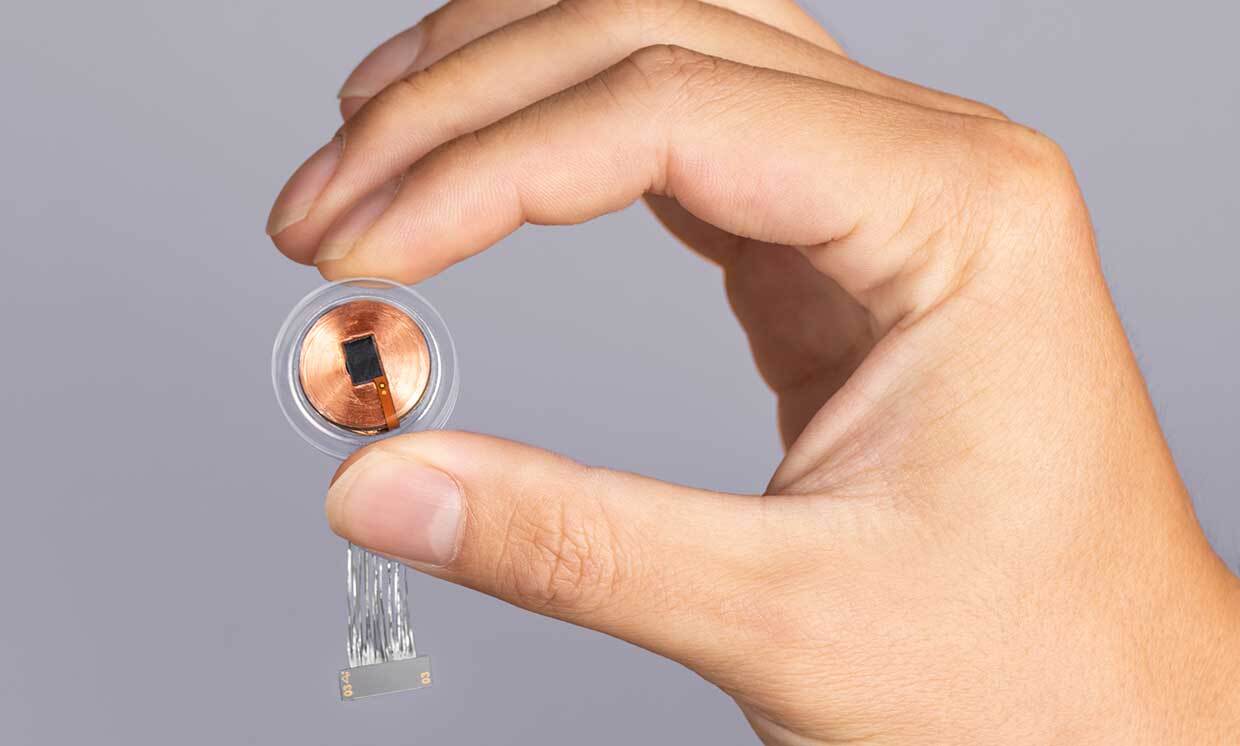 The South African-born business magnate and self-proclaimed ‘Mars Imperator’ Elon Musk hopes you’ll use Neuralink to operate your iPhone with your mind.

On 9 April 2021, Neuralink, the neurotechnology company co-founded by Elon Musk in 2016, posted a video to YouTube showing a monkey playing the rudimentary video game Pong, using its mind, without a physical controller. The game itself resembles table tennis, with the monkey positioning the paddles on each side just by thinking about it, as the ball bounces back and forth.

The technology that made it a reality, also called the Neuralink, is a brain implant that makes it possible for the brain to wirelessly interface with a machine. On 29 August 2020, Musk streamed an hour-long “live demonstration” of the technology.

“It’s kind of like a Fitbit in your skull, with tiny wires,” he told the audience. The physical device that Musk presented to the audience looks about the same size as a R2 coin. Attached to it are threads which house electrical conductors that can be implanted into the brain. To insert it, a piece of the skull is cut out and replaced with the coin-size device.

According to the company’s website, “The threads on the Link are so fine and flexible that they can’t be inserted by the human hand.” To insert one of these, they are developing a robot “that the neurosurgeon can use to reliably and efficiently insert these threads exactly where they need to be”. However, during that August 2020 presentation, Musk said that eventually the whole process would be automated. “The Link procedure, the installation of the Link… done in under an hour. So you can basically go in the morning and leave the hospital in the afternoon.”

The device would also come with a charger, circular in shape, that can be plugged to a power source to wirelessly charge the Neuralink from outside the human body.

At its most basic, the device would then allow users to control a digital device such as a computer or smartphone with their minds. According to Neuralink, “The Neuralink app would allow you to control your iOS device, keyboard and mouse directly with the activity of your brain, just by thinking about it.”

While this sci-fi future might be appealing to some in the general populace, Musk told the audience that Neuralink’s goal is to create a device that can “solve important spine and brain problems with a seamlessly implanted device”.

Neuralink’s website also states that the “initial goal” of their “technology will be to help people with paralysis to regain independence through the control of computers and mobile devices. Our devices are designed to give people the ability to communicate more easily via text or speech synthesis, to follow their curiosity on the web, or to express their creativity through photography, art, or writing apps.”

Neurons, action potentials, and synapses, that’s how. Australia’s University of Queensland website describes neurons as “the fundamental units of the brain and nervous system, the cells responsible for receiving sensory input from the external world, for sending motor commands to our muscles, and for transforming and relaying the electrical signals at every step in between.”

Each of us has roughly 100 billion neurons in the brain that have synapses, which are structures that make it possible for them to receive and send messages. The neurons communicate with each other via brief electrical signals known as action potentials, which cause synapses to release neurotransmitters, the chemical messengers that transmit a signal from a neuron across the synapse to the target cell.

Neuralink says that they place their electric conductors “near neurons in order to detect action potentials. Recording from many neurons allows us to decode the information represented by those cells. In the movement-related areas of the brain, for example, neurons represent intended movements. There are neurons in the brain that carry information about everything we see, feel, touch, or think.”

Theoretically, once Neuralink has the neuron’s intended message, it can be sent directly to a computer, or other cells.

So when should I book my implant date with Elon’s robot?

As things stand, Musk is still to confirm clinical trials on humans. Brain implants are also not an entirely new science, and beyond being wireless, some question whether or not the Neuralink has made significant progress in the field.

He wrote: “As yet, four years after its formation, Neuralink has provided no evidence that it can (or has even tried to) treat depression, insomnia, or a dozen other diseases that Musk mentioned in a slide. One difficulty ahead of the company is perfecting microwires that can survive the ‘corrosive’ context of a living brain for a decade.

“That problem alone could take years to solve. The primary objective of the streamed demo, instead, was to stir excitement, recruit engineers to the company (which already employs about 100 people), and build the kind of fan base that has cheered on Musk’s other ventures and has helped propel the gravity-defying stock price of electric-car maker Tesla.

“Despite the long list of medical applications Musk presented, Neuralink didn’t show it’s ready to commit to any one of them. During the event, the company did not disclose plans to start a clinical trial, a surprise to those who believed that would be its next logical step…. It is unclear how serious the company is about treating disease at all.”

Then there are the potential privacy issues. The Neuralink literally traffics in data directly from your brain. That in itself might present a new category of privacy concerns in terms of what data companies might have access to. In December 2019, the Organisation for Economic Co-operation and Development (OECD), a policy advisory body with 37 member countries, published their first “OECD Recommendation on Responsible Innovation in Neurotechnology” driven in part by the realisation that “neurotechnology raises a range of unique ethical, legal, and societal questions that potential business models will have to address. These questions include issues of (brain) data privacy, the prospects of human enhancement, the regulation and marketing of direct-to-consumer devices, the vulnerability of cognitive patterns for commercial or political manipulation, and further inequalities in use and access.”

Musk and Co are certainly not the only ones in the neurotechnology game. The Swiss company Mindmaze is working on a variety of technologies, including something called the “cognichip”, a microchip “that can replicate the way that the brain handles huge amounts of data”, and potentially advance the field of “digital therapeutics” in healthcare.

Then there’s Synchron, which is developing the Stentrode, “a minimally-invasive brain-computer interface currently being investigated in a clinical trial involving people affected by severe paralysis. Our first in-human study has thus far demonstrated that two patients with ALS were able to use the Stentrode to text, email, shop and bank online through direct thought, improving their functional independence. This research is ongoing.”

But, for now, consumers looking to scratch their neurotech itch in a non-invasive way can pre-order Neurable’s Enten headphones through its fundraising indiegogo campaign. The headphones use EEG (electroencephalogram) brainwave sensors to translate “brain activity into simple, actionable insights you can use in your everyday life”.

According to a YouTube video posted by Neurable on 4 May, the Enten headphones translate the brain’s electrical signals, and use an app which then interprets these brain signals into data you can understand, such as letting you know when you are most focused, and for how long you were focused. It also promises to let you track how specific activities affect your focus.

“You can even learn what music keeps you in the zone. While you listen to your playlist on your favourite music apps, Enten will track which songs help you focus, and offer recommendations on what to listen to when… or when you’re in the zone, Enten will automatically cancel background noise and block notifications to keep you from getting distracted,” says the voiceover in the video. Neurable estimates that it will start shipping in May 2022. However, do keep in mind that while the earphones seem far less invasive than a brain implant, the technology still gives Neurable access to data directly from your brain. DM/ML