The fine legal line between legitimate protest and criminality 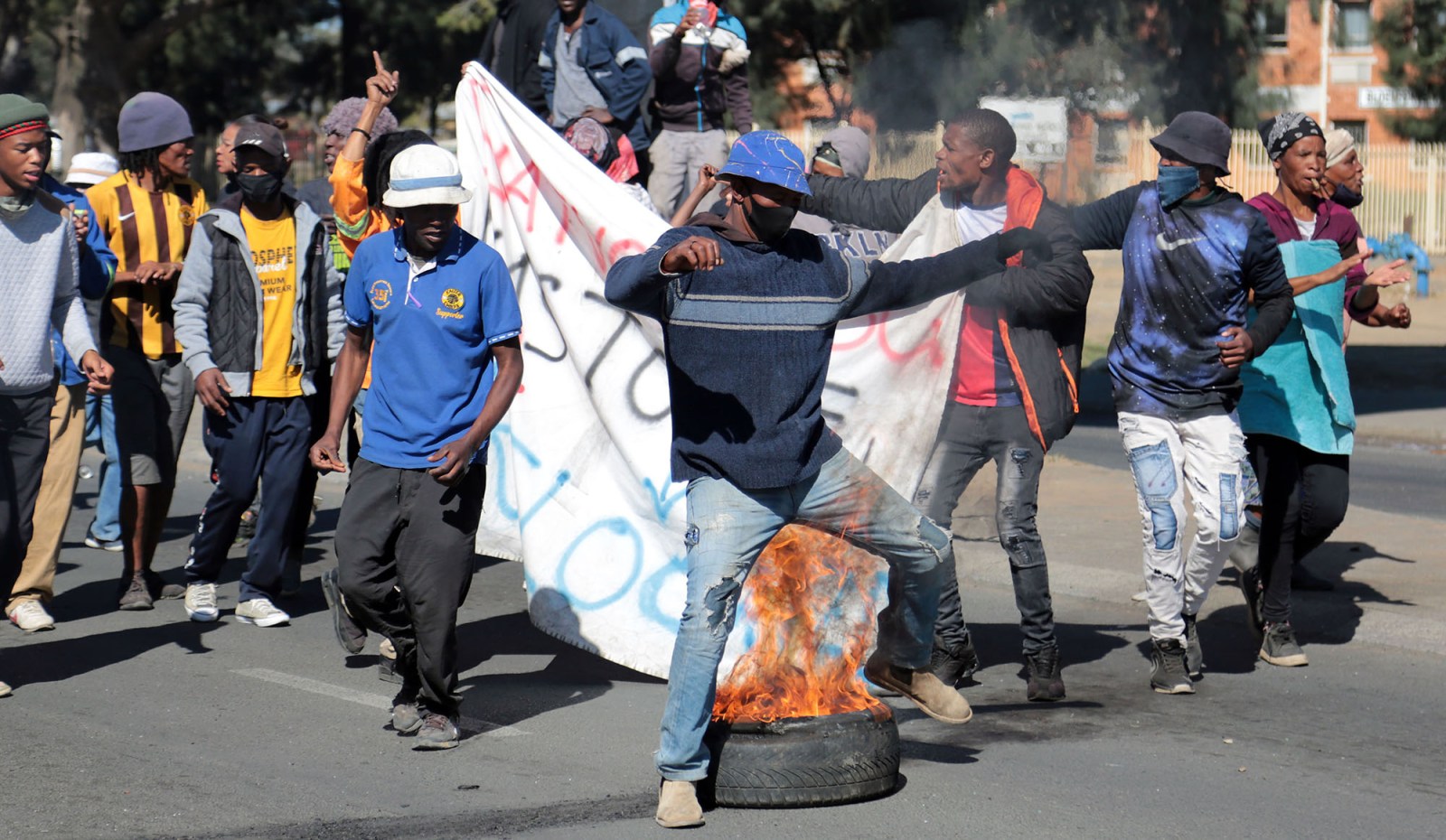 A protest which results in a shutdown and interference with the rights of others may delegitimise the cause and allow the government to escape accountability for failure to provide basic services.

Stanley Malematja is the attorney at the Right2Protest Project, based at the Centre for Applied Legal Studies at Wits University.

The government is in the second phase of the Covid-19 vaccine roll-out and citizens above the age of 60 have started receiving their jabs. In Mangaung in the Free State, seniors could not be vaccinated because of a shutdown over service delivery which resulted in the blockage of 15 roads.

The disgruntled community members want the Mangaung council to be disbanded and the city manager to step down. In 2019 the Mangaung local municipality was placed under administration, a clear indication of its failure to ensure service delivery.

The community has tried to engage the municipality on issues of service delivery, but to no avail — hence the shutdown. A shutdown involves the blocking of roads with bricks, rocks, debris and burning tyres, regrettably negatively affecting those who are not part of the protest.

Arguably, a shutdown disturbs public peace. During shutdowns, children are often hindered from going to school and workers are unable to go to work, affecting fundamental human rights. Equally, lack of service delivery constitutionally infringes on rights guaranteed under the Constitution.

I do not suggest that shutdowns are by definition unlawful protest actions, because an unlawful protest is one that has been prohibited in terms of the provisions of section 5 of the Regulation of Gatherings Act. Rather, the question is whether shutdowns are afforded the protection under section 17 of the Constitution which guarantees and protects the right to protest in a manner that is peaceful and unarmed.

This is a vital question, because when participants of a shutdown are arrested, they are often charged with the criminal offence of public violence, resulting from road blockages. We have seen this, for example, in the case of Ndela & Others v The State where 29 women were charged with public violence after they requested and caused a truck driver to block a road with his truck during a service delivery protest.

The high court in Ndela & Others v The State found that any use of non-violent “force” or any protest action that “invades the rights of others” is capable, in principle, of constituting public violence. The Supreme Court of Appeal upheld the decision of the high court. The Socio-Economic Rights Institute (Seri) appealed to the Constitutional Court, but unfortunately the apex court dismissed Seri’s appeal application, thus confirming that a non-violent protest which affects the rights of others may lead to charges of public violence. Put differently, a “non-violent” road blockage during a protest is sufficient for a charge of public violence to be sustained.

In the case of Fourways Mall (Pty) Ltd v South African Commercial Catering and Allied Workers’ Union, the court found that the provisions of section 17 of the Constitution do not protect protest actions in which protesters intimidate the general public and interfere “with the rights of other tenants of a shopping mall”.

A shutdown as a form of protest inevitably interferes with the rights of people. Unfortunately, a mere blockage of roads by protesters may result in the protest losing the protection of the Constitution through a charge of, and conviction for, public violence.

Although a shutdown may be effective in getting the attention of those who are in power, a charge of public violence may easily be laid against protesters.

Often, a shutdown is a matter of last resort by desperate and disgruntled protesters, especially in relation to service delivery protests. A protest which results in a shutdown and the interference with the rights of other people may, unfortunately, delegitimise the cause and allow the government to escape accountability for failure to provide basic services. This is because the government responds by arresting the protesters in the name of protecting the rights of other people, especially those who are not part of the protest.

Instead of receiving basic services, protesters receive criminal records for public violence. Although criminal conduct must be punished, it is concerning that fighting for a fundamental human right can attract criminal sanctions. It must be noted that the legitimacy of the cause of the protest is not a justification for the offence of public violence, even though such an offence may result from a mere road blockage as a method of seeking accountability. Once other people’s rights are interfered with, the legitimacy of the cause of the protest plays an insignificant role in the criminal justice system, especially in terms of arrest and conviction.

Municipalities are at the forefront of ensuring access to basic services. A number of municipalities are unable to fulfil their obligations, hence the large number of service delivery protests — with those responsible seldom being held accountable.

In the North West High Court recently, a judge ordered that the residents’ association, Kgetlengrivier Concerned Citizens, be allowed to take control of the area’s sewage works, to be paid for by the local and provincial governments. The order followed the failure of the municipality to ensure service delivery. This shows that litigation is one of the ways of holding dysfunctional municipalities to account.

The court even went as far as making an order for the imprisonment of the municipal manager. Due to the socioeconomic structures and levels of inequality in South Africa, not everyone can afford to pay for litigation to take municipalities to court, and public interest organisations face issues with capacity and funding.

People must go back to the drawing board and strategise ways of holding their leaders accountable, as the last resort of protest through shutdowns may interfere with the rights of others and expose protesters to criminal sanctions. During shutdowns, people may also sustain serious bodily injuries and sometimes death at the hands of police officers and private security personnel during crowd management.

Organisers of protests and participants must be cautious not to interfere with the rights of others during protests as that may lead to criminal charges which will most likely delegitimise the protest. DM