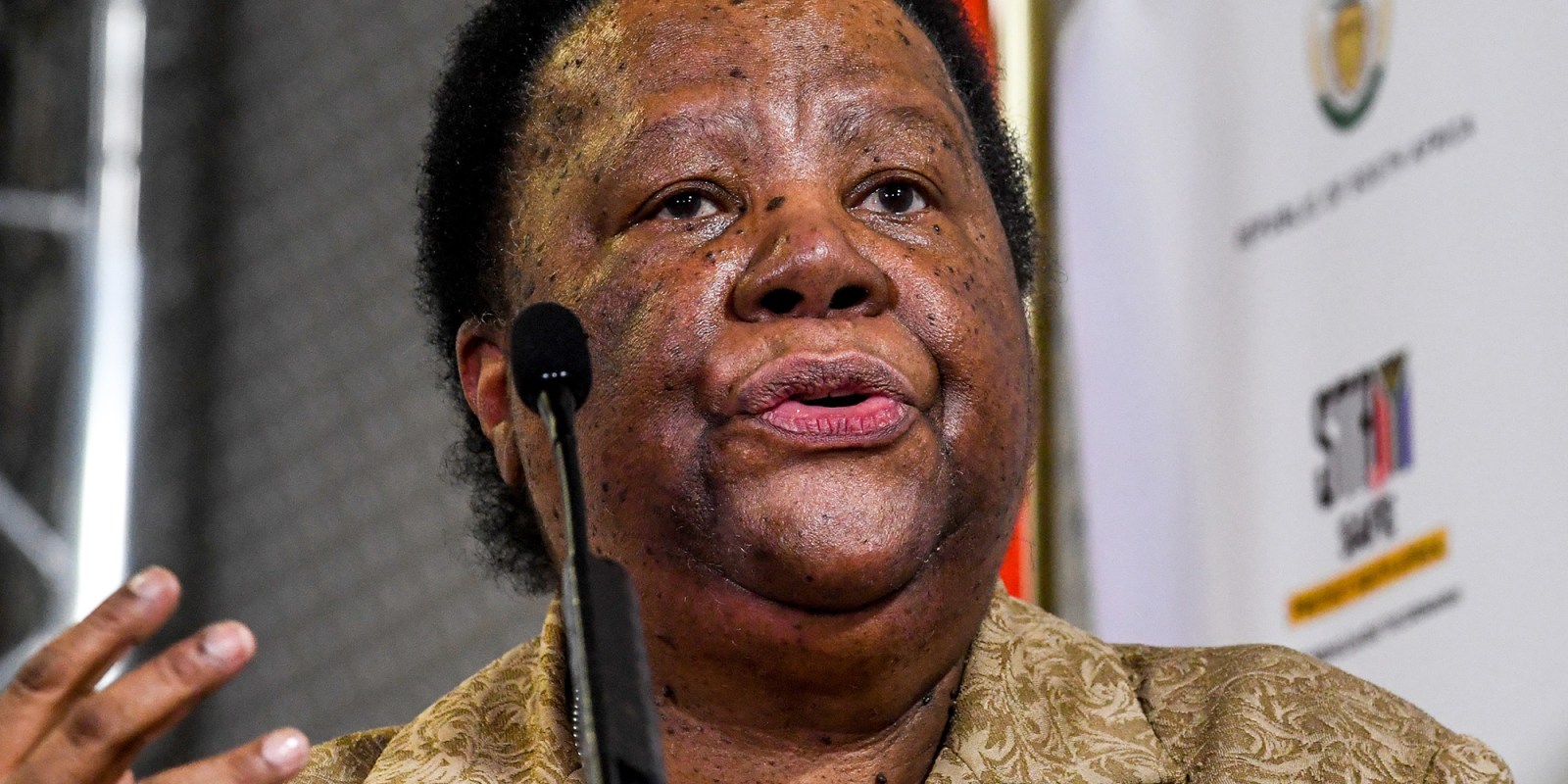 President Cyril Ramaphosa and other regional leaders will meet Mozambique’s President Filipe Nyusi before the end of May to hear from him if he will accept a regional military intervention force in his country to tackle a growing Islamist insurgency.

The presidents of SADC’s security organ troika, comprising Botswana, South Africa and Zimbabwe, were to meet Nyusi at a summit in Maputo on April 29 to consider the intervention plan. But the summit was postponed indefinitely, supposedly because Ramaphosa was then appearing before the Zondo Commission and Botswana’s President Mokgweetsi Masisi was quarantined because of Covid-19. But the long delay in rescheduling the summit began to reinforce existing doubts about whether Nyusi really wanted a SADC force to come to his rescue.

Many regional officials and analysts believe he prefers to negotiate military help from individual countries and private military companies rather than having to rely on SADC — and thereby losing face with his neighbours.

This week Ramaphosa met Nyusi on the margins of French President Emmanuel Macron’s summit in Paris on refinancing African economies. The two leaders proposed a date for the postponed SADC security organ troika summit, International Relations and Cooperation Minister Naledi Pandor told a press conference on Thursday. She was at the Paris meeting.

After discussions with Botswana as chair of the SADC security organ troika, a date had been agreed on and would be announced by the SADC secretariat, Pandor said. It would be this month, she said.

“Mozambique does want SADC to be active in assisting to address this matter of the incursion by extremists in Cabo Delgado,” Pandor added.

However, government officials and analysts remain sceptical. They point to Nyusi’s deals or negotiations for military assistance from the likes of Portugal, the US, private military company Dyck Advisory Group (DAG) and now, reportedly, Rwanda. These suggest that Nyusi wants to keep tight control on any foreign intervention and fears that a relatively large SADC force would pursue its own agenda.

Some observers believe that Nyusi does not want 3,000 troops from neighbouring countries to see up close how bad things are in Cabo Delgado. Many believe the insurgency flared up there in large part because the province has been deprived of adequate government services.

Nyusi may also want to avoid regional troops learning too much about the trafficking of drugs and natural resources in Cabo Delgado, which Frelimo elites are alleged to have an interest in.

Pandor was speaking ahead of her address to Parliament in the debate on the vote of her department’s budget. She said that the Covid-19 pandemic had disrupted many of the department’s goals over the past year and had forced significant budget cuts.  The department’s original 2020/2021 budget had been reduced from R6,850,179,000 in April 2020 to R6,314,968,000 today.

Meanwhile, the department’s budget for 2021/2022 had been announced as R7,038,531,000 in the 2021 Budget speech, but had since been reduced to R6,452,372,000. Among the saving measures would be the closing of 10 of South Africa’s 122 overseas embassies or other missions, Pandor said. These included the embassies in Helsinki in Finland, the Vatican in Rome, Minsk in Belarus, Port of Spain in Trinidad and Tobago, Muscat in Oman, Suva in Fiji, Bucharest in Romania and Lima in Peru.

Pandor said her department would do all it could to maintain good relations with those countries, including by covering relations from nearby countries, appointing honorary consuls and intensifying engagement with the embassies of those countries in South Africa.

Pandor also seemed to suggest that Pretoria was contemplating closing its embassy in Israel because of heavy Israeli airstrikes in Gaza in retaliation for a barrage of rockets fired at Israel by the Islamist group Hamas, which controls Gaza.

She said South Africa had already taken “fairly strong action” by withdrawing its ambassador to Israel two years ago. She added: “I am getting a petition which we have had directed to our government, calling on us to close the embassy in Israel as our presence there is not serving the role we had hoped, of helping to advance discussions towards peace and freedom for the people of Palestine.

“It’s something we will continue to discuss,” she added. However, a senior government official insisted that “the option of completely closing down our embassy in Israel is not even on the table”.

“We should be protesting on a regular basis, highlighting the plight of Palestine and any support we can provide in humanitarian terms — given the devastation that the West Bank and other parts of Palestine are experiencing — is support that South Africa should provide.”

In her budget speech in Parliament on Thursday, Pandor called for greater international action, including sanctions against Israel, and said South Africa should support the International Criminal Court in its planned investigation of the abuse of human rights by the Israeli government.

The SA Jewish Board of Deputies, representing the Jewish community in South Africa, has condemned Pretoria for criticising Israel for its airstrikes in Gaza but remaining completely silent on the many hundreds of Hamas rockets fired into Israel.

On another issue, Pandor would not reveal whether the government would extradite former Mozambican finance minister Manuel Chang to Mozambique or to the US, to face fraud and corruption charges in a $2-billion scam involving the purchase of fishing and patrol vessels.

Both countries have charged Chang, and Ramaphosa has been sitting on the difficult decision for several months. Last week the Mozambican government launched an application in the Johannesburg High Court for an order compelling Justice Minister Ronald Lamola to extradite Chang, who has been in detention in South Africa for nearly 29 months.

Pandor said on Tuesday that her government would put its case inside the court.

The minister also insisted that her government’s stalled mediation effort in the Zimbabwe crisis was still alive and that she would discuss it with the new Zimbabwean foreign minister, Frederick Shava, on his visit to South Africa on Friday.

“I hope we will be able to open up further discussion on what further assistance South Africa might provide to Zimbabwe to address these two key issues… an economic challenge as well as a sociopolitical one.”

Both had to be addressed simultaneously to “make progress”, Pandor said. Ramaphosa sent three special envoys to Zimbabwe in 2020 to discuss the deteriorating economics and politics in the country. They met President Emmerson Mnangagwa, but he would not let them meet the opposition.

His continuing refusal to do so has prevented the envoys from revisiting Zimbabwe.

“We have discussed through President Ramaphosa with his counterpart in Zimbabwe, the return of the envoys to Zimbabwe to complete the work that had been started,” Pandor said.

“It is our view that without the envoys meeting stakeholders outside the governing party, we will not have a full picture of the challenges and possible responses to the problems confronting Zimbabwe.

“So the envoys who had been assigned initially will be returning there as soon as we can agree on dates. There has been a more receptive response to the ongoing proposals President Ramaphosa has made.”

However, officials said they had not detected any softening of the resistance of Mnangagwa and the ruling Zanu-PF to the South African envoys meeting the Zimbabwe opposition. Zanu-PF insists that Zimbabwe faces only an economic crisis precipitated by international sanctions and so no political intervention is needed from South Africa. DM