Day Four: Some provinces fly through vaccines after centres ‘overwhelmed’ by demand 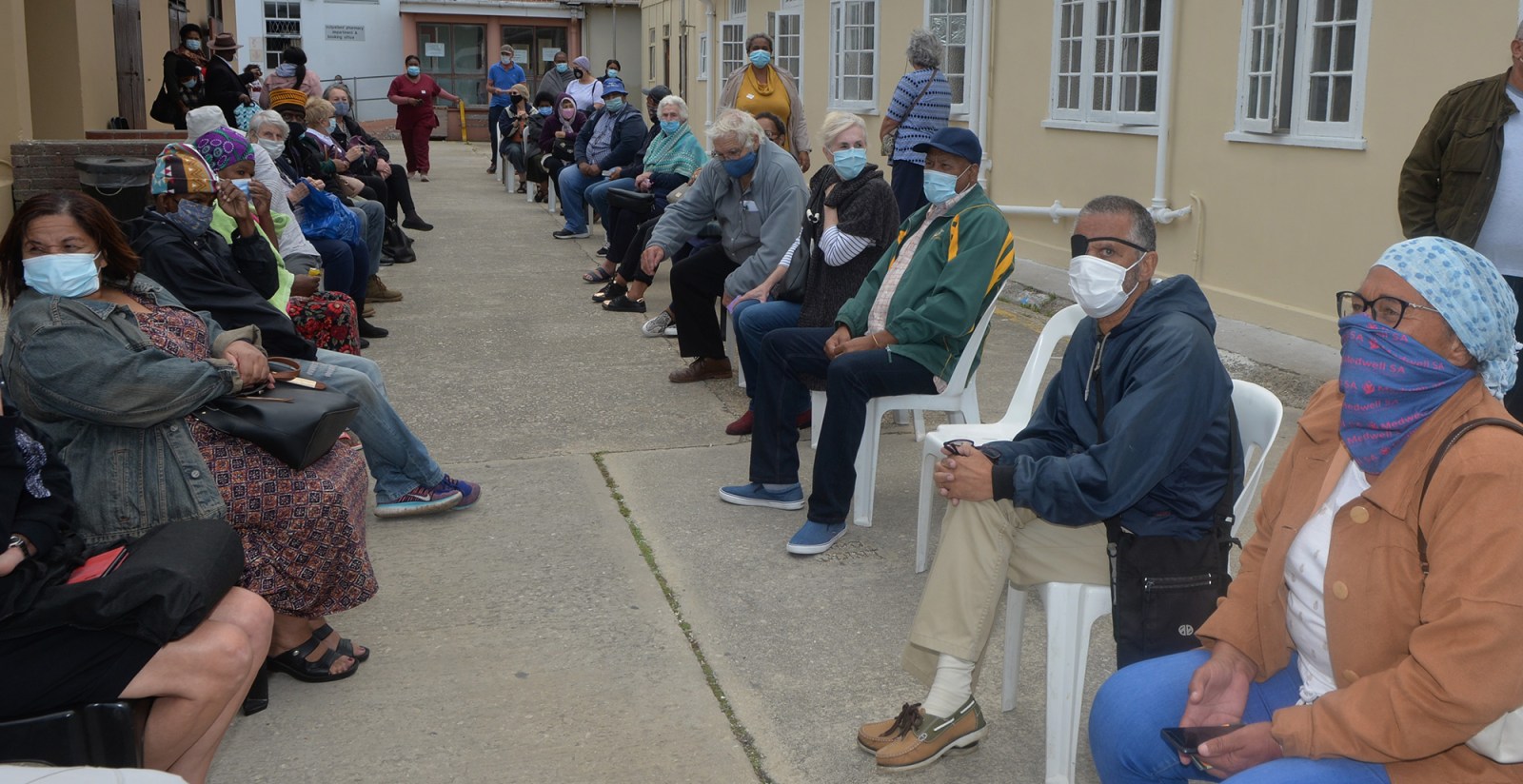 On Day Four of the national roll-out of the Pfizer Covid-19 vaccine, provinces were flying through their allocated doses after some health departments reported high demand.

Nine-thousand extra doses of the Pfizer vaccine had to be sent to the Eastern Cape on Thursday as the allocated vaccines were used up after a huge demand by the elderly in the province.

“The elderly have demonstrated much enthusiasm and came for vaccination in numbers. There have been scores of elderly people coming forward to get vaccinated. The department took a decision not to refuse vaccination to anyone who is over 60 years old when they present themselves after registration for vaccination,” said spokesperson for the Department of Health Sizwe Kupelo.

“The quantities of vaccines are limited in the country and we rely on the national department for supply. Another delivery of 9,000 vaccines is expected on Thursday,” he said.

“Due to our high performance, we are expecting more vaccines from those provinces that have not performed the way the Eastern Cape has.”

Kupelo said they had vaccinated between 3,500 and 4,000 people a day since Phase 2 began on Monday.

KwaZulu-Natal on Wednesday vaccinated 17,560 people, including people over 60, healthcare workers, residents of old age homes and those accessing their vaccines in the private sector.

Dr Nicholas Crisp, who is overseeing the national electronic vaccine registration system, said they were delighted by the numbers coming through.

“I want to stress that the system has been designed to protect people. They must just be patient. We will get to everybody,” he said.

Crisp said they were blocking appointment SMSes in Mangaung in the Free State because ongoing service delivery protests made it impossible to carry out vaccinations there, but at other Free State sites vaccinations had run smoothly.

Crisp said his team was exhausted. “We owe them a great deal of gratitude for the work they have done.”

The Minister of Health, Dr Zweli Mkhize, said on Wednesday night that 77,505 people had been vaccinated since Phase 2 of the national roll-out began for those over 60. This was up from a total of 39,371 on Tuesday night.

Earlier this month Mkhize said the vaccine supply would increase by 320,000 doses a week until May 31 and then by an average of 636,480 doses weekly to a total of 4.5 million doses by the end of June.

Western Cape Premier Alan Winde said on Thursday that a scale-up of sites had resulted in vaccinations increasing daily in the last three days, with 729 residents over the age of 60 getting their vaccine on Monday, and 1,558 on Wednesday.

“We expect this trend to continue,” Winde said.

He said additional sites would be brought online from Monday, adding that the Western Cape Department of Health had been given control over the scheduling of SMS appointments as of Wednesday.

“Our teams will aim to provide a three-day lead time, going forward, so that residents have enough time to get to their vaccination site. We will also make sure that sites are selected close to where the person resides.”

The Mediclinic group confirmed that it would bring its sites online from 24 May at Cape Gate, Milnerton, Geneva Hospital and Vergelegen Hospital.

In the Western Cape the percentage of residents over the age of 60 who have registered for their vaccine has increased from 27% to 37% in the past week.

In Gauteng, spokesperson Kwara Kekana said they had administered 17,321 first-dose Pfizer vaccines between Monday and Wednesday at 30 sites. She said they planned to open another 10 sites in the coming week.

In Limpopo, the provincial department of health was rolling out its vaccination campaign at the Donald Fraser Hospital to traditional leaders, traditional health practitioners, religious leaders and healthcare workers. The province has not yet published vaccination figures.

In the Northern Cape, 330 people had been vaccinated in Phase Two, the provincial health department said. This included outreach at old age homes in Kimberley. A total of 659 people in the province have been vaccinated since 16 May.

North West Health MEC Madoda Sambatha said he was pleased with the progress of the vaccination roll-out in the province.

From a slow start, with 761 people including healthcare workers and those aged 60 and above vaccinated on Monday, vaccination had picked up speed to 2,071 on Tuesday and 4,441 on Wednesday.

He said the number of sites had doubled, from five to 10, since Monday, and that by June another 15 will have been added.

The Mpumalanga Department of Health has not yet given numbers for Phase Two, but indicated on Tuesday that the province had vaccinated around 20,000 people including health workers who were included in the Sisonke roll-out. The department said 86 residents of old age homes were vaccinated on Wednesday. DM/MC