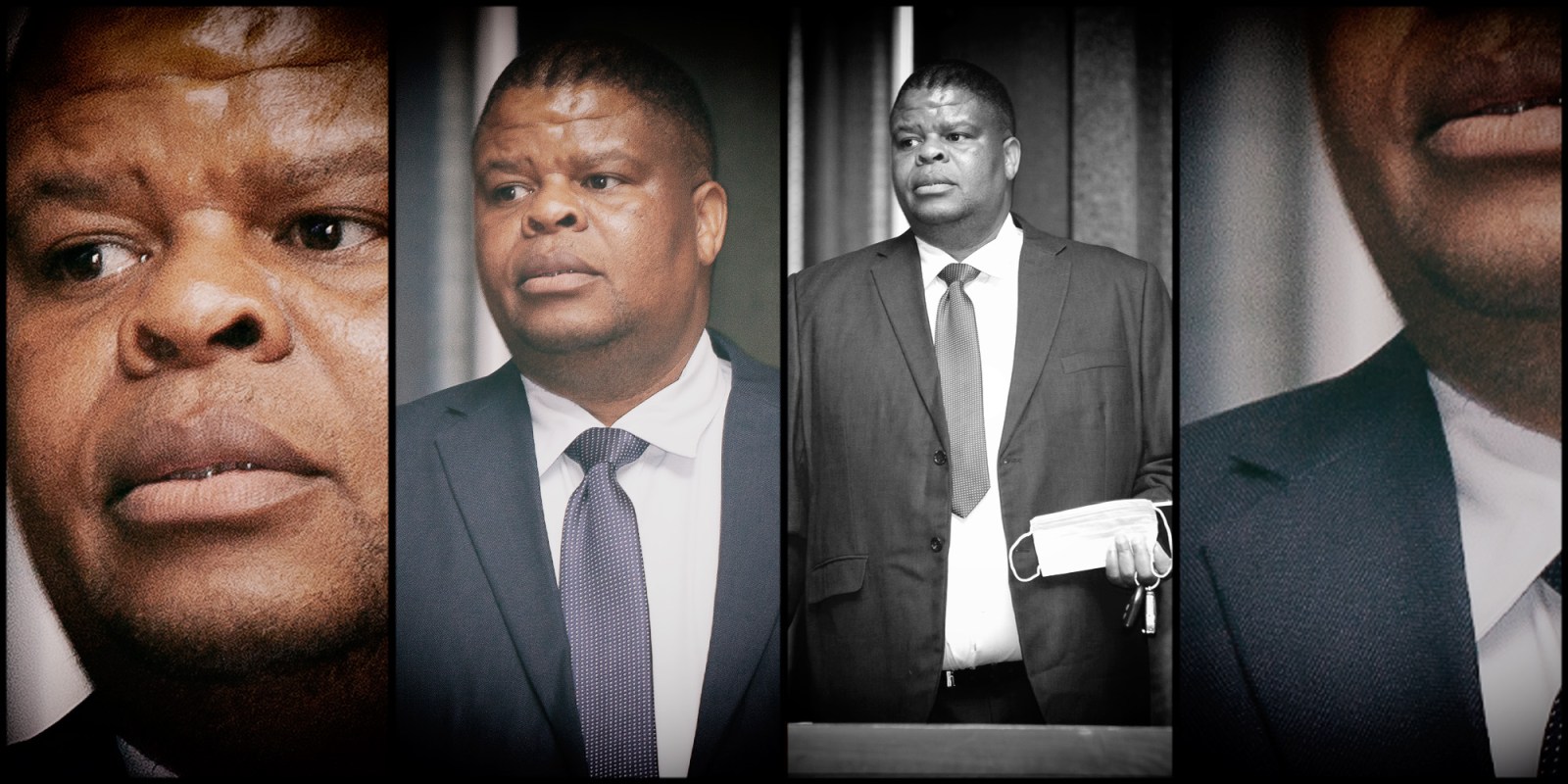 The alleged poisoning of former president Jacob Zuma and the name of an apartheid assassin were central to proceedings at the Zondo Commission late on Wednesday when former state security minister David Mahlobo was in the hot seat for questioning.

During the proceedings, Mahlobo denied a string of allegations, including that he issued direct instructions to the chief financial officer when he was minister of state security and that he had been involved in, or had initiated, intelligence projects.

He also referred to information peddlers, saying some were within the State Security Agency (SSA), who passed on information dotted with both truth and lies, and who could cause decisions to be made based on false information.

“It has led countries to war,” Mahlobo said.

Previously, the Zondo Commission heard allegations that taxpayers lost hundreds of millions of rands to a series of covert SSA projects effectively meant to protect Zuma.

On Wednesday, evidence leader Paul Pretorius put it to Mahlobo that 10 witnesses had given evidence to the effect that he had actively involved himself in SSA operations.

Pretorius asked why they would give false evidence.

“Intelligence is politicised,” Mahlobo replied, adding that he knew some viewed him as Zuma’s “henchman” and others had tried to have him removed from his position.

He said that like other government departments had problems, so too did the intelligence arena and it was not immune to the politics of the ANC.

“In intelligence, there will always be rogue elements,” Mahlobo said.

The proceedings got off to a staggered start when, instead of providing direct and concise answers to Pretorius, Mahlobo nitpicked over the nature of questions and the manner in which these were posed to him.

Pretorius referred to an affidavit by “Mr Y” who made mention of an SSA project, Operation Lock, that involved a safe house and the protection of apartheid policeman and assassin Eugene de Kock, who was released on parole in 2015.

De Kock had been assigned the codename “Mr Lock”.

Pretorius put it to Mahlobo that he reportedly had close personal involvement in this operation.

Instead of immediately answering, Mahlobo hit back that the law did not allow for the naming of individuals when it came to intelligence and counterintelligence operations.

“They should not have used the name of the person. I want to put it on record because it’s illegal,” he said, in an apparent reference to Pretorius naming De Kock.

Mahlobo then returned to the allegation about him and Operation Lock, saying: “The minister has never been involved in operations. The answer, it’s a big no.”

He instead said “there were challenges” relating to the operation and his office had effectively intervened to resolve these.

Pretorius, referring to transcripts relating to someone known as Frank, put it to Mahlobo that money had been delivered to his offices and this appeared to have been earmarked for Operation Lock.

Mahlobo, in response to this, addressed Deputy Chief Justice Raymond Zondo, saying he did not want to deal with the transcripts for reasons including that the documents did not have a certificate from transcribers.

Eventually, after much discussion over Mahlobo’s concern, Pretorius rephrased his question to Mahlobo, asking: “Was money paid to the minister’s office in relation to the execution of Project Lock?”

Mahlobo reiterated that his office got involved to try to resolve challenges involving project managers and including disputes over non-payment.

He did not know whether, through doing so, money was received.

Pretorius also asked Mahlobo about Project Tin Roof, which related to the alleged poisoning of Zuma, and whether Mahlobo had this operation set up in December 2014.

Mahlobo denied this, saying: “The allegation is false. There was no insistence from me.”

Pretorius further asked Mahlobo if he had MaNtuli (a reference to Nompumelelo Ntuli, an estranged wife of Zuma’s who was accused of involvement in a plot to poison him) removed from Zuma’s Nkandla homestead.

Mahlobo hit back, saying Pretorius should not name her.

After much toing and froing over this, Pretorius asked Mahlobo: “In relation to the alleged poisoning… there was a suspect. Did you have any involvement in the removal of the suspect from Nkandla?”

Mahlobo, appeased that no name was mentioned in the question put to him, said he never removed “the suspect”.

“I never issued that instruction. I know there was a suspect on the serious matter of national security where the head of state was allegedly poisoned.”

The operation relating to this matter was not limited to state security, Mahlobo said, but was a security cluster one.

A covert operation was run in relation to Zuma’s alleged poisoning.

Changing focus, Pretorius asked Mahlobo if he had recruited a former SSA member “to mitigate and resolve” Fees Must Fall protests.

He said he had not.

Project Justice, an alleged operation aimed at influencing the judiciary, was also focused on, with Pretorius referring to an affidavit which said it involved destabilising the state and judges involved with foreign intelligence.

Pretorius said R1.8-million had been dispensed monthly for this project.

He asked Mahlobo if his office had received money relating to this.

Mahlobo said Project Justice “was not about buying judges” and that he was not sure if money was given to his office.

Mahlobo replied: “I don’t know about that.”

At the start of Wednesday night’s sitting, Mahlobo repeatedly said to Pretorius that his mentioning of certain names was not legal and could risk the safety of those identified.

However, Pretorius assured Mahlobo that questions put to him were based on evidence that had been cleared with the SSA.

In addition, several of the names mentioned had cropped up before and been discussed during the commission’s publicised sittings.

The verbal sparring between Mahlobo and Pretorius got heated at some points, with Mahlobo telling Zondo: “If Mr Pretorius is going to have an attitude I’m going to give one back.

Last week a senior State Security Agency official testified that she was involved in paying millions to Mahlobo and the Umkhonto weSizwe Military Veterans Association.

This was after the Inspector-General of Intelligence, Setlhomamaru Dintwe, testified about money stolen to fight factional battles. DM