What a strange tale of poison tells about Jacob Zuma’... 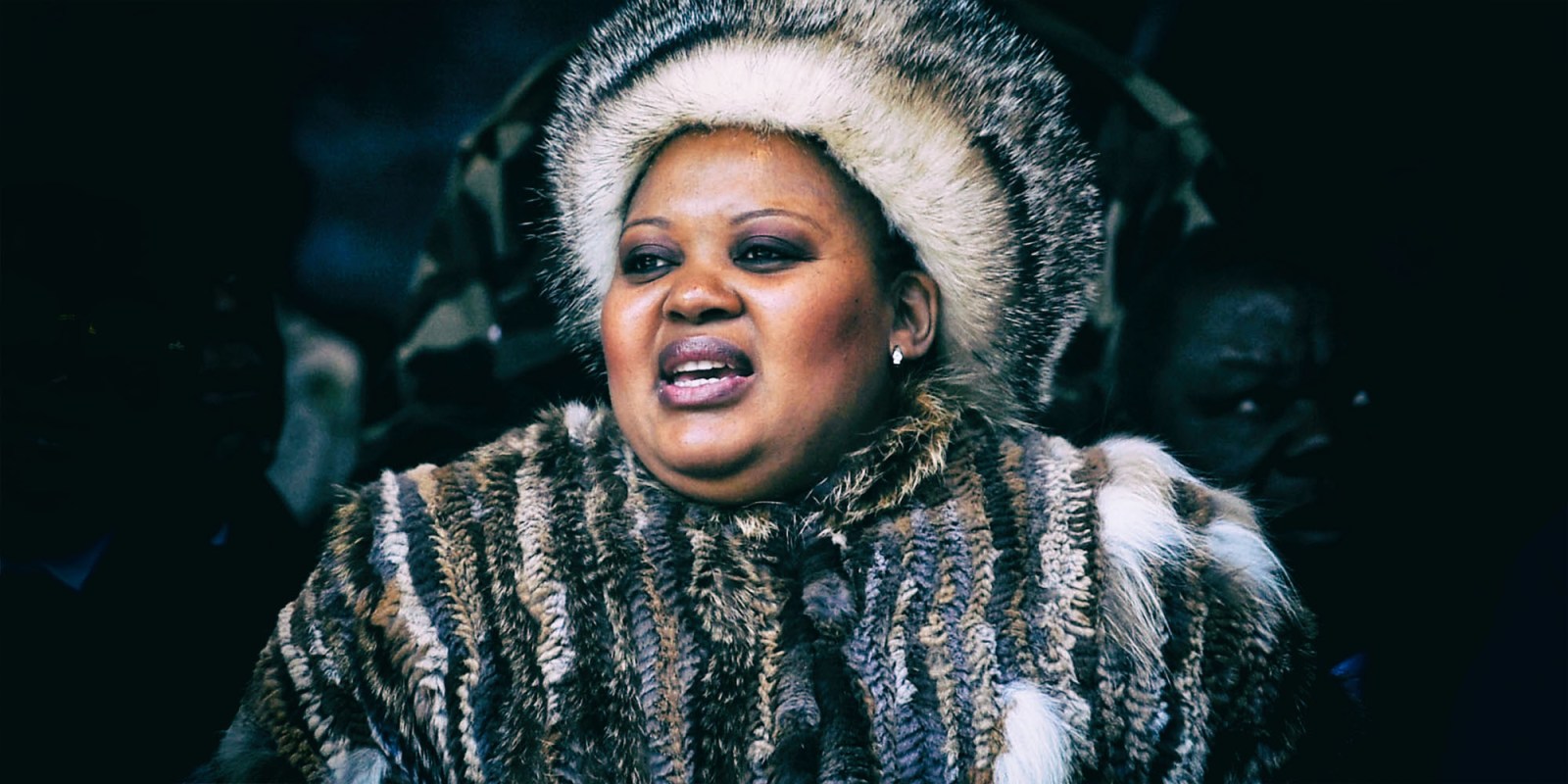 Poison is the dark magic of fairy tales. It put Snow White into her forever sleep and killed the prince’s horse in an instant in The Riddle. In real life, poisonings can be political fable – a way to make myth and reality merge without a single question being answered. That’s where we’re at with the Zuma-MaNtuli poisoning case, now vanished into thin air with a decision last month to drop charges against Zuma’s estranged second wife.

The Jacob Zuma poisoning story grows curiouser and curiouser. It circles back in a tight plait of paranoia and power. It holds clues to fictions in Zuma’s head, the actors he allowed to play leading roles and how this affected the way he ran his household, the ruling party and the country.

Poisoning accusations are a device with which to cast doubt and Zuma has used them with devastating brilliance. He understands that poison draws power from being undetermined, non-specific and mysterious. As Dr Isak Niehaus writes in Witchcraft, Power and Politics, poison is made of the nebulous and varied – everything from brains of crocodiles, for the perceived hot heads of the reptiles as they bask in the sun, to the sekgowa’s (the way of whites) insecticide.

Nompumelelo Ntuli-Zuma (MaNtuli) meanwhile, is left only with Twitter’s fleeting outrage and a limbo position of “examining legal options to sue the NPA (the National Prosecuting Authority)”. Her plight highlights the weakened position of women who remain the default target of poisoning and witchcraft accusations.

MaNtuli’s lawyer Ulrich Roux said he would respond on her behalf to Daily Maverick questions. He didn’t – making her voice thinner still.

Professor Julie Parle of the University of KwaZulu Natal’s School of Social Sciences, says: “The personal is always political; poisoning accusations are historically strongly associated with women. The result is that women are the scapegoats and women are the ones who are ostracised.”

Witchcraft is intensifying in South Africa, she says. “It’s driven by insecurity, a lack of trust in the state and a lack of viable alternatives. We saw witchcraft beliefs intensify in the last decades of the struggle, when communities were turning on each other, and we saw it in the worst of the HIV/Aids epidemic.”

She adds “Witchcraft beliefs and charismatic Christianity may also feed each other.” Add to this patriarchy and it’s a toxic mix.

In December last year, in EmaXesibeni in the Eastern Cape, three women were killed in a space of a week in alleged mob attacks. They were accused of witchcraft.

In February 2017 videos and photos of a woman stripped naked and called out as a witch by a baying mob did the rounds on social media. Police confirmed that the woman from Nkomazi, Mpumalanga, had to be hospitalised due to the violent assault. Her house was burnt down.

“Poisoning is secret knowledge that everybody has. Witchcraft in a southern African context should be understood as a kind of sorcery, it’s a deliberate magical effort to do harm through using the right frame of mind, rituals or objects – poisoning fits into that category. In witchcraft everyone is vulnerable to everyone else,” he says.

This vulnerability would have fuelled Zuma’s paranoia, Thornton says. It would also make perfect sense for the then president to fly to Russia in 2015 to seek treatment for his alleged poisoning. In November last year, Zuma advised Deputy President David Mabuza to head to the same destination when Mabuza was also allegedly poisoned.

“The idea is that you need to get away to heal yourself and to get away from all possible influences of people working against you. There is the idea that there are enemies everywhere; trust no one. At the same time, someone like Zuma has to have trust in those around him, so it sets up this conflict,” Thornton says.

It is still fuzzy as to why MaNtuli was scapegoated for the alleged poisoning. By the end of 2014, when Zuma said he had been poisoned, he had already married two other women. But the alleged sexual betrayal of the “big man” polygamist would probably be enough.

Speaking in a Newzroom Afrika interview last month, 44-year-old MaNtuli, told of her “five years of hell”, of being subjected to lie-detector tests and interrogation over accusations of poisoning the president’s tea and also of an affair, years earlier, with a private bodyguard. (The bodyguard, Phinda Thomo, committed ‘suicide’ under strange circumstances in 2009 – Ed)

By the time Zuma recorded his New Year’s message to the nation in 2014 he was breathless and visibly unwell. His state of health and his unequivocal but veiled accusations were licence to unleash State Intelligence and the Hawks’ dogs of hell and build a flimsy but dark case against MaNtuli. It led to her and her children being banished from the Nkandla compound to a one-roomed guest house in Greytown, MaNtuli has since revealed.

It was David Mahlobo, then State Security Minister she inferred in her TV interview, who orchestrated the poisoning accusations against her.

Revenge and punishment would also not be divorce, but it would be about getting Shaun Abrahams’ NPA marking MaNtuli for “investigation”, raising just enough doubt for her to stew in suspicion and for suspicion to strip her of customary protection.

Thornton joins dots here when he says: “An allegation of poisoning is not only illegal, but deadly, the ordinary protections don’t apply, so the wife can be banished from the household.”

He adds of the power of doubt and of poisoning, “Even a sangoma would not help you identify a witch. They would throw the bones but they would never be deterministic, only suggestive. The reason being is that if you can see the witch, the witch can also see you.”

Zuma understands this power and risk in traditional and cultural framing. After all, Thornton says Zuma draws legitimacy by identifying as “100% Zulu boy – it’s not rhetoric”.

The same deliberate consideration applied in choosing where to build his Nkandla compound. Nkandla is a Camelot of mythical power, the place of praise songs, the place from where Zuma will bring the cattle for celebrations of ANC victory, he tells crowds. And the Nkandla forest is the sacred resting place of King Cetshwayo, himself said to have been killed by poison in 1884.

At the same time, Zuma sat as head of a democratically elected state. Thornton says Zuma ruled with the idea that, “I am the state, the state is me” – similar to French kings’ beliefs and behaviour.

“Zuma’s is a power that runs two political images; he believes he is king of the Zulus as much as he was ‘king’ of a modern political story of South Africa’s democracy,” says Thornton.

The worlds merge comfortably because witchcraft and poisoning accusations are the everyday and the ordinary. In another context, through another cultural lens, they could be called conspiracy theories, they could look like the action of lawyers filing a motion in court or a country mobilising an army.

It’s not a fairy tale, it’s real life, but it’s a world where happy-forever-afters are never guaranteed. DM

Mahlobo: ‘Why would I be getting into private matters?’

Approached for comment, David Mahlobo, now deputy minister of Human Settlements, Water and Sanitation, told Daily Maverick he would not give “running commentary” on this matter.

He said he had not seen the NPA’s official notice to drop charges against MaNtuli and would not speculate. He also said “Why would I be getting into private matters between a husband and a wife?” in response to how it is that his name crops up in the poisoning accusation made against MaNtuli.