Mixed bag of results for South Africans in CAF competitions 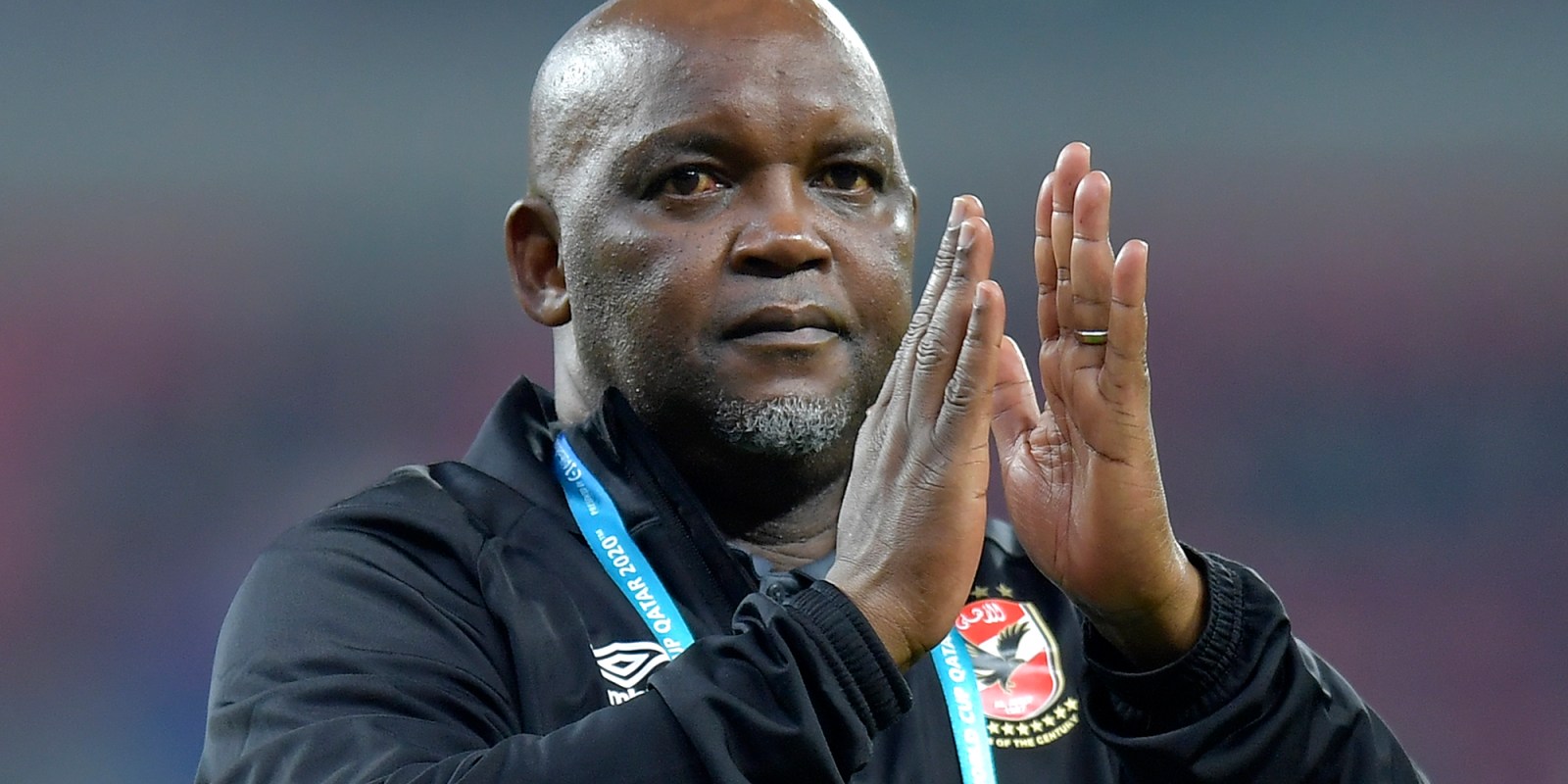 South Africa is well-represented in this season’s Confederation of African Football club competitions, with Mamelodi Sundowns, Kaizer Chiefs and Al Ahly coach Pitso Mosimane in the Champions League, while Orlando Pirates are in the Confederation Cup.

In a South African-dominated CAF Champions quarterfinals stage, Al Ahly coach Pitso Mosimane’s monster, which he claimed to have created in his eight years at Mamelodi Sundowns, didn’t come back to bite him in the back, yet.

“Sundowns is a good team, I created a monster and it’s coming to bite me but it’s okay that’s football; I saw Pep [Guardiola] playing against [his former team] Barcelona when he was at Bayern and he lost to Barcelona — I hope I don’t lose to Sundowns,” Mosimane had said in the lead-up to the game.

Fortunately for Mosimane and his Red Devils, they were able to tame the monster and take a 2-0 lead into the second leg of the contest.

Goals from Taher Mohamed and Salah Mohsen at the Al Salam Stadium in Cairo handed the Egyptian giants an advantage before they come to South Africa in a week. Crucially, they managed to halt the free-scoring South African side from netting what would have been a crucial away goal or two.

“Like I expected, it was always going to be a tactical game and I believe we played very well and we were very unfortunate not to score‚” said Sundowns coach Manqoba Mngqithi after the game.

“I’ve never seen a team come to Egypt and dominate Al Ahly in possession. And to see Al Ahly playing a counterattacking game at home was very interesting for me.”

This is the third consecutive season in which the two sides have met at the last-eight stage of the continental competition.

Masandawana managed a victory in 2019 and record nine-time champions Ahly gained revenge last season. The victor of this latest scrap between the duo will take an outright lead, and it is advantage Al Ahly.

However, Mngqithi pointed out that this tie was only “the first half, the second one is in Pretoria”. The coach said he hoped his side would be more clinical on home soil.

They will also need to be solid at the back to ensure that Ahly doesn’t net an away goal, which will make Sundowns’ task that much more difficult.

Should the Red Devils breach the Downs defence once in Pretoria, it will mean that the reigning DStv Premiership champions need to win, at the very least, 4-1 on the day.

“I believe that we will go to South Africa and get a great result, but of course it will be difficult. A goal is very important in South Africa. Of course, we want to keep a clean sheet but we need to score,” Mosimane was quoted as saying on Al Ahly’s website.

Despite the first-leg victory, the Egyptian champions have filed a complaint with the Confederation of African Football (CAF) about the performance of Maguette N’Diaye, the Senegalese referee who oversaw the game.

According to a statement released by the Red Devils, N’Diaye “denied Al Ahly a rightful penalty after the opponent’s goalkeeper committed a clear foul against Sherif inside the penalty area”.

The Egyptians said they felt that the referee had failed to protect their players from what they deemed excessive foul play from Sundowns.

Having come into the match in stuttering form which on Friday caused their supporters to march to the club’s headquarters in Naturena, Johannesburg, Kaizer Chiefs put on an impressive performance as they shocked Tanzanian side Simba.

Making their debut in the last-eight stage of the competition, Chiefs had kept eight clean sheets in 10 qualifiers and group matches, but had failed to score in five of them.

On a chilly Saturday night at the FNB Stadium in Johannesburg, Amakhosi had no trouble doing either of the two. They were at their clinical best, putting four past Simba goalkeeper Aishi Manula thanks to goals from Eric Mathoho, Samir Nurkovic and Leonardo Castro.

They also managed to keep a clean sheet. In fact, Simba did not manage a single shot on goal throughout the game.

“Maybe that [the fan protest] helped us win, hey; maybe we need more marches, hey,” Amakhosi coach Gavin Hunt said following the emphatic win. “Listen, you’ve got to respect the supporters, they’re obviously feeling the pain and we all do, and they’re only voicing their grievances.

Simba came into this round as one of the form sides after securing four victories in the group phase, including one over Al Ahly.

As such, they were favourites even away from home. As it stands though, they are effectively out of the competition and a solitary goal from Chiefs next weekend will amplify the improbability of their task.

Other first-leg results saw MC Alger and Wydad Casablanca play to a one-all draw, while Belouizdad scored two without reply versus ES Tunis

In a CAF Confederation Cup quarterfinals first-leg fixture, Orlando Pirates played to a 1-1 draw with Moroccan side Raja Casablanca.

The Buccaneers opened the scoring at the Orlando Stadium thanks to a slick bottom-corner finish from Vincent Pule. Thereafter, they failed to capitalise on other chances created before a defensive error from Ntsikelelo Nyauza allowed Raja’s dangerman Ben Malango to equalise. The second leg is in a week in Casablanca. DM