By enforcing the step-aside rule, the ANC has taken the first step towards becoming a political party 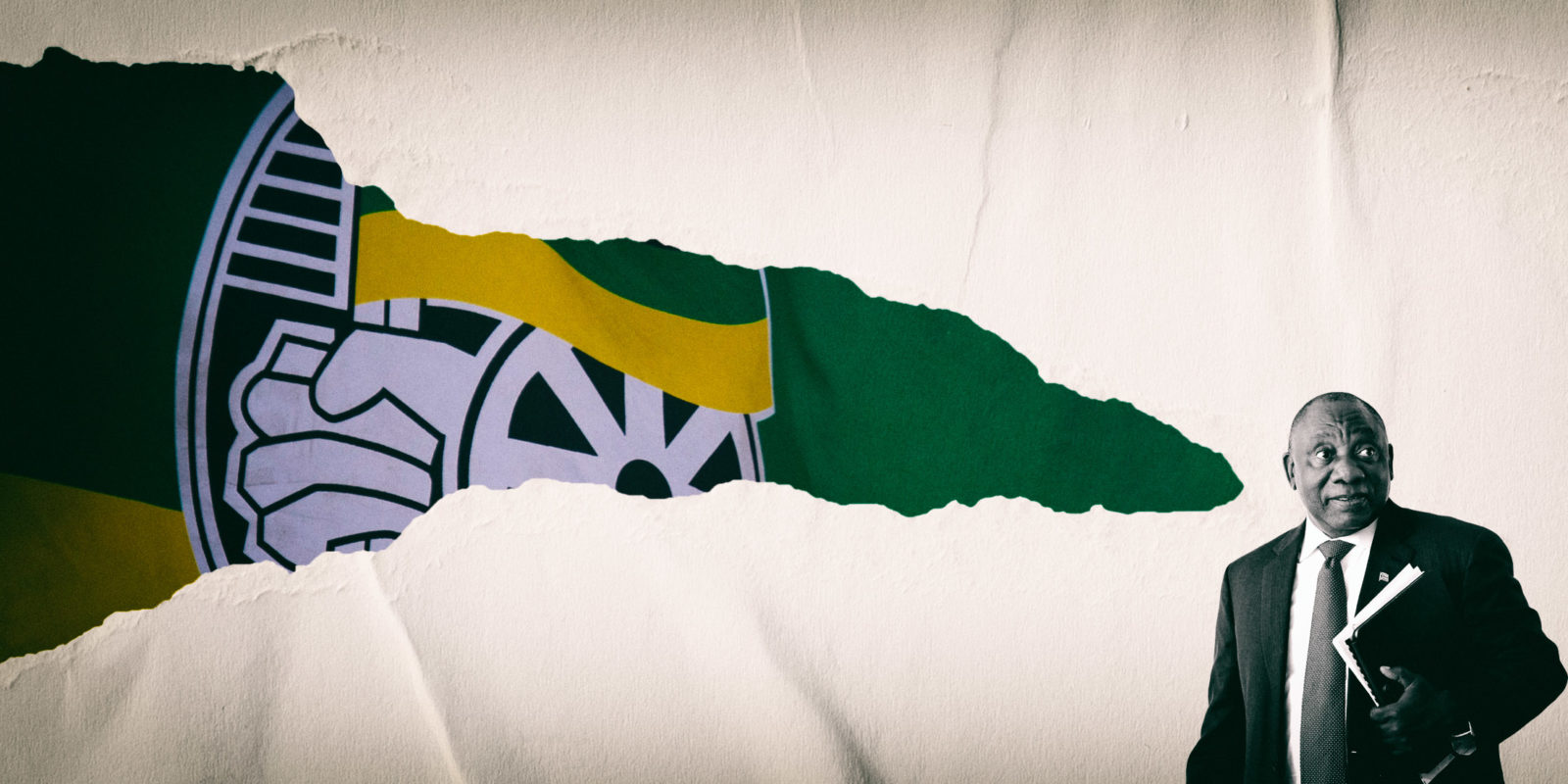 The current collision between the ‘two ANCs’ is a clash between the provincial ‘homeland’ mentality of the RET faction versus the impulses of Cyril Ramaphosa’s modernisation faction. To win back voter trust and support the ANC will need to adapt to being an open and transparent political party.

Sean Gossel is Associate Professor in Financial Economics at the Graduate School of Business (GSB), University of Cape Town.

At the recent national executive committee meeting of the ANC, many members expressed the fear that the party is on the verge of collapse, prompting former president Thabo Mbeki to ask, “do we still have an organisation called the ANC?”

Many of the ANC’s governance difficulties can be traced back to two outcomes of the negotiated settlement. The first was the integration of the homelands, which included the absorption of the homeland government officials and the inclusion and recognition of traditional leaders. The second was the assumption that the ANC’s historic ideological “broad church”, comprising “the revolutionary democratic, the socialist and the trade union movements”, would remain unaffected by South Africa’s entry into a globalised capitalist world.

Throughout most of the 1990s, the ANC acted as a pivot between the “national democratic revolution” ideology of state provision, expansion and control on the one hand, and access to capital on the other. The goal was therefore to ensure hegemony of the state while “disciplining capital to achieve some racial equity through policies such as Affirmative Action and Black Economic Empowerment (BEE)”.

In time, positions in the public administration were increasingly decided by ANC provincial and regional political structures, which entrenched a pattern where party members worked their way up party structures so as to gain access to capital resources.

While the ANC’s pivotal position benefited the country by creating a black middle class and providing social welfare, it also allowed politically connected capitalists and former state officials at all levels of government to gain control of the distribution of positions and resources. This pattern became most apparent at local government level as the distinction between party and state was increasingly indistinguishable.

The revision of the ANC’s constitution in 1997 worsened this blurring of party and state as it determined that ANC leadership would be elected through the branches. This revision then led to a consolidation of provincial and local government factions.

In 2009, only 26% of the executive (16 members) came from provincial or local governments whereas by 2014, this had increased to 40% (26 members). This growth, however, was not uniform. Provincial dominance of government arose particularly from North West (under Supra Mahumapelo) and Mpumalanga (under David Mabuza) while the Free State (under Ace Magashule) dominated leadership positions in the ANC itself. These three provinces subsequently became known as the “Premier League” and are infamous for their Bantustan-style use of authoritarianism, patronage, violence and assassinations.

Over time, this provincialisation of the party translated into reliance on a rural support base as its urban voters became disillusioned and stopped voting in local and national elections. In addition, branch-level organisation deteriorated with frequent incidences of “ghost membership” and “gate-keeping”. By 2007, this heady brew of ideological drift, cadre deployment, provincialisation, clientelism and patronage, fueled by a predatory and opportunistic capitalist class laid a solid foundation for State Capture.

As argued by Government and Public Policy director Ivor Chipkin, for the government to undo the poor governance arising from the dysfunction of the past two decades, it is imperative that there is a robust separation between state power and political power. This can only be achieved by professionalising the public service, which will create a buffer between the two, and facilitate the independent and meritocratic recruitment and promotion of public sector employees.

For the ANC however, professionalising the public sector would mean the end of “cadre deployment”. Under “normal” circumstances it would be doubtful whether the ANC would be willing to do so (as evidenced by Gwede Mantashe’s recent convoluted testimony at the Zondo Commission). But with the electorate becoming increasingly impatient with the ANC’s warring factions, daily exposure of grand corruption at the Zondo Commission, and an evident inability to govern, coupled with the current fiscal crisis, the ANC may have little choice. This requires that the party reforms its liberation movement governance structures and ideologies and instead becomes just another political party in a democratically competitive arena defined by the Constitution.

The spectacle of the recent NEC meeting, with step-aside and counter-step-aside letters, is yet another indication that the current “battle for the soul of the ANC” is more than just a fight for resources. At its heart is the battle between those who believe that the ANC can remain the access point to patronage, immunity and privilege while the reformers understand that with debt at 80% of GDP, falling tax revenues, stagnant economic growth and unemployment at above 30%, the country no longer has the fiscal room for the wastage of corruption and maladministration.

The current collision between the “two ANCs” is therefore a clash between the provincial “homeland” mentality of the radical economic transformation (RET) faction versus the impulses of Ramaphosa’s modernisation faction.

At present, it appears that the Ramaphosa ANC has the upper hand, but the hard part is still to come. To win back voter trust and support, the ANC will need to professionalise the public service, choke off the patronage networks, stop protecting or excusing its corrupt members and adapt to being an open and transparent political party.

Enforcing the step-aside rule was the first step in a long journey to modernise the ANC. Let us hope that Cyril Ramaphosa has the courage, stamina and political determination to carry on. DM