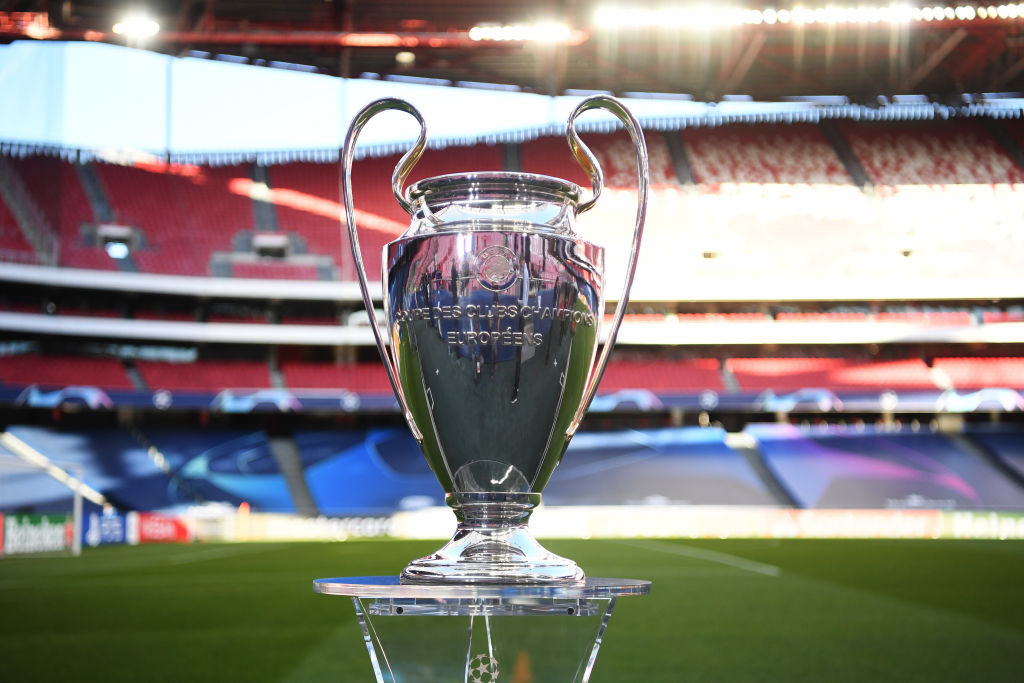 Sixteen days before European football’s showpiece Champions League final, the venue for the match has been changed to accommodate English government restrictions.

Europe’s football governing body, Uefa, has made a late switch in moving the Champions League final between Manchester City and Chelsea from its original host city of Istanbul in Turkey to Porto, in Portugal.

The two English clubs are central in the decision to move the 29 May final because of the UK government’s decision to place Turkey on its red list of Covid-19 travel destinations on 7 May.

That decision led to a manic week of negotiations and scrambling by Uefa as well as football and government authorities in England, Turkey and Portugal.

Had the final remained in Turkey, it would have meant none of the clubs’ domestic fans would have been able to travel to the game. After a year of fans being locked out of stadiums, Uefa believed that everything needed to be done to ensure some supporters of the two finalist teams could attend the match.

First prize was to move the final to London and play it at Wembley, but the UK government would not budge on quarantine restrictions for members of travelling Uefa staff, tournament sponsors and international media. It is thought that up to 1,000 people would have been affected.

As a compromise Porto has stepped in to host the biggest club football match in the world because it is on the UK government’s green list of destinations. An added bonus is that each club will be allowed 6,000 travelling fans. No fans would have been present in Istanbul.

The exact capacity limit for the match has not been finalised, but the 50,033-seater Estádio do Dragão stadium will not be at full capacity.

It’s also unclear at this stage if the Turkish Football Association will receive any compensation as it had spent more than R400-million upgrading the Atatürk Olympic Stadium. It was supposed to host the 2020 final, which was moved due to the first wave of Covid-19, and now it has lost its chance again.

The 2022 final has already been awarded to St Petersburg in Russia and Munich was favoured for the 2023 final. That decision has not yet been made though, and Istanbul might be given preference for that game.

“The Portuguese authorities and the Portuguese FA (FPF) stepped in and worked quickly and seamlessly with Uefa to offer a fitting venue for the final and, as Portugal is a green list destination for England, fans and players attending the final will not have to quarantine on their return home,” Uefa said.

“The decision does not come without big regret for the work that the Turkish football authorities have done over the last two years to ensure the successful staging of the final in Istanbul. Uefa is grateful also for their continued partnership and cooperative spirit as well as the understanding they showed in this particular circumstance, and will urgently look into future opportunities for the city of Istanbul.”

Announcing the decision, Uefa president Aleksander Čeferin said: “I think we can all agree that we hope never to experience a year like the one we have just endured.

“Fans have had to suffer more than 12 months without the ability to see their teams live, and reaching a Champions League final is the pinnacle of club football. To deprive those supporters of the chance to see the match in person was not an option and I am delighted that this compromise has been found.

“After the year that fans have endured, it is not right that they don’t have the chance to watch their teams in the biggest game of the season.

“Once again we have turned to our friends in Portugal to help both Uefa and the Champions League and I am, as always, very grateful to the FPF and the Portuguese government for agreeing to stage the match at such short notice.

“They have worked tirelessly in very tight time constraints in finding solutions for the many challenges that hosting a game of this magnitude presents. Whenever there has been an obstacle, they have been creative in the solutions presented and the success of staging this year’s final is entirely down to their hard work and persistence.

“We accept that the decision of the British government to place Turkey on the red list for travel was taken in good faith and in the best interests of protecting its citizens from the spread of the virus, but it also presented us with a major challenge in staging a final featuring two English teams.

“The difficulties of moving the final are great and the FA and the authorities made every effort to try to stage the match in England – and I would like to thank them for their work in trying to make it happen.

“The Turkish Football Federation and the Turkish authorities have recognised Uefa’s efforts to give fans of the competing clubs a chance to watch the game. The Turkish Football Federation and the authorities have always been reliable partners of Uefa and Turkey has hosted many Uefa events over the years with great success. I hope to be in Istanbul and Turkey for a Champions League final and many other events in the near future.

“I hope the final will be a symbol of hope at the re-emergence of Europe from a difficult period and that the fans who travel to the game will once again be able to lend their voices to showcase this final as the best in club football.” DM