The TRIPS fandango: Don’t water down the waiver – lives depend on it 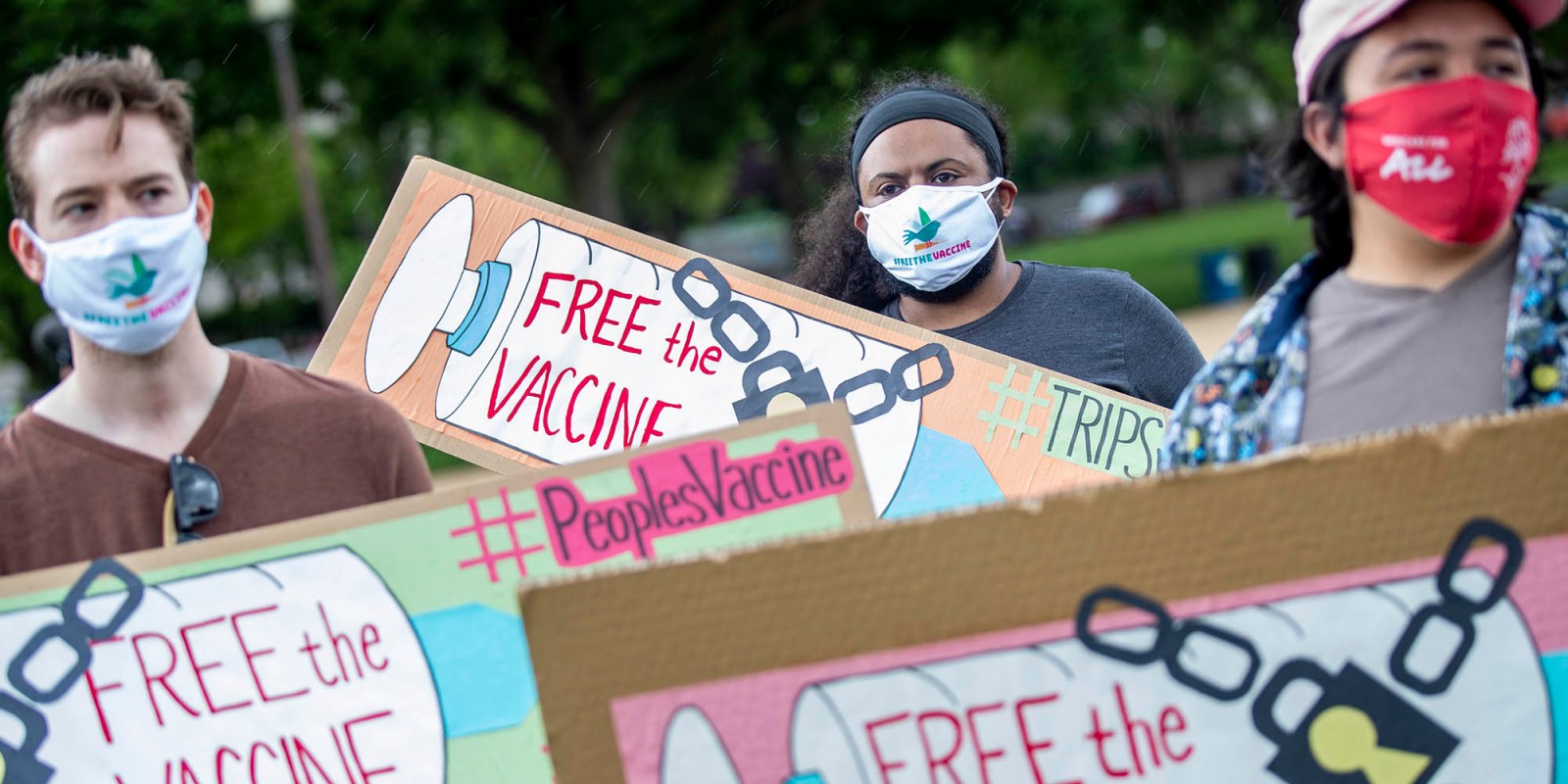 Several countries in the global North – many of whom have procured enough vaccines to vaccinate their populations many times over – have blocked the TRIPS waiver. Germany in particular has vehemently opposed the decision of the Biden administration not to block the waiver as it was absolutely aghast that in a pandemic, monopoly protections should be lifted, even temporarily.

Last week the US government, after eight months and after at least three million people have died globally from Covid-19-related complications, including the inability to breathe, indicated that it would no longer block the proposal of the South African and Indian governments to temporarily waive certain provisions of the Trade-Related Aspects of Intellectual Property Rights (TRIPS) agreement for the duration of the Covid-19 pandemic. The waiver proposal was first submitted in October 2020 to the World Trade Organization (WTO).

We, with other groups around the world, welcomed the announcement by the US Trade Representative Katherine Tai that the US government supports the “waiving of intellectual property (IP) protections for Covid-19 vaccines”. The crux of the proposal submitted by South Africa and India is that the waiver is targeted to Covid-19 medical technologies and products and covers vaccines, diagnostics, therapeutics as well as items such as personal protective gear and equipment, including ventilators.

This proposal has been supported by at least 100 countries, co-sponsored by 60 countries, with the US, New Zealand and Canada now stating their support for the TRIPS waiver (even if partially) and for the next step: Text-based negotiations.

Several countries in the global North – many of whom have procured enough vaccines to vaccinate their populations many times over – have blocked the TRIPS waiver, including Australia, Norway, Switzerland, the EU, the UK, Japan and Switzerland. In the past few days, Germany in particular has vehemently opposed the decision of the Biden administration, as it was absolutely aghast that in a pandemic, monopoly protections should be lifted, even temporarily.

These are the first major steps to vaccinate the world against Covid-19. The pressure from many individuals and groups has yielded far-reaching results, with the US government now supporting the waiver, albeit limited to vaccines. In many respects it is a game changer. It is the first clearest statement by the global North that IP in this pandemic represents a barrier to meaningful access.

For months, many countries have called on the richer North, the countries that have advanced in their vaccination programmes, to agree to a temporary waiver of IP protections for Covid-19-related technologies for the duration of the pandemic. They refused, and have stalled and obstructed efforts – in our view, at the behest of pharmaceutical multinational corporations and CEOs, armed with lobbyists in Geneva and Washington, DC.

Ironically, the inability to vaccinate everyone fast enough, everywhere, which is a key public health mitigation strategy for this pandemic, is due to the global scarcity of current supplies which is the result of patent monopolies and the refusal to broadly share publicly funded knowledge, technology and know-how, for months. This means that Covid-19 is likely to be with us for at least a few years, not just in 2020-21, with recent worrying estimates that the global South may only reach full vaccine coverage by 2023/24.

In our view, by issuing the statement, ambassador Tai signalled that:

Predictably, and similar to the arguments used when the HIV/Aids access to medicine movement called for generic antiretrovirals in the global South, the industry claimed to have not “missed one minute of sleep at the announcement”, then rehashed every single argument and excuse used before to limit medicine access through multiple letters, press conferences and op-eds, and conveniently placed social media posts and research “arguments”. In essence, “it is too complicated for others, especially in the global South, to make”; there are “limited raw materials”, “the waiver won’t make a difference”, “there is limited or no production capacity”, and “IP is not the barrier”.

A vehement opposition commenced, singling out the Biden administration, too, for its refusal to uphold all IP protections and the financial interests of drug companies, in a pandemic, though rightly for its export bans, too.

The situation on the ground, of course, tells a worrying and different story: People are dying – in India, Nepal and elsewhere, and everyone is watching it on television. There are not enough vaccine supplies in the world, there is scarcity in the global South, with rationing (we are experiencing the impact of this in South Africa, with only about 450,000 people vaccinated).

COVAX cannot meet its targets based on recent forecasts, and every single manufacturer is behind their production targets, while being averse to technology transfer (sharing the knowledge): Even the International Federation of Pharmaceutical Manufacturers and Associations admits that by 3 March 2021 the industry had only supplied 3% of agreed demand, and this has not increased significantly since (by April this was about 8%).

Following the US announcement, stock prices fell with some slight rebounds, but the ripple effect of the US deciding not to uphold IP protections in a pandemic, temporarily, and to back the South Africa-India waiver proposal, could be felt well after the Wednesday announcement, with even the Vatican coming out in full support of the waiver.

Meanwhile, Germany and Norway in particular (Norway chairs the TRIPS council and the Access to Covid-19 Tools Accelerator) continue to oppose it, arguing instead for “voluntary measures and initiatives” that continue to leave the power of determining access in the hands of the market – a few unelected CEOs (and their shareholders) and the boards of philanthropic organisations – effectively, the very market that has brought the world to its knees, with premature death.

Of course, the full waiver proposal by South Africa and India is not going to be enough; the Peoples Vaccine Alliance has long been calling for vaccine know-how, technology and knowledge to be shared. This requires vaccine manufacturers to explicitly cooperate with global efforts to ramp up manufacturing, including in places where there is underutilised manufacturing capacity, investment in new manufacturing hubs (the World Health Organization’s mRNA tech hub initiative recently received at least 50 applications) including technology transfer and sharing of know-how, knowledge that was co-funded by governments and the public using public resources and which benefited from public institutional knowledge and public participation.

Text-based negotiations – as called for by South Africa and India – must be expedited and transparent, and not deferential to pharmaceutical companies – without watering down the original waiver proposal. Lives now depend on it. DM