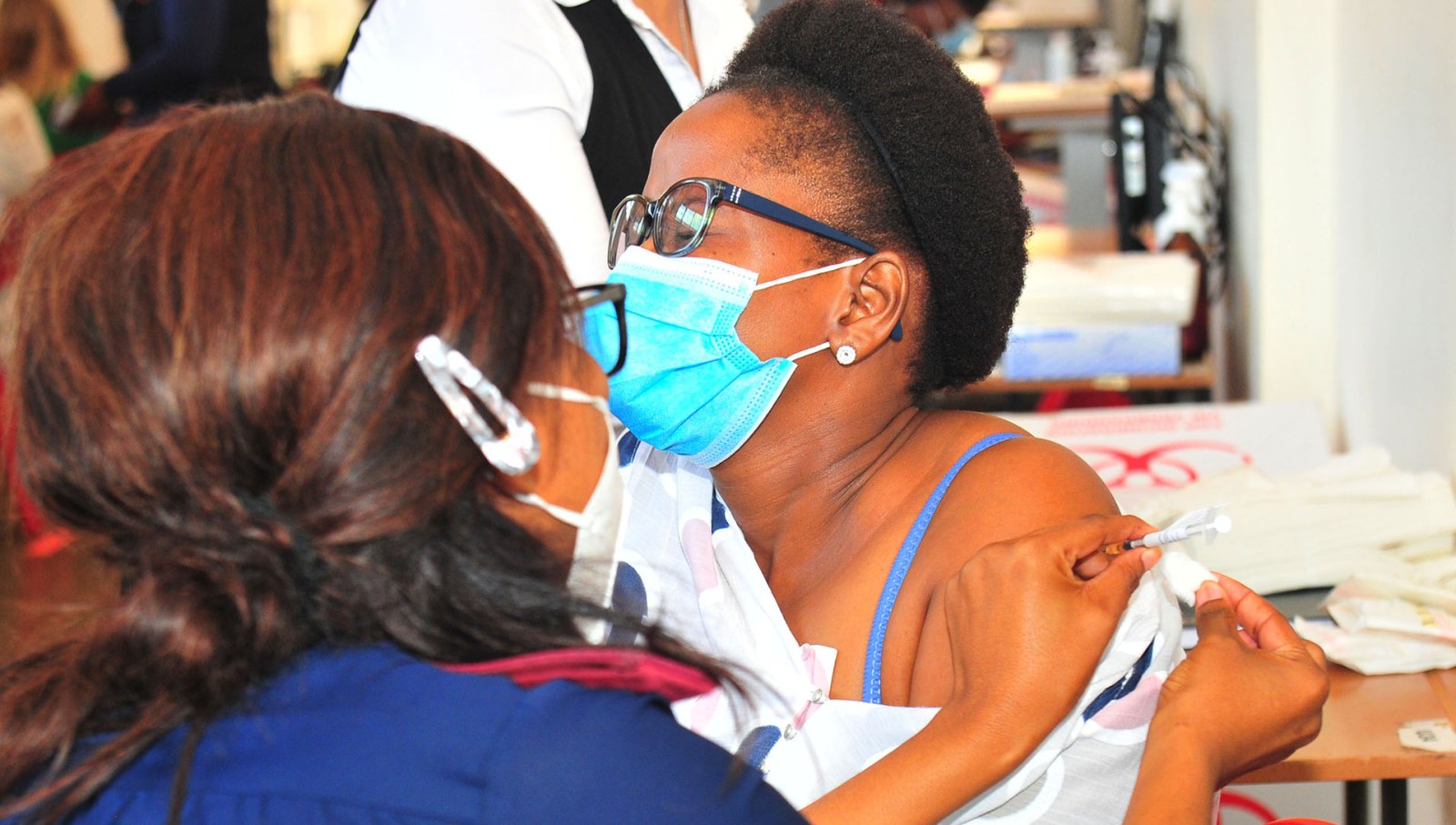 NIDS-CRAM study also shows that rotational schooling is harming the trajectory of learning and depriving kids of a school meal.

South Africans are not vaccine hesitant – in fact, more than 71% of adults surveyed in the NIDS-CRAM Wave 4 study of Covid-19 impacts said they would get vaccinated if a jab was available.

“Relative to other countries then, vaccine acceptance is higher than recent estimates from the US and France, but lower than China, Brazil and the UK. The youth and those with only a primary school education were more likely to be vaccine hesitant,” write the survey’s principal researchers, Nic Spaull and Reza Daniels.

People with comorbidities and those who are older were less likely to be vaccine hesitant.

“After controlling for income, education and other variables, race is not a significant predictor of vaccine hesitancy,” the researchers found. But Afrikaans-speaking South Africans were the most sceptical. “Forty-two percent of Afrikaans home language respondents were vaccine hesitant, much higher than the national average,” write Spaull and Daniels.

Those who were nervous about vaccines (29% of the 5,629 people surveyed) attributed this to a fear of side-effects, did not believe it was an effective method or were generally anti-vaxxers.

The survey is in its fourth wave, or series, and is representative of the South African population. It was in the field in the first quarter of 2021.

If the vaccine is the good news, then the bad is that pupils are being left behind. The education trajectory headed south instead of north on the improvement scale. Rotational learning, now the norm for the majority of schoolgoing youngsters, is affecting both hunger and educational progress.

“In 2020, South African primary school children in no-fee schools have learnt 50% to 75% less than what they normally learn,” the researchers say. While they did not interview children, the Early Grade Reading Study and the English as a First Additional Language studies in Mpumalanga and the Funda Wanda study in the Eastern Cape were used to measure learning losses. Three sets of research now show that continued short time at school is compromising educational gains made to date. 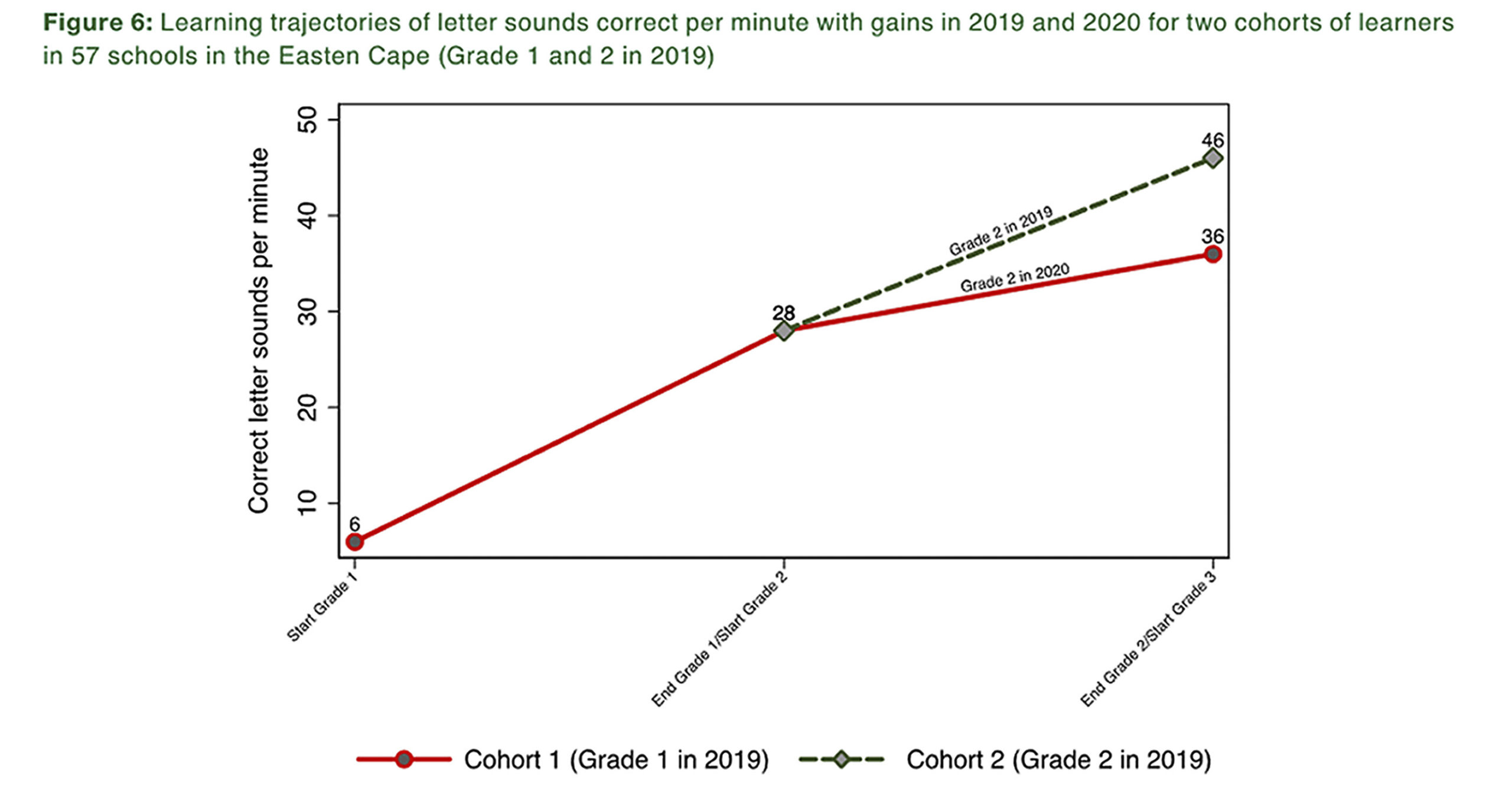 “The real demons in schools are rotational learning timetables, which are ongoing,” says Spaull, who adds that while most other sectors have returned to full-time operations, schools are on rotational learning because of physical distancing regulations. “No one (who has a job) is not working but kids can’t go back to school full-time. Social distancing is not enforced in taxis and elsewhere, so why only at schools.”

The research found that open schools running at normal complements are not an excessive risk for teachers as unions had initially feared. Where teachers have succumbed to Covid-19 it is in line with the national mortality trend, the research found. “The majority of parents and caregivers in South Africa (58%) agreed that children should be able to attend school every day, rather than rotational timetables,” the research found.

Spaull says research in Brazil has shown that it could take three years to get back to pre-Covid learning trajectories, but he believes South Africa could take 10 years to return to previous learning outcomes.

While other countries have devised catch-up plans such as mass Saturday classes or extra tutoring at school, there is no sign of this being hatched in South Africa.

Rotational schooling has another impact in its slipstream. Marion Wagner, the CEO of Breadline which provides meals to 20,000 people a day in the Western Cape, says her teams are reporting many more young children on the streets unsupervised and with inadequate clothes or shoes for the creeping winter.

They are joining food lines in unprecedented numbers. She attributes this to rotational learning which has deprived children of the school meal that has become so vital to their nutrition and wellbeing. Another reason is that many early childhood development centres have not reopened or have shut down because parents can’t afford the fees. The sector is not properly subsidised.

“The feeding lines are still increasing,” explains Wagner, who says that despite the gearing down of lockdown levels the numbers of hungry people have not dropped.

“We only see a dip in numbers of people in grants week,” she says. This is the week when people receive social grants. Since the lockdown was imposed in March 2020 and through every phase of the research, the NIDS-CRAM survey has revealed Dickensian levels of hunger in South Africa.

Two-thirds of households told researchers they had run out of money to buy food in at least one of the four surveys to date. “This figure was highest in April 2021 at 47% and 40% in the subsequent three waves,” write Spaull and Daniels.

Child hunger was also reported by 32% of respondents answering for their households across the waves. “The difference between these two numbers also shows the ongoing prevalence of ‘shielding’, where adults in the household manage to shield their children from hunger to the extent they can and by going without food themselves.” DM/MC

If you would like to support Breadline, please donate to www.breadlineafrica.org.