Zambia’s new cyberlaws in the run-up to August’s pr... 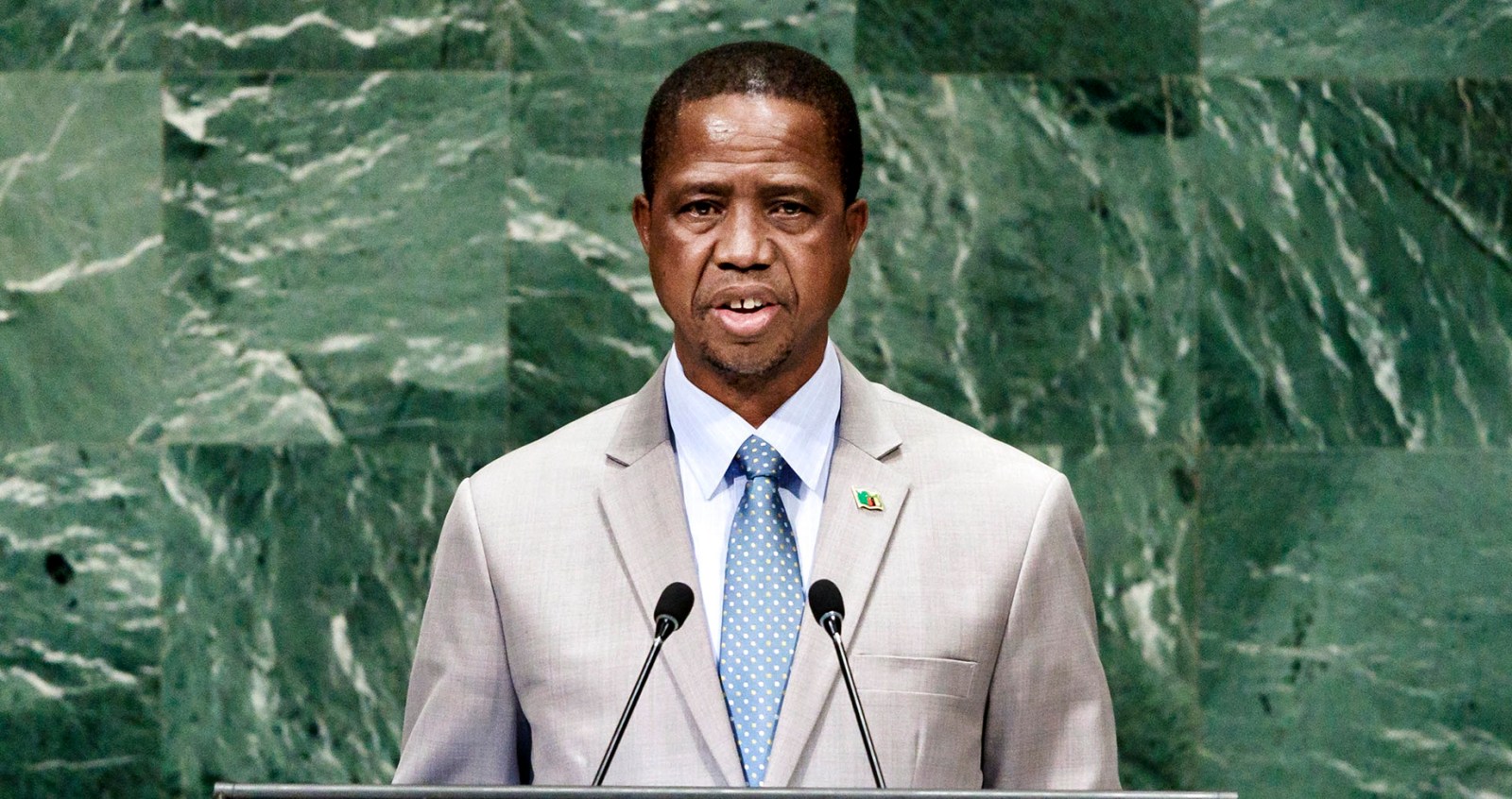 While the need to regulate the use of the internet is recognised, there is concern over the extent of the regulation and its effect on freedom of expression, the right to information and the right to privacy.

Meamande Wamukwamba is a Zambian human rights lawyer working with the Chapter One Foundation. She writes in her personal capacity.

Zambia is scheduled to hold presidential elections on 12 August 2021 and voter verification is under way. For the first time, digital platforms have been used for both voter registration and verification, necessitating an assessment and review of this strategy once the entire process has been completed.

The chairperson of the Electoral Commission of Zambia, Justice Esau Chulu, launched the verification exercise using the SMS facility for registered voters to verify their registration details. After the close of voter registration and verification, a new voters’ register will be compiled and only persons on this register will be allowed to vote in the elections. It is therefore important for all citizens to register and verify their details regardless of whether they have voted before.

Nominations are further set to begin in May 2021, with presidential candidates set to begin nominations followed by mayoral and council chairpersons, and for National Assembly and local government elections. Several concerns have been raised regarding the proposed nomination fees and the possible impact they may have on public participation in the elections. Submissions were made to the Electoral Commission of Zambia by the Zambia Centre for Inter-Party Dialogue, the United Party for National Development and other stakeholders. This resulted in a reduction in the proposed nomination fees for the 2021 general elections, scheduled for mid-year.

While this was a good move by the commission, there is still room for a conversation on fees and other requirements placed on citizens wishing to run for various positions. It is important to prescribe fees that are manageable for citizens who may not have a substantial financial base, but would like to participate in the democratic process. The risk of exorbitant fees is that it may make leadership the preserve of the financial elite rather than empower Zambians from all backgrounds to participate in politics and leadership.

On 10 March 2021, the constitutional court in the case of Nkunika v Nyirenda and the Electoral Commission of Zambia (2019) CCZ 005, delivered the following judgment on the interpretation of article 70(1)(d) of the Constitution of Zambia:

(c) is a registered voter;

(d) has obtained, as a minimum academic qualification, a Grade 12 certificate or its equivalent; and

(e) declares that person’s assets and liabilities, as prescribed.

The said provision sets possession of a Grade 12 certificate or its equivalent as a minimum academic qualification for candidates who wish to contest in an election as an MP. The abovementioned matter was brought before court for interpretation of this provision and the constitutional court declared a tertiary, vocational, craft, trade or apprenticeship certificate not equivalent to a Grade 12 certificate. This interpretation was supported by the Law Association of Zambia which issued a statement in support of the decision and called upon the Examinations Council of Zambia to diligently examine qualifications prior to certifying them as legitimate.

The Electoral Commission of Zambia has further confirmed its intention to strictly follow the prescriptions set out by the constitutional court by restricting aspiring candidates without a Grade 12 certificate from filing nomination papers for the election as MP, as they would be doing so in breach of the Constitution.

On 23 March 2021, President Edgar Lungu assented into law the Cyber Security and Cyber Crimes Act No. 2 of 2021. The objects of the act are to ensure the provision of cybersecurity in the country, provide for the protection of persons against cybercrime, provide for child online protection, and facilitate the identification, declaration and protection of critical information infrastructure. It is further intended to provide for the collection and preservation of evidence of computer- and network-related crime; revise the admission of electronic evidence in criminal matters; provide for the registration of cybersecurity service providers; and provide for matters connected with, or incidental to, the foregoing. Government officials have stated that this act is purely meant to regulate social media abusers and insist that it is not meant to reduce the civic space.

The introduction of this act has been met with mixed feelings by the public. While there is recognition that there may be a need for regulation of the use of the internet, there is also concern over the extent of the regulation and its effect on freedom of expression, the right to information and the right to privacy. The act is currently earmarked for printing.

There has been an increase in civil lawsuits regarding defamatory statements published mostly on social media platforms. There has further been an increase in the arrest of persons for various statements published online under the charge of defamation of the president contrary to section 69 of the penal code and defamation contrary to section 191 of the code.

Section 69 of the code provides for defamation of the president as follows:

“Any person who, with intent to bring the president into hatred, ridicule or contempt, publishes any defamatory or insulting matter, whether by writing, print, word of mouth or in any other manner, is guilty of an offence and is liable on conviction to imprisonment for a period not exceeding three years.”

Section 191 of the code provides for defamation as follows:

“Any person who, by print, writing, painting, effigy, or by any means otherwise than solely by gestures, spoken words, or other sounds, unlawfully publishes any defamatory matter concerning another person, with intent to defame that other person, is guilty of the misdemeanour termed ‘libel’”.

The penal code provides a definition of defamatory matter in section 192 as follows:

One clear benefit of these increased actions is that there has been more fact-based reporting of information and less speculative analysis. It has also served as a deterrent for cyberbullying and bashing as people are aware that they may be held accountable for careless or offensive statements. However, considering the fact that there has been a significant hike in these types of actions within a short period, there may be a need to clearly define the applicability of this offence and draw a line between what constitutes an offence and what publications fall within the realms of opinion and fair criticism.

In light of these events, it will be interesting to monitor the manner in which events will unfold in the country. The enforcement of the cybersecurity and cybercrime act and its effect on virtual campaigns and general public engagement online will be of particular interest in the election this year. It is critical to have open engagement between the state, the citizenry and various stakeholders during this period to ensure a transition of government in an open, peaceful and transparent manner.

The cybersecurity and crimes act has been promulgated at a time of general concern that the civic space is shrinking in Zambia and that the legal system is being weaponised in order to achieve predetermined political outcomes by targeting civil society actors, democracy activists and legitimate political opponents for persecution ahead of the August plebiscite.

The country’s Constitution is clear that the authority to govern comes from the will of the people as expressed in free and fair elections. Ultimately, it is hoped that the raft of new legislation that is being promulgated will be applied equally and not selectively and in a way that allows for the full implementation of the fundamental rights of Zambian people as enshrined in the country’s Constitution. DM/MC