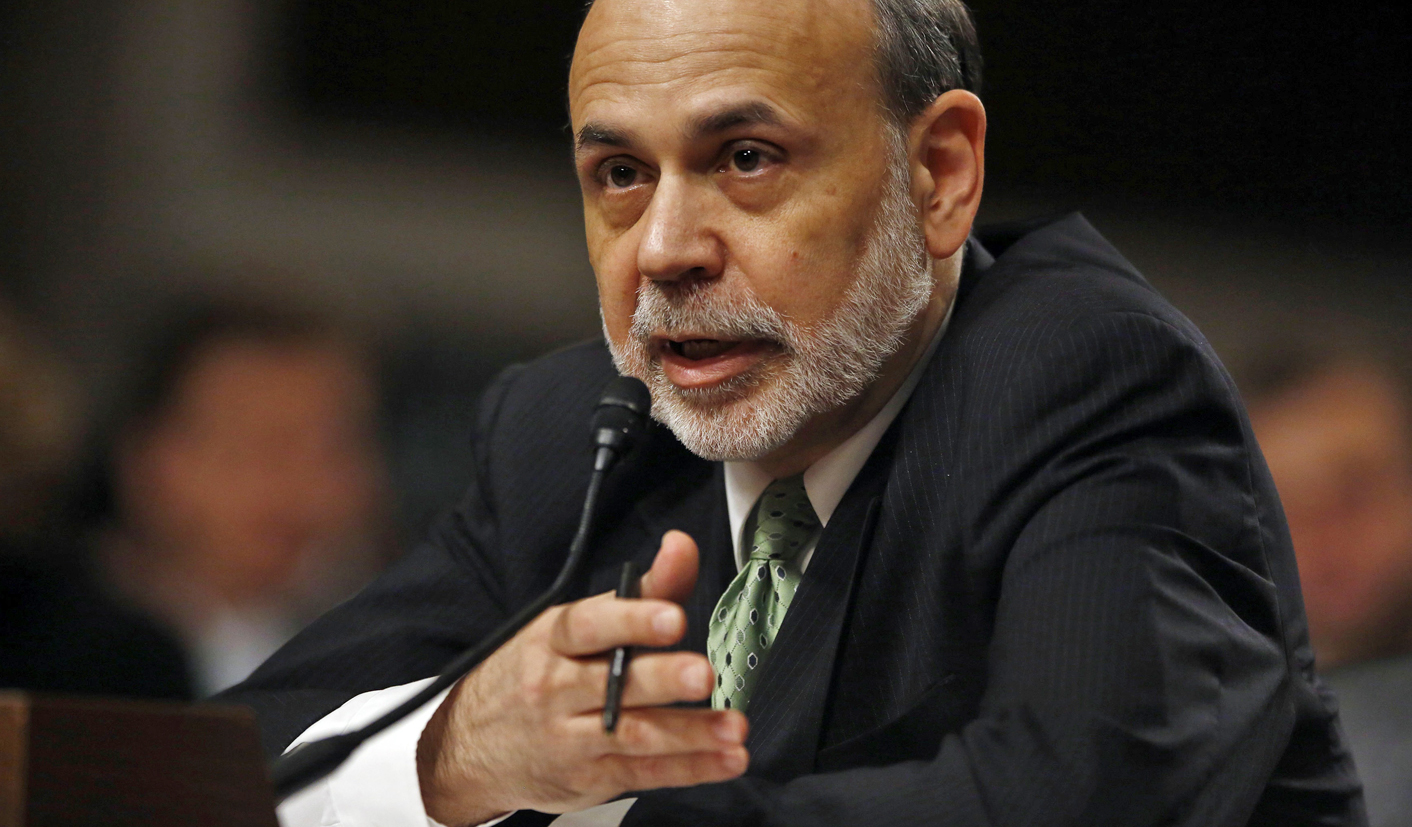 Ben Bernanke served two terms as the 14th chair of the Federal Reserve, from 2006 to 2014 and is now a distinguished fellow at the Brookings Institution. USA feds

Baseball is a sport that is uniquely suited to data-driven decision-making, as depicted in the 2011 film Moneyball. It tells the story of Oakland Athletics’ general manager Billy Beane who, in the early 2000s, began applying sabermetric principles to running his low-budget team, to notable effect.

Sabermetric principles were developed by baseball writer Bill James, who had been using statistical data to analyse games since the late 1970s in an attempt to determine why teams win and lose.

In 2003, James was hired by the new owner of the Boston Red Sox to help break the team’s “Curse of the Bambino” – the 86-year championship drought brought on, supposedly, by the sale of the legendary Babe Ruth to the New York Yankees in 1920.

As it turns out, the equally legendary Ben Bernanke, who served two terms as the 14th chair of the Federal Reserve, from 2006 to 2014, and who is now a distinguished fellow at the Brookings Institution, is a fan of baseball, and of Bill James – although he admits that he supports the Washington Nationals.

Baseball, he says, was the first industry in which the incremental contribution of each individual player to a team’s performance could be measured. “As an economist, you find numbers to describe reality,” he says.

Bernanke was a guest speaker at PSG’s annual investment conference, typically held at Sun City, but this year held virtually. His discussion centred on the question of whether post-pandemic policy normalisation is possible. In his typically measured way, he described the Covid-19 pandemic as an “unusual experience”, but one in which numbers were vital in making sense of reality. “We had a team of 300 PhD economists looking at the data – how many people were eating at restaurants, how many … were flying – to figure out what was happening in the economy and what we should do about it.”

Like most central banks around the world, the mandate of the Federal Reserve is to maintain stable prices and low inflation, in the US’s case, 2%. But it has a second objective – to pursue maximum employment.

“Right now we have inflation that is below the target, but we have also seen a drop in employment during the pandemic. So both parts are telling us that we need easy monetary policy to get inflation up and employment up.”

This secondary objective was added to the Fed’s mandate in the 1970s, once the rampant inflation of the 1960s had been tamed.

Although the US has what South Africans would consider a laughably low unemployment rate of 6%, what concerns Bernanke is rising inequality and the fragility of lower-income workers. He turns to a baseball analogy to draw the picture. “Some players earn $30-million a year, while others earn $500,000, even though both contribute to the game. And in the minor leagues, it can be less. Baseball’s capitalist system creates inequality, which is true for the rest of the economy.

“Inequality is a major issue,” he says. It is a problem that is magnified by recessions such as that caused by the global financial crisis (GFC) from 2007 to 2009 and the coronavirus pandemic.

As is the case in South Africa, CEOs are earning 200 to 300 times (or more) than the average earner. Unlike some other nations, the US has no progressive tax system or social safety nets. Inequality, he adds, has also been exacerbated by structural changes brought on by globalisation – which has seen US jobs outsourced to low-cost countries – and rapid technological change, which benefits the more educated workers.

Making it more difficult for the Federal Reserve to adopt policies that keep the labour market strong is the fact that the equilibrium interest rate is much lower than in the past and the trend underlying inflation has moved below 2%.

“These developments reduce the amount we can cut interest rates to buffer the economy, weaken inflation expectations and could lead to worse employment and inflation outcomes over time if not addressed,” he says.

In response, the Federal Reserve has made changes to monetary policy that will support broad-based and more inclusive employment. “We cannot have policies that see one group of people get back their jobs, while another does not.”

Like governments around the world, the US learnt from the GFC that monetary policy is not the only tool to employ during a crisis. “In the [1980s] there was the view that the Fed should handle recessions while the government deployed fiscal policy in other areas. But now, in this low interest rate environment, the Fed does not have the space to cut rates, making monetary policy less powerful. So fiscal policy is important.”

“Fiscal policy has many objectives – to lower taxes, reduce the cost of housing or healthcare, or introduce social safety nets – so using your fiscal space to fight recessions means there is less for other objectives.”

The fiscal response of the US was much more aggressive than it was after the GFC, which is why there will be a strong recovery. “I would argue that increasing debt during an emergency is defensible. We are lucky to have the capacity for a big fiscal response – particularly when monetary policy does not have the firepower to do it alone.”

There is much discussion in global markets that current policies will drive inflation upwards, but Bernanke does not believe this is something that either Secretary of the Treasury Janet Yellen or Jerome Powell, chair of the Fed, is concerned about.

“We want some inflation in the economy – obviously not a lot, though.”

The US’s revised monetary policy framework provides some leeway for inflation running above 2%, he explains. Since the target of 2% was introduced in 2012, inflation has averaged 1.4%, implying a persistent downward bias. To address this, the new framework adopts a flexible average inflation-targeting strategy that aims to achieve inflation that averages 2% over time rather than at a point in time.

“In the old days – under Paul Volcker or Alan Greenspan – the Fed would take a pre-emptive strike if it sensed that inflation was on the rise, and would raise rates and tighten policy to stop inflation before it emerged. We are not doing that yet – not until inflation at least reaches the target and the labour market is at full employment.”

Before signing off, Bernanke had some blunt words to say on the independence of central banks. “Politics and monetary policy don’t mix.” The reason is simple – different objectives. “Central bankers implement policies with a long-term horizon, while politicians are only interested in the next election cycle. 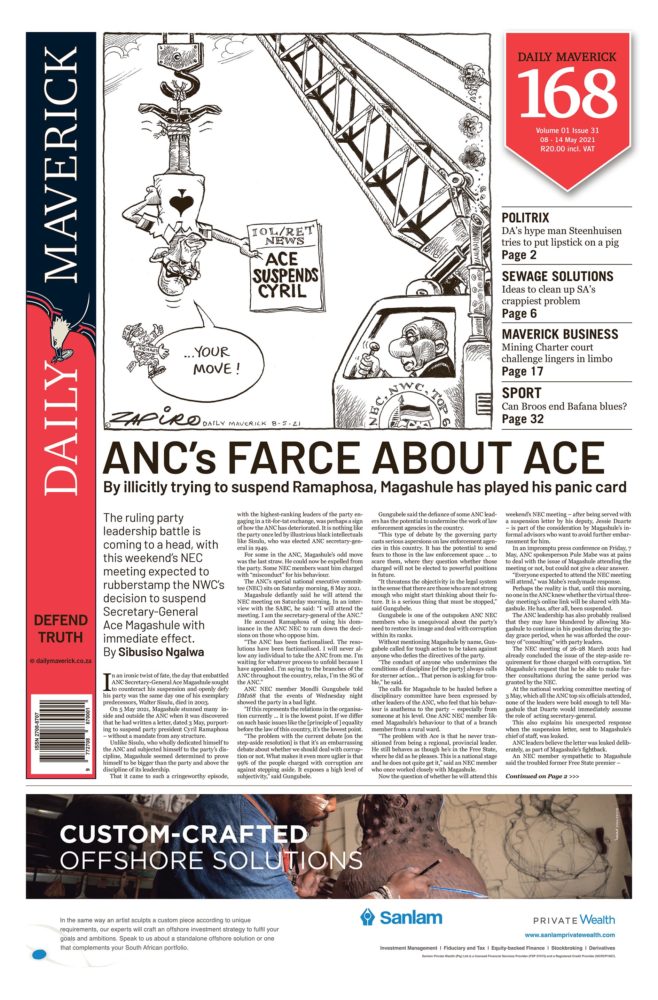