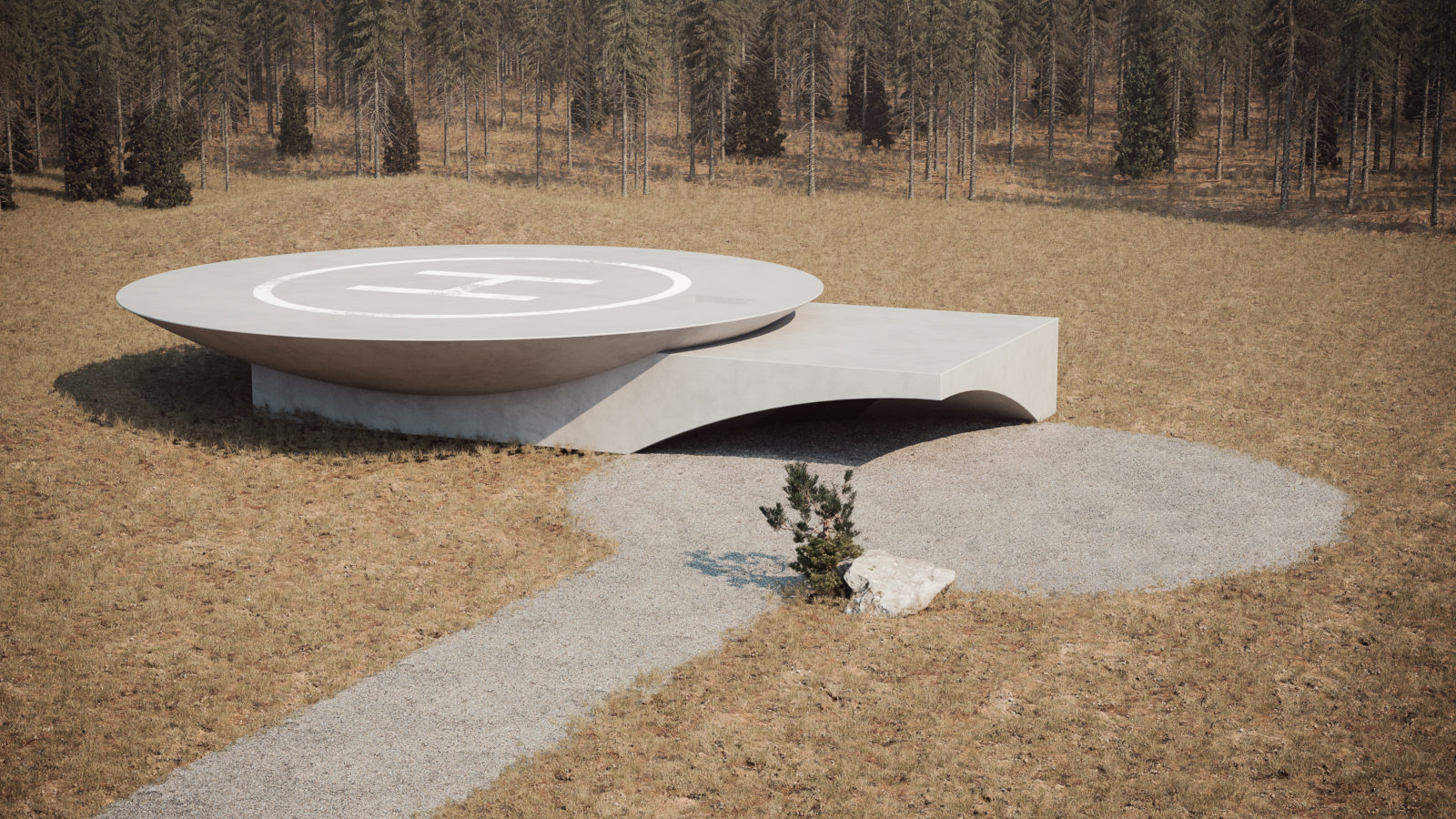 In part one and two of this series we looked at a new trend of home bunkers built on former military grounds and what it would potentially mean for humans to live in confined spaces and underground condominiums for long periods. And if you’re still keen to splash some cash on your own private bunker, here is how.

Read Part One of our series ‘Doomsday Architecture’ – Up for sale: A house six-feet under (sort of)

Read Part Two of our series ‘Doomsday Architecture’ – Confined spaces, isolation, and faked reality: could you live in ‘The Truman Show’?

During the Cold War, when tensions between the US and the former Soviet Union were at their “coldest” peak, building one’s own private “fallout shelter” close to one’s home (a garden, a patio was a plus) wasn’t a far-fetched idea.

The concept became apparently quite popular after President John F Kennedy addressed the American public, advising them to build shelters against possible nuclear bombs, be they from the Russians or another enemy. “There is need for a nationwide understanding of what each level of government, each private organisation and each citizen can do to bring about and maintain the best attainable protection for the civilian population against the major effects of a thermonuclear attack,” he said, a gentle irony considering that the US was – and still is – the only country in the world to have dropped nuclear bombs on another nation and its people.

But a seed had been planted, holes in the ground started to be dug and the following year the highly popular Life magazine featured a story headlined “The Drive for Mass Shelters: New Facts You Must Know About Fallout”, with drawings and ideas on how to build your very own bunker.

Today, although there is no Cold War in sight (we hope), a long list of possible disasters – including a prolongation or a repeat of the Covid-19 pandemic – has brought increased fears of the possible end of times in many people around the globe; the mere idea of a future Armageddon or the apocalypse sparked the search for safe and secured (and if possible barricaded and protected by a small faction of armed men in camouflage) housing.

Few developers around the world – but mostly in the US – have bought former military bases to create super-strong concrete condominiums in secret locations to host, mainly, survivalist communities; cue the birth of “residential” places dubbed Survival Condo, Terravivos xPoint and Europa One, with “bunkers” available for purchase, that is, if you make it through the selection process.

This, of course, has raised many an eyebrow, with some, as writer Evan Osnos noted in The New Yorker, even threatening to go to these “exclusive refuge(s) for the wealthy” and dismantle or destroy the projects; to which Larry Hall, the founder of Survival Condo, told Osnos:

“You can send all the bullets you want into this place.

So if the idea of “communities” living in confinement is not exactly your idea of life-after-the-apocalypse, fret not: you can also – just like during the Cold War – build your own bunker (assuming you are part of the world’s infamous 1%).

Should you like the idea of a converted military bunker sans the community that usually comes with such grand projects, tracking which country is ready to sell its abandoned military facilities for a few thousand or millions of dollars might be a good start.

In 2016, “The Northern Ireland Executive” put up for sale for $830,000 (R11-million) the Ballymena Bunker. “Built to house up to 235 people, the 3.74-acre, heavily fortified site on the outskirts of Ballymena, County Antrim, is now up for sale… available to any concerned citizen – with the monetary means – looking for an underground safe haven in the event of nuclear fallout,” said an article in Irish Central.

The LoveProperty website also lists “awesome abandoned bunkers for sale”, adding: “Take a look at the weird and wonderful abandoned bunkers for sale right now. From decommissioned nuclear bunkers to dilapidated military barracks, these properties will allow you to drop off the radar and prep for everything from a zombie apocalypse to Armageddon. Whether you’re a survivalist, a die-hard military enthusiast or you’re searching for a truly unique conversion project, these deserted dwellings are sure to seduce.

“Are you seeking solitude, seclusion and security in one? Well, then this almost invisible earth shelter might just be to your liking. For sale with the Western Montana Group for $1.7-million (about R24-million), the unique hidden home can be found on the edge of Yellowstone National Park, Montana, and has plenty to make you smile.”

In Scotland, a “clifftop naval base in… East Lothian comes with a dramatic history – and views to match”.

For more personal – but still grand – designs, Sergey Makhno Architects Designs, an architecture and design firm based in Kiev, Ukraine, has imagined “Underground house Plan B’, a conceptual project that resembles the house of the future, if the future is indeed, Armageddon-ed.

The team at Makhno explains that the concept of the house was born following few requests by clients “regarding bunker construction”.

“We have not asserted that we intend to save the world. This is our reaction, our thoughts on how comfortable it is possible to make life underground thanks to the existing architectural techniques and materials. But we did not take responsibility for saving humanity; this will require a real superpower.”

The studio team notes that building such a house, a feat of minimalist and brutalist architecture, would probably be very difficult, adding: “If we started building such a project now, surely we would do it in collaboration with companies that specialise only in bunker construction. This is a separate type of construction, there are many engineering nuances, so it is better to do it with those who understand the topic.

“The real challenges would be around ventilation, heating and vital systems – while turning the tap to get water and switching a button on and off to get electricity seems evident for most of us, it might not be such an easy thing following an apocalypse, or for a house completely off the grid.”

The idea with “Underground house Plan B” is to recreate, as much as it is architecturally and technically possible, a “daily routine” as experienced in our “normal” above-ground lives and transpose it to an underground environment. “According to our plan, the lighting in the rooms should change depending on the time of day, so that a person has a biological rhythm and does not stray from his own rhythm. Everything that concerns architecture is a separate story,” they say.

The team adds that it would take an estimated five years to build the house, although “it’s all conditional; you know that construction is influenced by many factors — delays, budget, etc. Surely it will be much more expensive than a house above the ground.”

Could bunkers be a trend in the future of architecture? “The situation with the pandemic has shown that we cannot feel completely safe on this planet. We think that those people who can afford five residences around the world will also be able to afford to build a house underground. It can even be a kind of hiding place for detox.”

That’s not all – the team thinks “the residential landscape will be very diverse”. On one hand there will be “futurism, high-rise buildings, roof gardens, 100m-high residential multifunctional buildings, which will include restaurants, shopping centres, a gym and swimming pool, etc”.

“On the other hand, there will be an ecovillage, close to the ground, with simple architecture and a natural interior.”

“Of course, work areas at home are already a must. At the beginning of the pandemic we got requests from our clients to design also a cabinet in their apartment. Now, this room is like a kitchen – a must in every apartment,” they say. DM/ML