The new Space Age — game of the hyper-rich 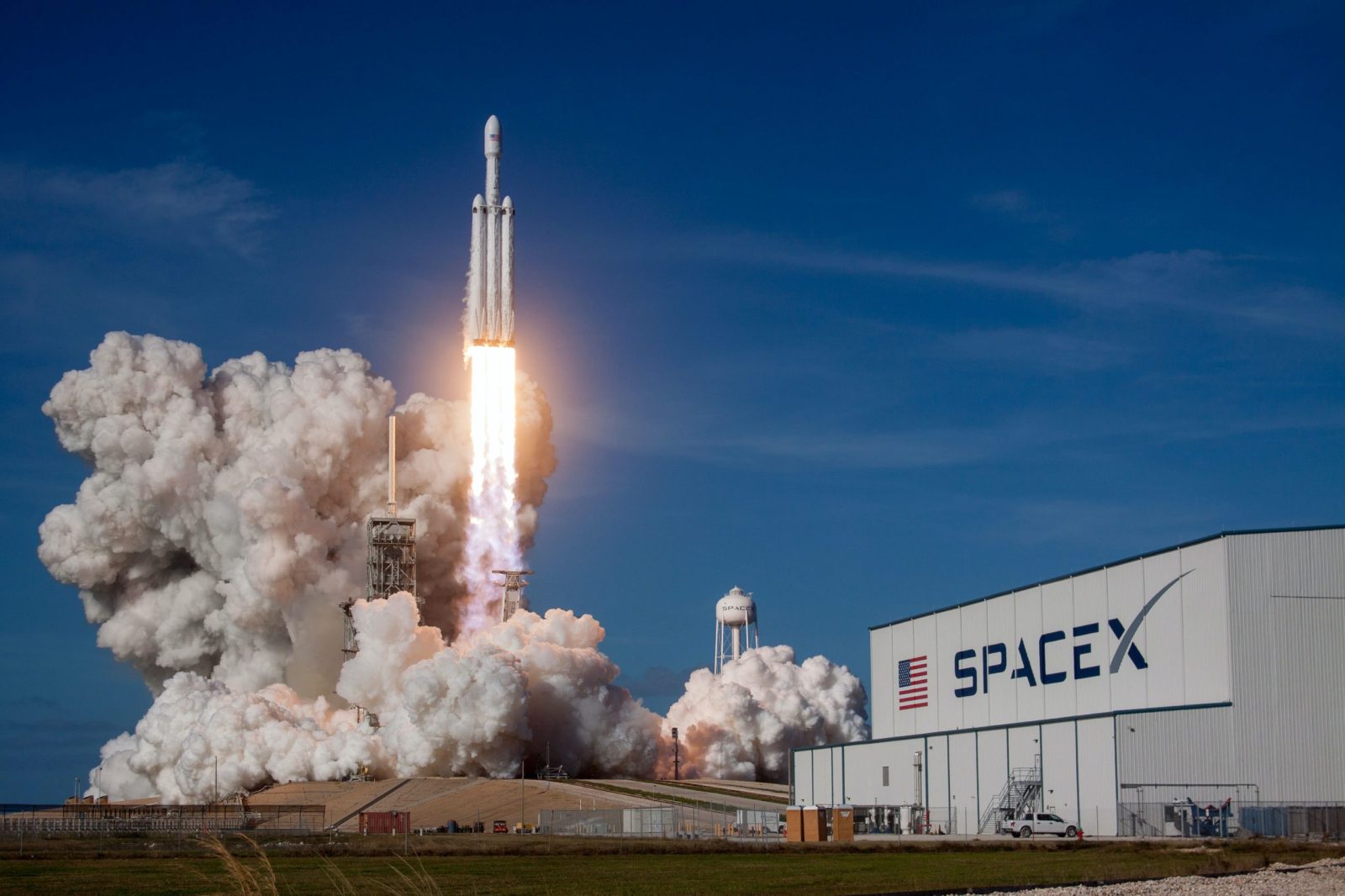 With the recent advances in space travel, what was once the exclusive playground of governments has shifted to ultra-rich mavericks. And they’re just getting started.

“…2011 might, in the history books of the future, be seen as the year when the space cadets’ dream finally died. It marks the end of America’s space shuttle programme, whose last mission is planned to launch on July 8th [2011]. The shuttle was supposed to be a reusable truck that would make the business of putting people into orbit quotidian. Instead, it has been nothing but trouble. Twice, it has killed its crew. If it had been seen as the experimental vehicle it actually is, that would not have been a particular cause for concern; test pilots are killed all the time…But the shuttle is now over. The ISS [International Space Station] is due to be deorbited, in the inelegant jargon of the field, in 2020. Once that happens, the game will be up. There is no appetite to return to the moon, let alone push on to Mars, El Dorado of space exploration. The technology could be there, but the passion has gone…”

This is an excerpt from an article titled “The End of the Space Age”, published by The Economist, in June 2011. The following month, July 2011, just a mere two and a half years into the Obama administration, the US’s space shuttle programme, once a symbol of the American space supremacy for many, established some three decades earlier, would take its last voyage before it was retired forever. It wasn’t an entirely surprising event, Obama’s predecessor, George W Bush had announced the plan to retire it some seven and half years earlier.

“The shuttle’s chief purpose over the next several years will be to help finish assembly of the International Space Station [ISS]. In 2010, the space shuttle — after nearly 30 years of duty — will be retired from service,” he told an audience gathered at NASA Headquarters on the afternoon of  14 January 2004. During that speech, he also announced a goal “to return to the moon by 2020, and create a base for missions to Mars and beyond”. 1972 was the last time a human was on the moon. Following on from Bush’s speech, NASA launched the Constellation programme in 2005, whose three stated goals were low earth orbit flights for research purposes, getting humans back on the moon, and from there, to Mars.

However, in April 2010, just five years and an estimated cost of $230-billion since the launch of the Constellation programme, Obama gave a speech at the John F Kennedy centre: “Now, I understand that some believe that we should attempt a return to the surface of the Moon first, as previously planned. But I just have to say pretty bluntly here: We’ve been there before. Buzz has been there. There’s a lot more of space to explore, and a lot more to learn when we do,” he told his audience who were unlikely to have been surprised by the news, as the plans to cancel the programme had been reported since February that year, when Obama called it “over budget, behind schedule, and lacking in innovation.”

Anticipating the following year’s retirement of the space shuttle programme as well, he presented a new focus for NASA that included earth-based research, funding that would extend “the life of the International Space Station likely by more than five years”.

Most recently, the ISS has received funding to guarantee its existence at least until 2030. This modular habitable satellite is an international partnership of Space Agencies, the principal ones being the Space Agencies of the United States, Russia, Europe, Japan, and Canada. Some 400 kilometres above us in low earth orbit, it travels at eight kilometres per second, orbiting earth 16 times in a period of 24 hours. That’s 16 sunsets and sunrises in a day. Although some 240 individuals had visited the station by 2020, an international crew of just six live and work aboard the ISS.

Obama continued, ushering in the era that would make it possible for the likes of Elon Musk and Jeff Bezos to realise their space colonisation ambitions: “And in order to reach the space station, we will work with a growing array of private companies competing to make getting to space easier and more affordable” he continued later in his speech. “Now, I recognise that some have said it is unfeasible or unwise to work with the private sector in this way. I disagree… Some have said, for instance, that this plan gives up our leadership in space by failing to produce plans within NASA to reach low Earth orbit, instead of relying on companies and other countries. But we will actually reach space faster and more often under this new plan… By the mid-2030s, I believe we can send humans to orbit Mars and return them safely to Earth. And a landing on Mars will follow. And I expect to be around to see it.”

Fast forward to 16 April 2021, and NASA announced that it had awarded a $2.9-billion contract to Musk’s company, SpaceX, to build a lunar lander that will spearhead NASA’s Artemis programme, which was launched in 2017 with the goal of achieving what the Constellation programme failed to do, return humans to the moon.

Jeff Bezos, founder of the space rocket company, Blue Origin, which also bid for the contract, was not happy. Along with the only other bidding company, Dynetics, Blue Origin have filed a protest with the Government Accountability Office (GAO), accusing NASA of changing conditions of contract bidders, and challenging NASA’s decision to go with one contractor. According to a statement released by Blue Moon: “NASA has executed a flawed acquisition for the Human Landing System programme and moved the goalposts at the last minute… Their decision eliminates opportunities for competition, significantly narrows the supply base, and not only delays, but also endangers America’s return to the Moon.” Elon Musk responded with a tweet: “Can’t get it up (to orbit) lol”, perhaps prematurely. By Friday 30 April 2021, NASA announced that they were suspending the contract “until GAO resolves all outstanding litigation related to this procurement.” And yet another entry was added into the long and widely-reported feud between the billionaires.

But it wasn’t always so.

Back in 2004, when both were mere space novices, freshy enriched by their internet millions, Bezos from the success of Amazon, and Musk from the sales of Paypal and Zip2,  and both having recently founded their space companies, these two would-be men of destiny met for dinner to talk all things space.

Understandably, no transcript of that conversation exists, but on 1 March 2021, Trung Phang, a business and tech writer for The Hustle, a business newsletter and website, tweeted a picture of the pair having dinner together in 2004, which Musk confirmed by tweeting, “I can’t believe that was 17 years ago”. Phang goes on to quote Musk’s later recollection of parts of their conversation: “We talked about rocket architectures… It was very clear technically he was barking up the wrong tree, and I tried to give the best advice I could… Some of the engine architecture they were pursuing were the wrong evolutionary path… I actually did my best to give good advice, which he largely ignored.”

The years that followed would demonstrate fundamentally different approaches to similar stated goals, and present successes and failures for both, putting them on the path towards becoming two of the most consequential civilians in the new space race and disproving once and for all the sentiments of that 2011 Economist article, The End of the Space Age, which had stated: “It is quite conceivable that 36,000km will prove the limit of human ambition. It is equally conceivable that the fantasy-made-reality of human space flight will return to fantasy. It is likely that the Space Age is over.”

But back then, during that 2004 dinner, little did the men know of the challenges that lay ahead, the enemies that would be made, the lawsuits against the government, the millions that would literally go up in flames, as rockets exploded. Neither were they the only tycoons who saw their destiny and that of humanity writ large high up among stars. And while they have done much to raise the US’s profile in the space game, there are a number of spacefaring nations. And strongest among those are Russia and China, sometimes political adversaries of the US.

In part 2 of our Space Opera, The Galactic stage: Meet the Players, we go back to the beginning of SpaceX, Blue Origin, and another famous billionaire space entrepreneur. We look at their motivation, and the potential rewards that could make some of the richest men on earth, much richer, and introduce the world to a new ultra-exclusive club: the trillionaires. DM/ML