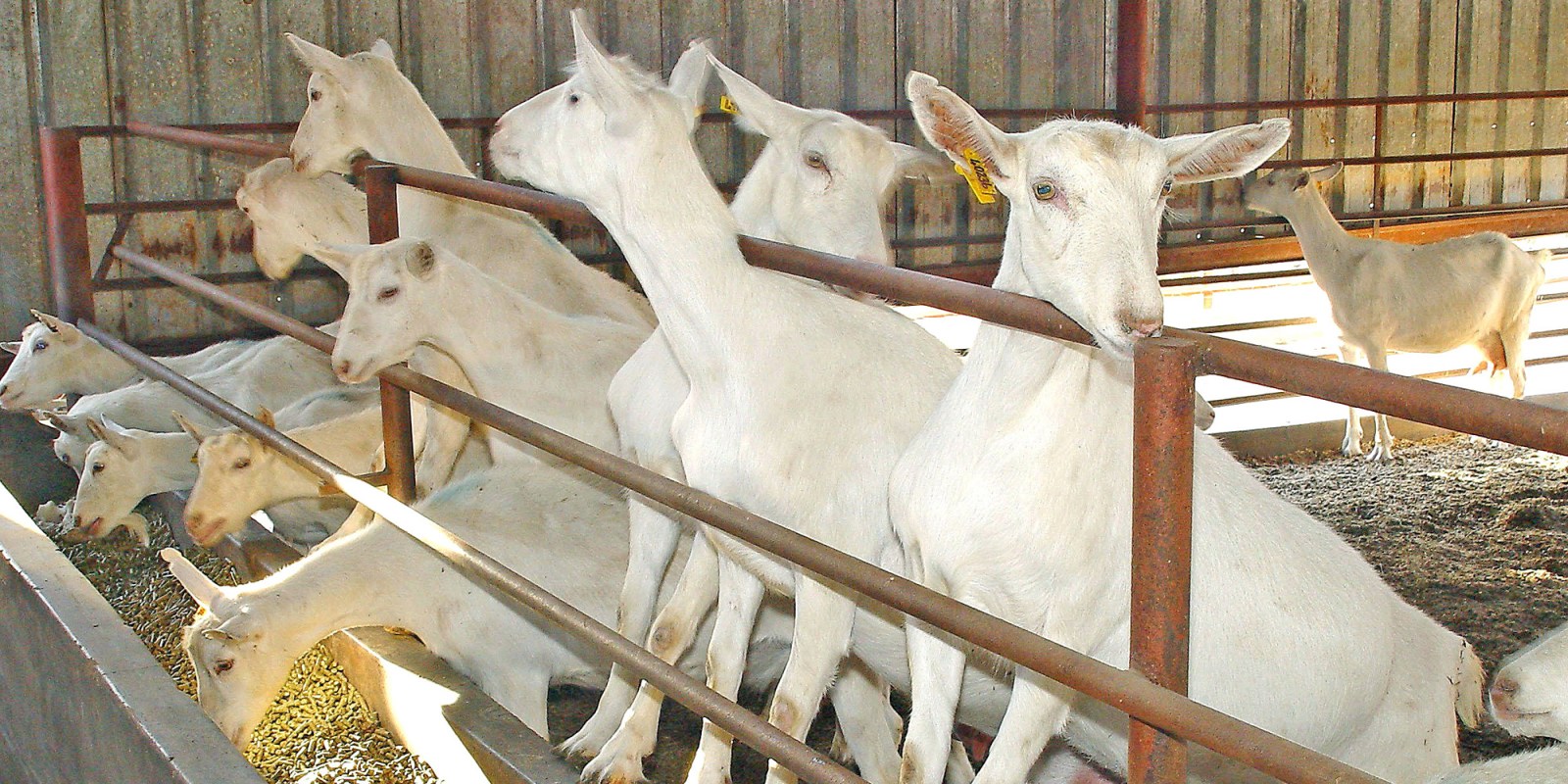 Millions of rands promised by the KZN provincial government for an ambitious goat farming plan have not been forthcoming. (Photo: Gallo Images / Louw Pretorius)

An ambitious programme to commercialise and boost indigenous goat production across KwaZulu-Natal is in jeopardy because the provincial Department of Agriculture and Rural Development has throttled funding of millions of rands.

First published in the Witness

In October 2016, the department signed a deal with two NGOs, Heifer Project South Africa (HPSA) and the Mdukatshani Rural Development Project, to launch a five-year plan to change the face of livestock farming. So promising is this initiative that international donors, from the EU, Germany and the US, have also committed more than R30-million to its realisation.

Among the objectives of this goat master plan were to:

The two NGOs would be responsible for the training and support of farmers and livestock associations, provide matching funds in three areas, coordinate research and collect data, initiate and promote auctions and train community animal health workers in small business development.

Mdukatshani, founded in 1975 to work with subsistence farmers in Msinga, has been a pioneer in boosting household goat herds and chicken flocks through improving the health of animals, and has created an extensive network of community animal health workers, equipped with basic veterinary kits, who provide regular, affordable services to farmers.

The Department of Agriculture and Rural Development had noted the success of this initiative and offered to put its weight behind it to boost the local economy through commercialisation.

Its part of the deal was to, among other objectives, provide veterinary kits, establish abattoirs for farmers, provide support for auctions, provide expertise and staff to mentor community health workers, facilitate training for life skills and business management through the Agricultural Sector Education and Training Authority, and to provide goat-research bursaries.

The department’s financial commitment totalled R10.9-million. In 2017, R2.8-million was paid to Mdukatshani and HPSA. Nothing has been forthcoming since then.

The director of Mdukatshani, Rauri Alcock, says the process has been “glued up”, and he and the CEO of HPSA, Marisia Geraci, have been trying for the past three years to find out what has caused the blockage. How is it possible, they ask, for civil servants in KwaZulu-Natal to obstruct a project that has the blessing of Minister of Agriculture, Land Reform and Rural Development Thoko Didiza, who wants to extend it on a national scale? The pilot project “could have been great”, says Alcock. Instead, the government is driving the programme to failure and the future of the goat master plan is in jeopardy.

This has not stopped the government from extolling the value of the plan in creating economic hubs in rural areas. In 2016, then-MEC for Agriculture in KwaZulu-Natal, Themba Mthembu, urged young people in Msinga to get involved in the programme and asked — ironically, given how it has been derailed — whether the department was “doing enough for the youth and the farmworkers”.

In July 2020, in his policy and budget speech, Deputy Minister of Agriculture, Land Reform and Rural Development Sidumo Dlamini promised that the objectives of the plan to commercialise goat herds by assisting 7,000 farmers and establish 700 microbusinesses, would be achieved by 2021, as scheduled.

In her provincial budget speech in 2020, MEC for Agriculture and Rural Development Bongiwe Sithole-Moloi extolled the department’s role in “developing a goat production value chain strategy to support primary production and promote the culture of business enterprise management among black rural livestock producers. This will include auctions, creating awareness and promoting the value of goat meat among the rural poor as a commercial farming venture.”

However, of the nine goat auctions planned from May 2019 to October 2020, three had to be cancelled because payment from the department did not materialise. On top of that, there has been no Agri-SETA training, no graduate research, or top-ups for veterinary kits, among other things.

The farmers who are supposed to be reaping the benefits of this grand plan are not seeing any action.

Baba Mbatha, who is on the executive committee of the Msinga Livestock Association, laments that while there had been promises of two to three auctions a year, there have been none since 2018. One was scheduled in 2019 but was called off, as was one scheduled for 2020. Himself a farmer, Mbatha says it is difficult to change the mindset of farmers to see the commercial value of their animals and their herds as factories. Those who took the plunge to take animals to auction found value in the process and saw the potential, but the momentum has now been lost. Furthermore, revenue that would have been generated for the livestock association by the auctions has not materialised, with the result that it has had to scale back its own operations, which include monitoring and reporting disease, security and construction of dip tanks. He says farmers don’t understand why things have ground to a halt.

While Alcock and Geraci have been in extensive correspondence with department officials to unblock the funds, farmers and members of livestock associations who have been waiting for more than three years to see promises realised, are asking: “Who ate the money?”

The damage caused by the funding debacle goes deep. Mdukatshani project manager Gugu Mbatha said it “has ruined our relationship with farmers and they no longer trust the organisation”. Mdukathani and HPSA have wasted time chasing after the department, she said, and they have had to pay from their own financial reserves to prevent a total collapse of the programmes. As it is, she said, training of community health workers had been cut by about two thirds, and only about half the number of para-veterinarians envisaged had been trained, to the direct detriment of farmers.

Gerasi said that “for the last three years of the goat agribusiness project, we have been carrying out project activities, where possible, as agreed in the legal agreement with the Department of Agriculture and Rural Development, with the understanding we would be reimbursed. We haven’t, and we’re out millions. We are a small NGO and have had to use our reserves. It’s having an impact on the organisation. Secondly, our reputation is at stake because where we haven’t been able to carry out activities to the full extent, we have been accused of keeping departmental money for ourselves. Communities are upset that we ‘made promises’ that we seem not to be keeping.”

In the absence of the promised funds or any answers about why they have not been forthcoming, Mdukatshani and HPSA issued a legal demand.

A letter addressed to the directorate of legal services at the KwaZulu-Natal Department of Agriculture and Rural Development requested confirmation, by the end of April, that invoices for R4,816,620 would be paid. By Thursday no response had been received and lawyer Paul Misselhorn is now lodging an arbitration request with the Arbitration Foundation of South Africa.

A request for comment sent to provincial MEC for Agriculture and Rural Development Bongiwe Sithole-Moloi on Monday has been unsuccessful. DM