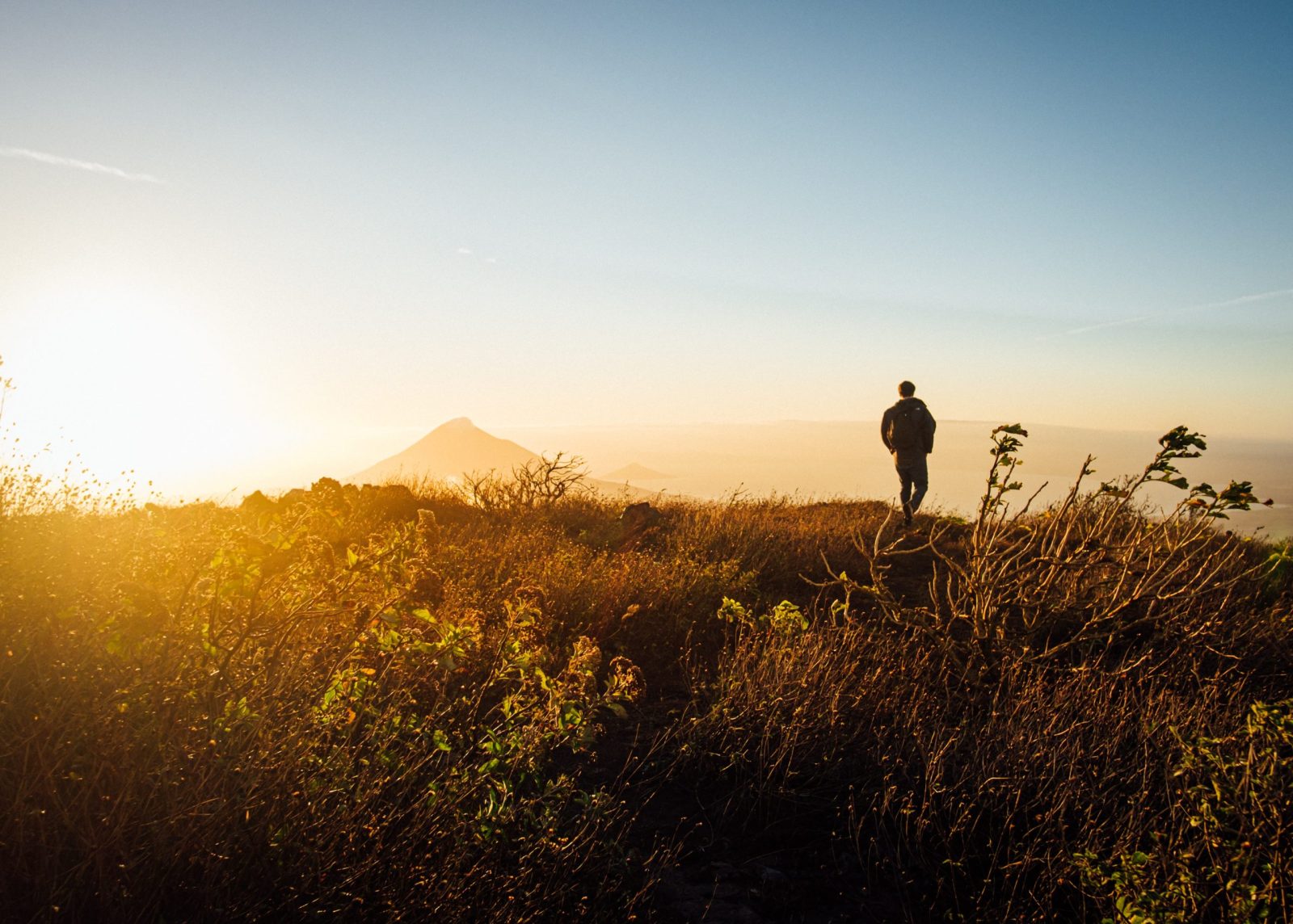 Even paradise palls after a while, and when you’re a digital nomad there’s always a new place beckoning – novelty is just a plane or a boat or a bus ticket away.

Heaven, said the Talking Heads, is a place where nothing ever happens, and although Little Corn Island, 45km off Nicaragua, was the closest place to heaven I’d ever found, things did happen there.

There were the 25kg bales of cocaine that washed up on the beaches – dumped overboard by Colombian narcotraficantes from the island of San Andreas fleeing the coast guard. The locals call these coke floats “white lobster”, and because of the prevailing winds and currents, and the vigilance of the coast guard, they frequently drifted on to Little Corn and nearby Big Corn (or so I was told).

On one of the muddy lanes that criss-cross Little Corn (there are no roads here, no cars, no motorbikes) lies a ruined cross. It commemorates Walter Hunter, an islander who was shot dead in the lane, apparently after “losing” 35 kg of cocaine. They say a boatload of sicarios came over from Colombia and gunned him down one sunny afternoon. Eight shots to the body, one to the head.

There were stories of boatloads of brand new motorcycles from Bluefields being offloaded on Big Corn. Of young fishermen suddenly enriched, blinged up to the nines, building big houses, gunning new motorbikes, shelling out big bucks for new boats. There was even a tale of a barrel containing a million dollars that had recently floated onto a nearby beach.

There were the fierce storms that lashed Little Corn in the afternoon, expending their fury and disappearing as suddenly as they arrived, giving rise to sunsets of every imaginable hue of gold.

There were the expats and their dramas, the same small dramas that are enacted in small communities all over the world.

There were the rare foreign tourists who arrived on the ferry from Big Corn island. They brought us new stories, fresh viewpoints, different belief systems, they came with novel quirks and idiosyncrasies. And then they left.

Even paradise palls after a while, and when you’re a digital nomad there’s always a new place beckoning, another city or town or village with its allure of the unknown; there are other beaches to roam, fresh forests to explore, different volcanoes to marvel at; the promise of new customs, cultures, people; novelty, which together with the data that powers our image-machines is the 21st-century opiate of the masses.

I decided to go to León, and getting there from Little Corn island necessitated taking a boat to Big Corn, a small plane to Managua, and a chicken bus to León. Chicken buses are decommissioned US school buses, they operate throughout Central America, gaudily painted behemoths festooned with chrome, chomping up the roads with huge, carnivorous grilles – they wouldn’t be out of place in a Stephen King novel.

León is an old colonial city, renowned as one of the most beautiful in Nicaragua. It’s also one of the strongholds of the FSLN (Frente Sandinista de Liberación Nacional or Sandinista National Liberation Front.) Many of the centuries-old buildings are daubed with revolutionary slogans, and everywhere the black and red flag of the Sandinistas flies alongside the national flag.

The party is headed by Daniel Ortega, who runs the country with his wife, Rosario Murillo, the vice-president. Ortega began his political career as a revolutionary, fighting against the dictator Anastasio Somoza, who was supported by the US. Ortega was arrested, imprisoned and tortured. Like the young Joseph Stalin, he robbed at least one bank to finance the revolution. He was exiled to Cuba, where he received guerrilla training from Fidel Castro’s government.

Somoza was overthrown in 1979 and Ortega led Nicaragua. He started off as a Marxist-Leninist, pursuing a programme of land reform, nationalisation, literacy programmes and wealth distribution.

These days, his critics say, Ortega has become an authoritarian dictator, like the one he deposed. He “controls every aspect of government… the National Assembly, the Supreme Court, the armed forces, the judiciary, the police and the prosecutor’s office,” according to The New York Times journalist Frances Robles. His children have amassed wealth and power and control multiple media outlets. In 2018 at least 300 protesting opponents of Ortega’s government were shot dead in the streets of Nicaragua.

Apart from being a revolutionary hotbed, León was just plain hot; a city under the unforgiving eye of a merciless sun, and walking along the cobbled streets past the crumbling colonial architecture was a wilting and debilitating experience, like enduring a prolonged assault; there was no respite from the brutal heat until dusk, when the sky haemorrhaged fiery colours that slowly softened and a welcome cool enveloped the place.

It was too damn hot, and I caught a chicken bus to Matagalpa in the northern highlands, where the air was cool and fresh, and green hills unfolded as far as the eye could see, and tobacco and coffee farms dotted the landscape.

I stayed in a hostel opposite a funeral parlour, its doors open all day for the freshly bereaved, candles burning, rows of coffins on display, some simple, others ornate, black coffins, white coffins and one of sky-blue.

There was a former US marine staying at the hostel, he said he’d walked to Nicaragua all the way from Mexico at the height of the first wave of la pandemia when borders were closed, and international travel was all but impossible, unless you knew how to get from one country to another by clandestine means.

He had stayed at the hostel for some time; he delighted in the family of hummingbirds that visited the garden every day, called me to the balcony once to point out the stray dog that sat outside the funeral parlour every night, waiting expectantly until the undertaker came out with a plate of food for it.

Funerals here were a big deal, he told me. A few weeks ago there’d been one in the street we overlooked. The entire street was closed off to traffic, festooned with flags and bunting, a brass band played, a marquee appeared, and inside it tables groaned with food, and hundreds gathered to mourn and celebrate a life that had moved on.

He told me about a place called La Selva Negra (The Black Forest) up in the hills, and I went there one Saturday. Sat next to the lake, had a beer, then walked into the forest. There were several hiking trails, and at the beginning of one were signs, in English and Spanish, that warned: “Extreme trail. Only for experts. Enter at your own risk.”

That sounds like my kind of trail, I thought. After all, I’m an expert. Used to walk in Newlands Forest at least once a week, and I knew every path in that sun-dappled forest, every stream, bower and waterfall.

After a while on the Selva Negra trail, though, I realised I was out of my depth. The path became almost vertical, and the mud on it was so slippery that it was like walking on ball bearings and it was impossible to stand upright. I had to crawl up the never-ending path, digging my hands into the mud, searching for branches to grip. I started hoping it was just a bad dream, but there was too much continuity, and all I could do was keep on crawling and clinging, until I reached the top, and then I saw the sheer drops on the downward path, and wondered how I would ever get out of the forest.

Turned out that the only way out was sliding down on your bum, using your hands and feet as brakes, and when it was over and I could stand upright again, my hands were still trembling and I had learnt a valuable lesson: Sometimes you have to trust the signs. DM/ML