Concrete developments: Rights issue pressure is off as PPC sells its lime business 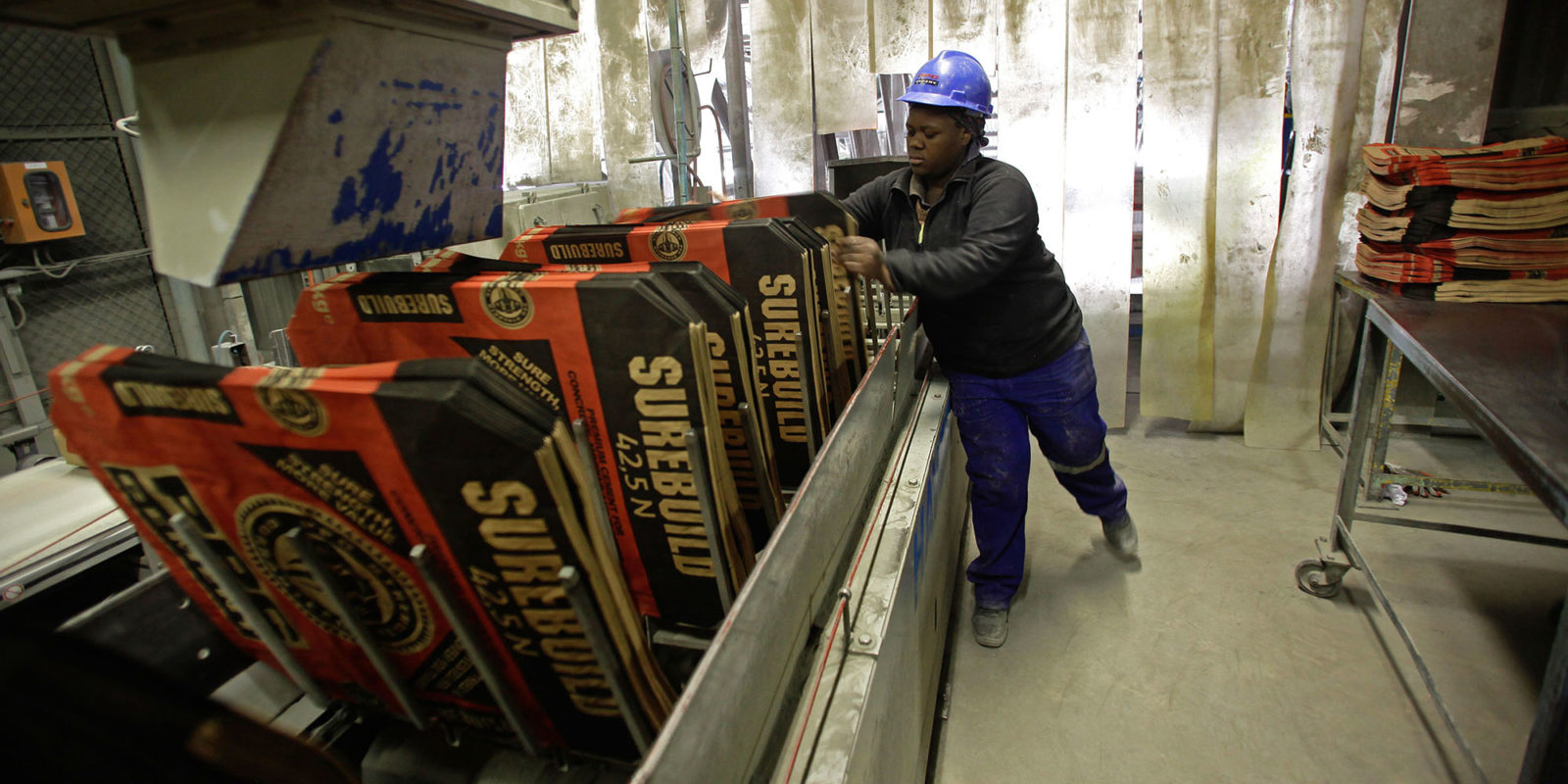 A worker on a conveyor belt at the Hercules cement plant, operated by PPC, in Pretoria. (Photo: Kevin Sutherland / Bloomberg via Getty Images)

The disposal means the cement producer may not have to resort to a rights issue. But after a strong run in its share price, raising fresh equity capital may still be an option.

PPC Limited has sold its lime business in a move that will strengthen its balance sheet and may negate the need for a rights issue. It’s the latest positive step by the cement producer, which has been struggling with high debt and a tough market. Its business is also showing signs of a decent recovery from the Covid-19 pandemic.

Following the conclusion of the sale, PPC Lime is expected to be 39% black-owned, with 29% in the hands of the new black investors, 5% owned by relevant PPC Lime employees and 5% by host communities of PPC Lime.

The disposal of PPC Lime, which mines, manufactures and distributes reactive lime, hard burnt lime, hydrated lime, burnt dolomitic lime and raw limestone, forms part of the company’s restructuring a refinancing project, which has the support of its lenders.

As part of a revised strategy, PPC Lime was identified as a non-core business. It posted an attributable loss of R2-million for the six months ended 30 September 2020, and had a net asset value of R435-million. PPC said the net proceeds from the sale of about R500-million would be used to reduce debt on its South African balance sheet.

The disposal follows an announcement on 31 March that the company had reached a deal to restructure debt at its PPC Barnet business in the Democratic Republic of Congo (DRC). The accord with PPC Barnet’s lenders terminated their recourse to PPC South Africa, which could have amounted to $175-million (R2.5-billion).

In March’s update on its restructuring and refinancing project, PPC said its local lenders had agreed to review the need for a capital raise of at least R750-million, which it committed to in August 2020, if its South African business continued to de-gear towards a sustainable debt metric of about two times earnings before interest, tax, depreciation and amortisation (Ebitda).

“This divestment from our lime assets, which we consider non-core to our business, is timely and plays a vital role in our capital restructuring strategy to reduce our South African debt,” CEO Roland van Wijnen said.

“This will support the South African business to reach a sustainable debt-to-Ebitda position, which the South African lenders view as being necessary to remove the need for the originally contemplated rights issue at Group level.

“With the announcement of this divestment, we have completed another commitment in line with our communicated restructuring plan.”

Equally important, Van Wijnen said Kgatelopele Lime was well placed to continue to develop and strengthen the position of the lime business in South Africa.

“There were a combination of factors that had to be put in place, including the sale of PPC Lime, the restructuring of its African operations, the potential disposal of all or part of PPC’s assets in the DRC and other territories,” said Small Talk Daily research analyst Anthony Clark.

“Would I say it negates a rights issue? I think at this stage it is too early to say,” Clark said.

Other issues still hanging over the group included its African operations outside South Africa and associated debt, although the debt restructure in the DRC provided some relief.

In the March update, PPC said Ethiopian associate Habesha had started to deliver positive month-to-month Ebitda and had appointed advisers to develop a financial restructure plan to optimise its capital structure. While it saw long-term value in the business, PPC said it had no obligation to support the business or invest further capital.

While the process to raise capital in PPC International was still underway, subject to potential deferral pending the outcome in the Habesha restructuring, it was no longer required for the implementation of a sustainable capital structure for the group following the resolution of its DRC exposures.

However, it said cement imports continued to pose a threat to the industry, rebounding strongly after easing of the lockdown restrictions.

“The strong cash generation and continuing strong demand for cement in the domestic market, which is rebuilding the PPC balance sheet, means that today’s sale at R515-million just removes some of the pressure on management to consider a rights issue but I certainly would not rule it out,” Clark said.

“With the share price having run so sharply in the last [six] months,  moving up from about 60c to the mid R3s, it’s always a possibility, but I think this sale today has eased some of the pressure.” DM/BM