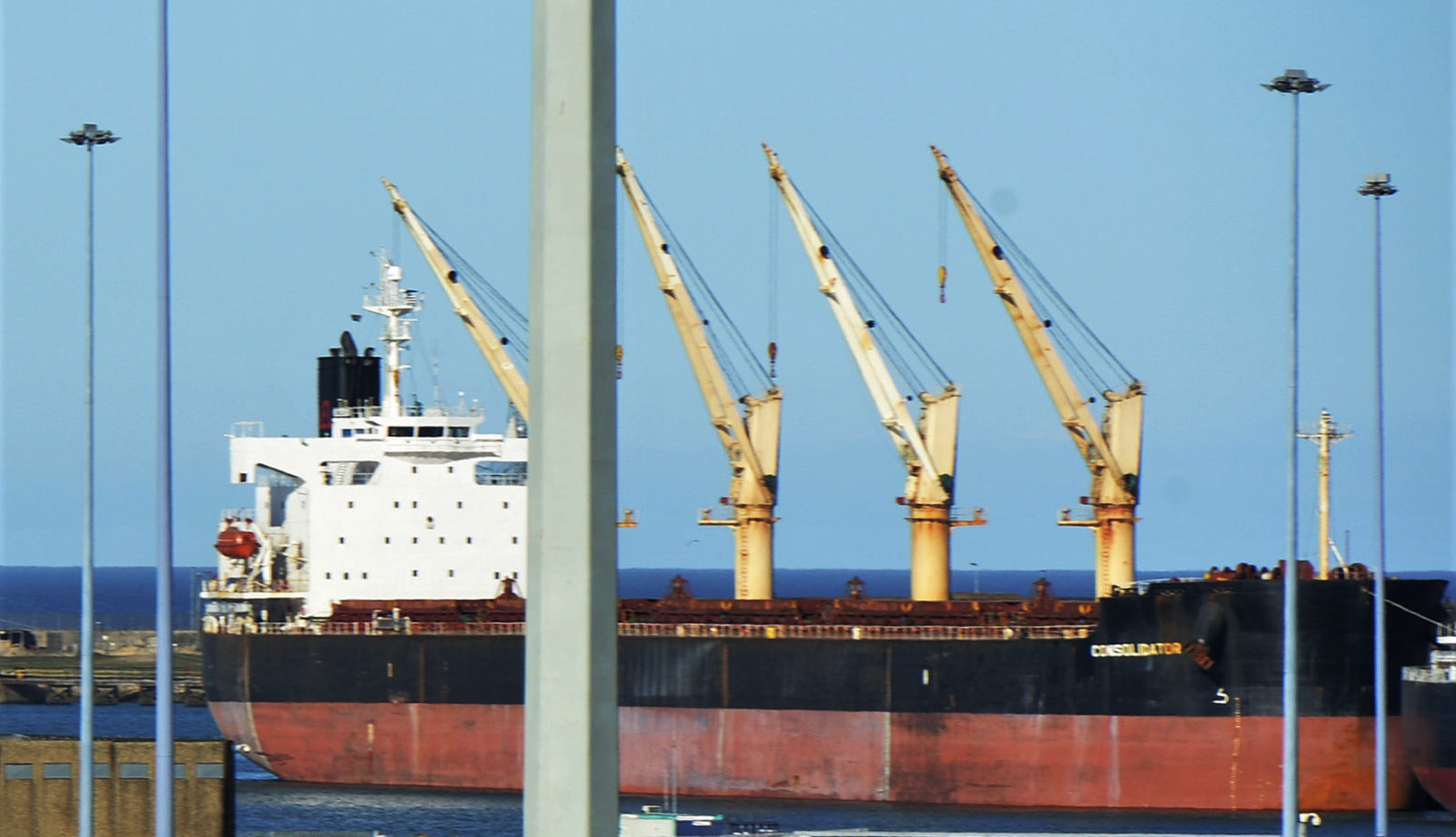 The MV Consolidator docked in the Gqeberha harbour.

Four crew members of a bulk carrier that was allowed to dock in the Gqeberha (Port Elizabeth) harbour tested positive for Covid-19 as they prepared to fly home. Another 18 crew were isolated on the vessel awaiting their test results. The department of health says the ship’s master did not inform port authorities that one of his crew members was displaying symptoms of Covid-19 before the vessel was granted permission to enter the harbour and dock.

Four crew members of a bulk carrier that docked in the Gqeberha harbour tested positive for Covid-19 and another 18 were placed under quarantine after the master of the ship allegedly failed to declare that he had a sick person on board.

On Monday, 3 May, the district manager of the Eastern Cape health department, Darlene de Vos, confirmed that of these crew members, 14 tested positive for Covid-19, one was admitted to St George’s Hospital and the rest are in isolation in two hotels in the city.

She said that on Sunday three crew members from a second ship, the LNG Rosenrot, tested positive for the virus. Two are in isolation at the Paxton Hotel and one at the Radisson Blu.

She said three people who came into contact with crew members have been placed in isolation in a hotel in the city.

Eastern Cape health department spokesperson Sizwe Kupelo said that on 19 April, the master of the vessel MV Consolidator applied to Port Health authorities in the Gqeberha harbour for permission to enter the port. He had declared that everyone on board was healthy and indicated that they would arrive on 22 April.

The vessel had departed from Mombasa, Kenya, on 13 April and was en route to Viskhapatna, India.

“The vessel subsequently arrived and berthed in Gqeberha on 25 April and the master did not declare there was a change in the health status of the vessel,” Kupelo said.

“There were 22 crew on board. Four crew members were due to fly home and had to be subjected to PCR testing [for Covid-19] prior to disembarking.

“The results of the tests came back positive for all four crew members, who are now in isolation in a facility. It was established that a few days after leaving Mombasa, one of the crew members did report to the master that he was not well and remained unwell until the vessel arrived in Gqeberha, where he was referred for medical treatment.

“The balance of the crew is in quarantine on the vessel and were tested for Covid-19.

“In the meantime, all operations on board have been suspended and the vessel itself has been placed under quarantine in its berth under police guard. The vessel will be decontaminated once the results are received and the crew will be managed accordingly on receipt of their test results,” he said.

“It is important that all vessel masters make accurate declarations of health and wellbeing of the crew, and if in doubt, consult with a medical practitioner to be arranged by the vessel agent. Masters unable to communicate in English stand the risk of not receiving services until a translator is arranged by the vessel agent. Any false declaration will be viewed in a serious light and reported to the South African Maritime Authority and health officials for further action.

“The Q Flag is to remain raised on the main mast until the vessel has been cleared by Port Health and Free Pratique has been granted.”

Rajesh Dana, manager of the Gqeberha port , said Port Health is mandated to manage the incident, including the tracking and tracing of exposed individuals.

“There was only one Transnet employee exposed. The employee was immediately placed on quarantine to self-monitor at home. The employee has not shown any symptoms. Aligned to the department of health guidelines, the employee will undergo medical screening before returning to work.

“There are a number of requirements which the vessel must provide before being granted access to the port: A clearance granted by Port Health to the vessels based on declarations made by the vessel captain; a Covid-19 declaration made by the vessel captain in terms of health status of all crew members; the last 10 ports of call; international port security standard clearance granted by the Port Security office and the submission of a Covid-19 mitigation plan in the form of standard operating procedures.”

He said the vessel’s captain had provided these declarations accordingly.

“The main requirement for granting port access is the [access to the harbour] which is issued by Port Health to the vessel’s captain. As such, all steps necessary to address any false declaration in relation to the health status of all crew on board a vessel are managed and handled by Port Health,” he added. DM/MC