DStv Premiership: Staring down the danger of the relega...

DStv Premiership: Staring down the danger of the relegation axe 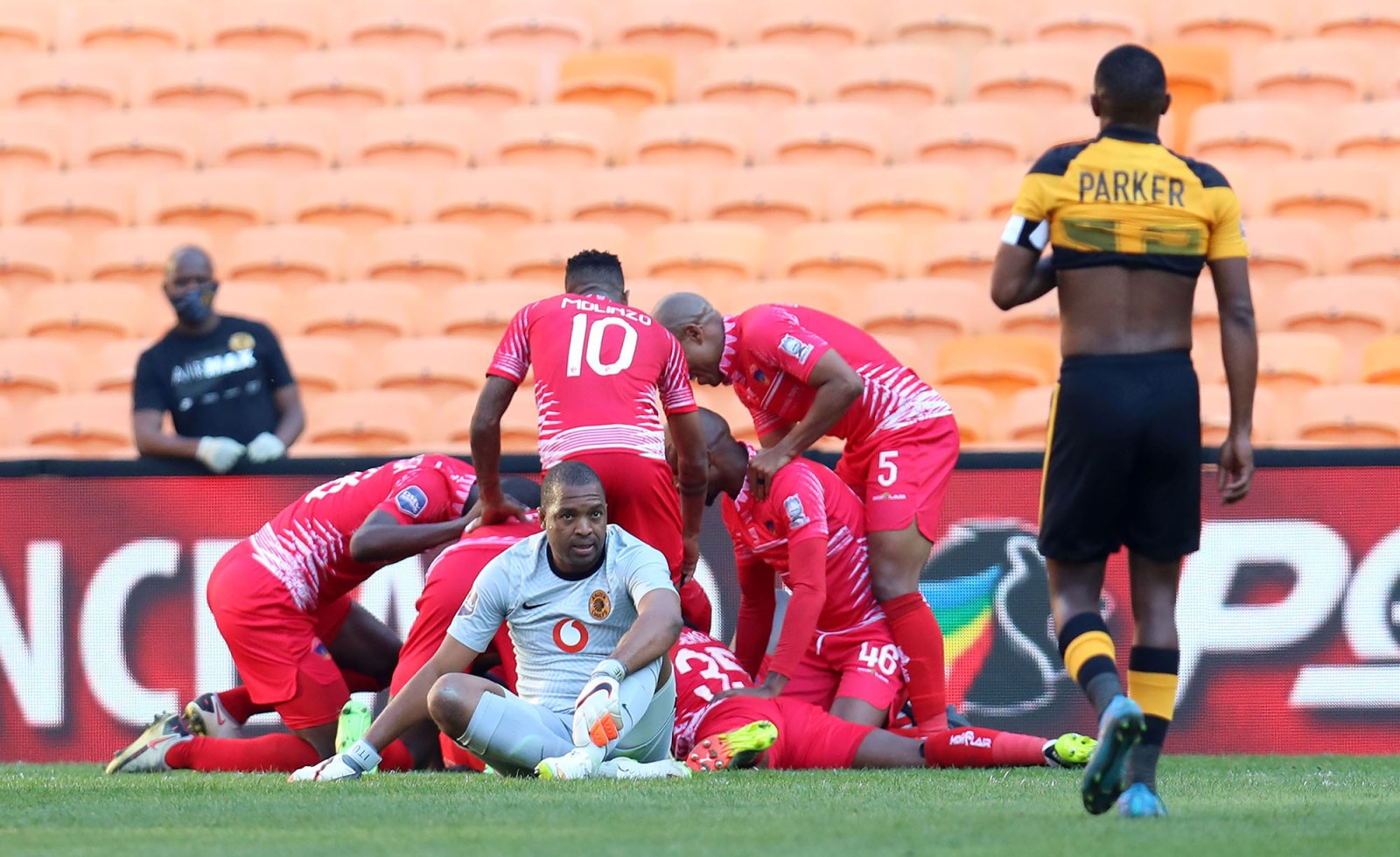 Things are heating up at the bottom of the DStv Premiership log.

Teams languishing in the bottom half of the DStv Premiership table have started bemoaning every precious point dropped, with the season a month away from concluding.

While much of the focus has been on Mamelodi Sundowns as they mount a charge for a fourth DStv Premiership title in a row, as well as on the chasing pack of AmaZulu, Golden Arrows and Orlando Pirates, things are getting heated at the bottom of the log.

Limpopo outfit Black Leopards look like the most likely candidate for the freefall into the GladAfrica Championship, while the likes of Chippa United, Tshakhuma Tsha Madzivhandila (TTM), Maritzburg United and Stellenbosch are slightly ahead of Lidoda Duvha. Still, 15th-placed Chippa are six points clear of Leopards, although they have played a game more.

Leopards, coached by Lehlohonolo Seema, one of the many coaches Chippa have had over the years, are winless in eight league matches. From the 24 games they’ve played to date, the team has accumulated a paltry 15 points, which has come from three wins and six draws. The rest have been losses. They now have six games in which to at least try to pull themselves up into 15th position, which would see them make the relegation/relegation playoffs.

Last season they survived the chop as fellow Limpopo side Polokwane City dropped to the second tier. Leopards made the playoffs, where they managed to preserve their top-flight status.

It seems unlikely that this will happen this season. Over and above trailing fellow stragglers by a significant number of points, Leopards have the worst goal difference in the Premiership at minus 21. With fine margins sometimes deciding which way the championship will head, and who will fall victim to the relegation axe, that unhealthy goal difference could prove detrimental even if Leopards do manage to close the points gap on those ahead of them.

Despite the presence of experienced forwards such as Rodney Ramagalela and Ovidy Karuru, Lidoda Duvha has struggled to find the back of the net. Seema’s side has the second-worst goal return in the 2020/2021 campaign, having only netted 17. Only TTM with 15 goals has found the back of the net fewer times.

In the defence department, things have not been much better either and they lead the line, having conceded a staggering 38 times this campaign. Cape Town City is the side closest to them, with 35 goals conceded. But the Capetonians don’t have the threat of relegation looming over them, and are comfortably perched in the top eight.

Leopards have tried every trick to pull themselves out of the relegation abyss, without any success. The team fired coach Dylan Kerr in January after a string of poor results. He was replaced by Seema, his former assistant. When, under Seema, there were no tangible results, the club roped in former Orlando Pirates tactician Kosta Papic as technical director in February.

This, too, has yielded no results as the team’s freefall has continued. As recently as two weeks ago, Joel Masutha, a former coach of the Leopards who is now with GladAfrica side Pretoria Callies, confirmed that he had been approached by his former team as they scrambled to survive.

“Yes, we spoke, but they found out that I’m with Callies. I have ambitions also to take this team to the DStv Premiership. I can’t be in two places at the same time and my heart now is with Callies. But, at the same time, I wish Leopards well in their remaining games to be able to survive relegation.”

The hopes of survival diminish by the game, although Leopards do have a crunch tie with TTM this weekend. Victory against fellow stragglers will do the team’s belief in themselves wonders and have them dreaming that they could pull off a Houdini-esque escape from the jaws of relegation.

Since Premiership rookies TTM were taken over by Limpopo businessman Abram Sello, who bought the club from previous owner Lawrence Mulaudzi in January 2021, the side’s fortunes have drastically changed.

Having bought the Premiership status of Bidvest Wits, TTM were often in disarray in their first few months of the season. However, the change of ownership saw the team’s fortunes transform.

Although they sit in 14th position and are seven points clear of Leopards, they are far from being completely safe. There is, however, a buzz of confidence within the team, especially after they saw off Sundowns to book a place in the Nedbank Cup final.

With two games in hand and a one-point advantage over 15th-placed Chippa, that confidence will have them believing they can avoid the playoffs.

“We hope and pray that this win [against Sundowns] will carry out to the big stage that’s the DStv Premiership, because that’s where it matters most. We have to climb up the log. We must now focus where it matters the most… The league is more important because we want to stay for next season,” said TTM coach Mpho Maleka after that victory.

Chippa, TTM’s fellow Nedbank Cup finalists, have had a woeful season that has once again resulted in the firing of coaches – something that has become associated with the club since they made their entrance onto the big stage back in 2012.

This season has seen the Eastern Cape-based team part ways with Seema and Dan Malesela. They then twice tried to bring Belgian coach Luc Eymael on board, a move that was vehemently opposed by the South African Football Association (Safa) and the supporters of the club.

Eymael was fired by Tanzanian Premier League side Yanga Sports Club in July last year for calling the club’s fans “illiterate” and “monkeys”. Despite this, Chippa Mpengesi who owns the side, felt Eymael was the perfect candidate to rescue the side from the big chop. Since the failed second attempt to bring the Belgian in, Mpengesi has appointed Serbian Vladislav Heric as technical adviser. This seems to have done the trick. They have four points from their past two games, including the scalp of Kaizer Chiefs in midweek.

Heric says in the few days he has been in charge, he’s had to drill it into his players that, despite being in the Nedbank final, the Premiership comes first.

“My biggest challenge was to turn their minds [away] from the Nedbank Cup final to the league games that we have to win because in 10 days’ time we’re playing a cup final,” he said. “My main objective was to switch the mind of the players because they didn’t care much – ‘Ah it’s okay we’re in the final’, but you can win the final and lose the status of the PSL and what’s the point, you know?” DM168