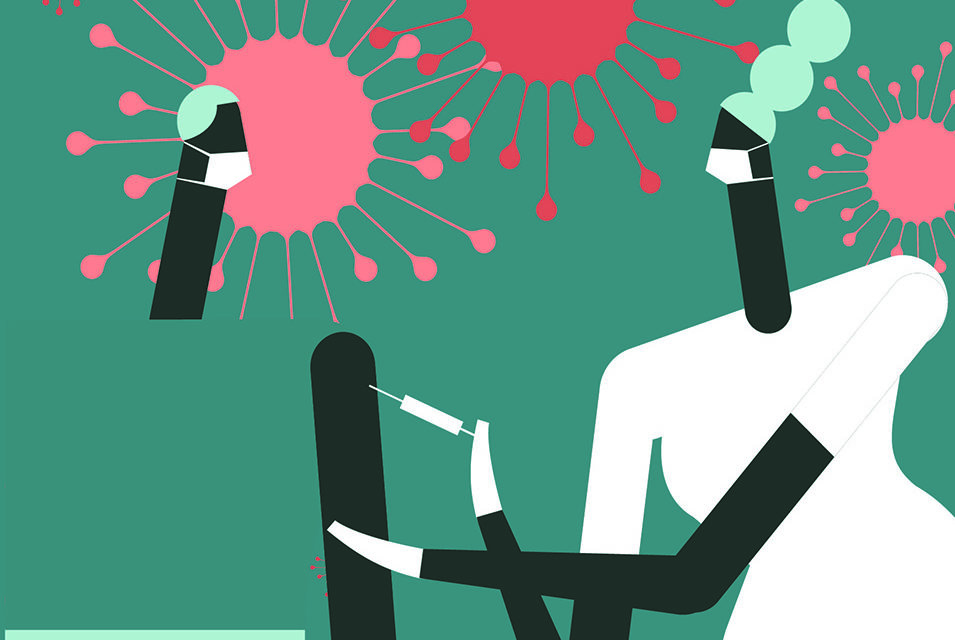 The vaccination roll-out marches on, but the jury is still out on inoculating pregnant, breastfeeding women.

Vaccination roll-out marches on, but jury is still out on inoculating pregnant, breastfeeding women.

Covid-19 fatigue, causing people not to wear their masks, wash their hands and maintain physical distancing, has been identified as a major possible driver of a potential third wave of Covid-19 infections in South Africa, the director-general of the National Department of Health said this week.

As of Thursday night, 54,331 people had died from Covid-19 complications. The country has a case fatality rate of 3.4%. There are currently 20,779 active cases in the country.

In a presentation to Parliament this week, Department of Health Director-General Dr Sandile Buthelezi said they were watching the number of cases in the Free State, Northern Cape, North West and parts of Limpopo. There were some worrying trends in these provinces, where there had been an increase in the case positivity rate.

Nationally there has been a 16.9% decrease in the number of cases from the previous week. But Buthelezi said the country’s testing rate was also down. It was important to improve the rate because this was how a resurgence would first be noted.

He said they were most concerned about the Namakwa region in the Northern Cape at the moment, where an increasing number of cases has been linked to mines and schools.

He said that, in the Free State, cluster outbreaks were found in schools and in some families; and there were “imported” cases from the Northern Cape.

With the resumption of the Sisonke implementation study to allow health workers early access to the Johnson & Johnson vaccine, the number of health workers who have been vaccinated now stands at 307,591.

“The modelling that is being done for the third wave shows that it is not likely to be worse than the second wave and probably a bit less,” Minister of Health Dr Zweli Mkhize told Parliament this week.

He said South Africa was watching India, where a massive outbreak of Covid-19 infections was raging through the country.

“At this stage there is no indication that there is a direct risk to South Africa,” he said.

Buthelezi pointed out that work being done by the South African Covid-19 Modelling Consortium in formulating a forecast for the third wave had identified behaviour change, a reduced adherence to non-pharmaceutical interventions, the easing of restrictions, holiday travel and super-spreader events as possible drivers of the third wave. Viral mutations and waning immunity from previous infections were also identified as possible factors that could trigger a third wave.

He explained that, at this stage, vaccinations were not being used as a factor to model the possible timeframe and severity of a third wave.

Buthelezi said the timing of the third wave was still uncertain.

There were currently only two variants in circulation in South Africa: B.1.351, which was dominant during the first wave, and 501Y.V2, which was first found in Nelson Mandela Bay and triggered the second wave of infections in the country, he said. “We are monitoring other variants. We are really on alert to make sure that we pick up any of these as soon as possible.”

He said “Covid-19 fatigue” was their major headache. He was referring to people no longer taking non-pharmaceutical intervention measures, such as wearing masks, sanitising hands, avoiding large crowds and keeping a safe distance.

“If there is no new variant and we can delay Covid-19 fatigue we will have more time to vaccinate [before the third wave],” Buthelezi added.

By Wednesday, about 533,283 – out of an estimated five million – people over 60 had registered on the national Electronic Vaccination Data System, he said.

“We are trying to ramp this up.”

The chairperson of the Ministerial Advisory Committee on Vaccines, Professor Barry Schoub, said this week that the endgame would be to reduce the feared virus to “one of the causes of the common cold”.

He said it was important to remember that, as much as vaccines provide personal protection, they should also provide community protection and that this was what was lacking in India, for instance.

“These epidemics still carry on if 10% to 20% of people have been vaccinated. It is only when you reach herd immunity that you stop the circulation of the virus.

“India probably has less than 10% of its population immunised. You still have that vast gap. Even those immunised still need community protection. We see it in European countries. Those with 10% to 20% vaccination coverage still need severe lockdown. Even the United Kingdom, despite an advanced vaccine programme, still needs restrictions,” Schoub said.

Nelson Mandela University’s Professor Azwinndini Muronga, who has been analysing data on the epidemic, explained the concept of herd immunity: “To achieve herd immunity the virus needs to encounter people who are protected against infection. This can happen when the population is no longer susceptible as a result of vaccination programmes focused on specifically those who have compromised immune systems.

“Perhaps it is better to phrase it as ‘herd protection’ as the risk of vulnerability is only reduced when in contact with the pathogen.  It does not provide immunity to the virus itself,” he said.

“Health workers are showing some form of immunity post the vaccine. The sooner we reach the most vulnerable and those in congregate settings, the sooner we can slow down the infection rate. Having said that, we cannot relax the focus on the non-pharmaceutical interventions, specifically amongst the younger generation. Even if herd immunity is attained across the population, it is still possible to have large outbreaks, such as in areas where vaccination rates are low.  Hence the need to speed up the pace of the vaccination programme.”

This week the South African Medical Research Council (SAMRC) announced that the vaccine would not be given to pregnant women and women who are breastfeeding.

Earlier in April, South Africa halted the trial as a precautionary measure after a similar move by the Food and Drug Administration in the United States. Six cases of a rare clotting disorder – blood clots to the brain coupled with low platelet counts – had been reported.

Mkhize confirmed this week that the Johnson & Johnson vaccine would also be used, along with the Pfizer vaccine, and that Phase 2 of the country’s vaccination roll-out was still due to start on 17 May. He said the vaccine would not be given to pregnant and breastfeeding health workers who are part of the Sisonke study.

The SAMRC this week announced that it was taking additional actions to mitigate the risk of the clotting disorder. These would include “SMS reminders” to seek medical help and to report the following symptoms: new-onset severe headache, weakness on one side, difficulty speaking, severe abdominal pain, swelling or pain in one leg, shortness of breath or chest pain, or blood spots around the site of injection.

So far there have been no reports of vaccine-induced clotting disorder in South Africa. According to the SAMRC, there had been one case of an anaphylactic reaction to the vaccine.

“It is not yet clear whether the Janssen [Johnson & Johnson] Covid-19 vaccine is excreted in breast milk,” the authority’s advisory states.

The advisory concluded that “pregnant women at high risk of exposure to SARS-CoV-2 or who have comorbidities which add to their risk of severe Covid-19 disease may be vaccinated in consultation with their health care provider”.

The WHO issued a separate directive stating that until further studies were completed only pregnant women who were at extreme high risk, like health workers and those with comorbidities, should receive the vaccine.

Schoub said laboratory tests showed no risk to pregnant women or their babies.

“In countries with mass vaccination rollout many pregnant women got the shot,” Schoub said.

“You give flu vaccines to pregnant women. It is just precautionary until we get enough data. I am absolutely sure that it will be recommended for pregnancy,” he added. Covid-19 has an additional risk of causing premature birth. DM168