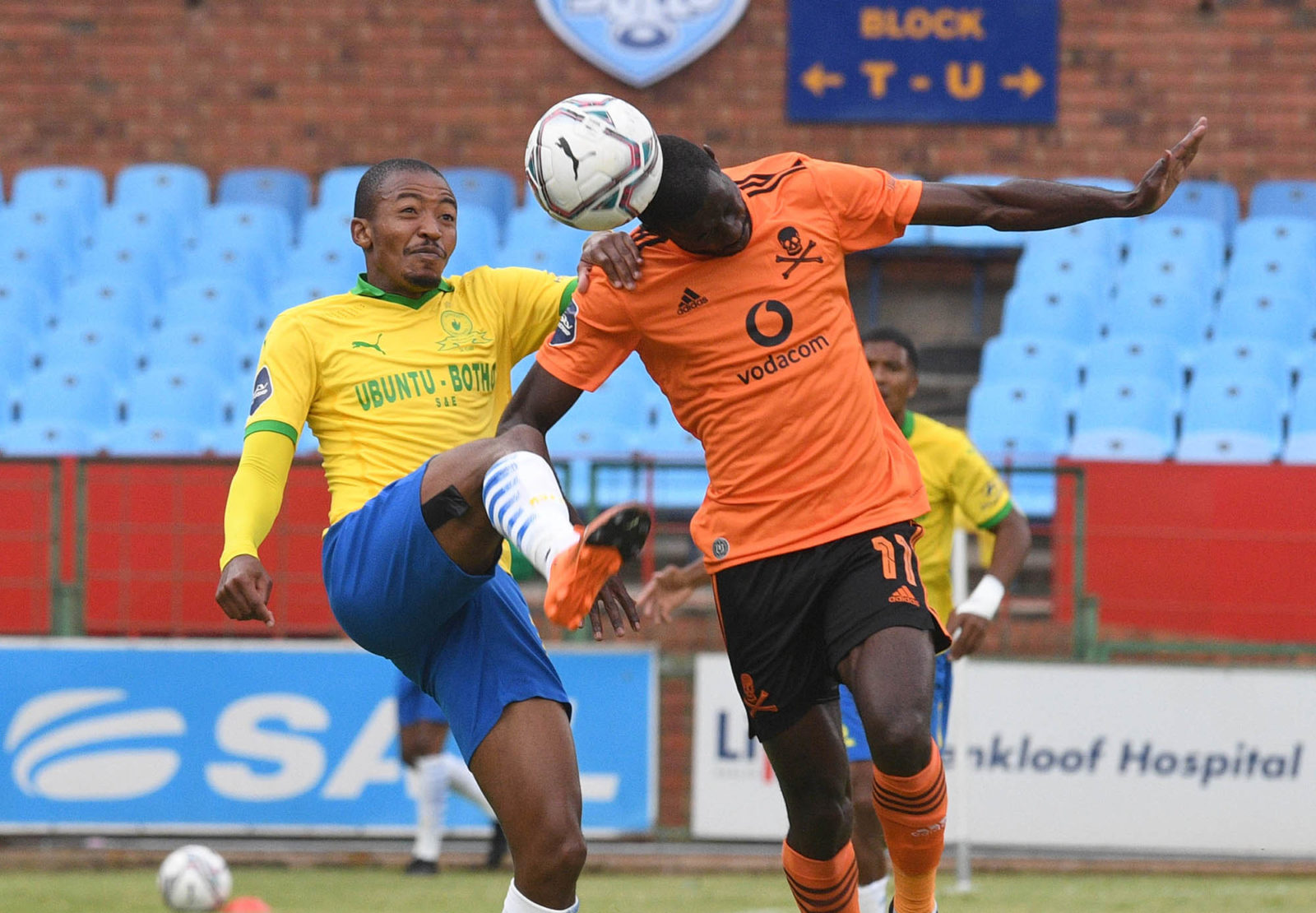 There are some crucial fixtures on the cards at both ends of the DStv Premiership table this weekend.

There are but a handful of rounds remaining of the current DStv Premiership campaign. Mamelodi Sundowns still lead the pack, and despite a recent dip in form that has seen the Chloorkop outfit go three league games without a win, they remain firm favourites to cross the finish line first.

Having managed to put together a 28-game unbeaten run dating back to October 2020, Sundowns were defeated by CR Belouizdad of Algeria in their penultimate Caf Champions League group match in April.

Since then, barring their 4-1 demolition of Orlando Pirates in the quarter-finals of the Nedbank Cup a fortnight ago, they have not been convincing.

Their three-match winless streak has also seen the goals dry up. They’ve scored only one goal in four matches in all competitions.

“Sundowns have been here before, and the players have the right amount of experience to deal with such hardships. We knew this was going to happen,” Sundowns coach Rulani Mokwena said in a press conference.

Pirates, who are Sundowns’ opponents this weekend, will be rubbing their hands together at the prospect of gaining revenge over Masandawana. Victory for the Buccaneers in the crucial tie will not only be an exercise in vengeance, but it will also blow the title race wide open.

Due to Sundowns dropping crucial points in recent games, the gap between them and the chasing pair of AmaZulu and Golden Arrows has been significantly cut. Benni McCarthy’s Usuthu are now just one point behind the 2016 African champions, while third-placed Arrows are a further five back.

As well as giving a boost to the two KwaZulu-Natal sides, a win for Pirates will keep their slim hopes of winning the title themselves alive. If Josef Zinnbauer’s men manage to walk away with the full three points, the gap between them and Sundowns will be reduced to six points, with 18 points still to play for in the season.

It will however be AmaZulu or Arrows who celebrate a Pirates win more than the Soweto side itself.

A day before the Sundowns versus Pirates encounter, which is on Sunday, the two KwaZulu-Natal sides will take on each other in what promises to be an electric KZN derby.

AmaZulu have peaked at the right time and are currently on a club record of 15 unbeaten games, winning 11 and drawing four. Golden Arrows are also chasing their highest ever finish in the Premiership. But Sundowns will keep their fingers crossed for a stalemate in the tie.

AmaZulu coach McCarthy says his charges will not simply roll over and hand the title to Sundowns, and that they will fight for every single point in the remaining games

“We’re going to push Sundowns as far as we can, put on the pressure and see if they continue to [keep the pace]. If so then we’ll congratulate them for being champions but until then it’s not over until it’s over, and we’ll continue to go and grow,” said Bafana Bafana’s all-time leading goal scorer.

Arrows have also had a blinder of a season, and even though they are further down the leaders’ ladder, they are on course for an unforgettable season on a personal note. As their coach Mandla Ncikazi pointed out to journalists in the build-up to the crunch clash against Usuthu.

“We are still on course. We are running our [own] race. All the noise happening around other teams, we don’t concentrate on that, we concentrate on our team and are trying to finish in the highest position the club has ever achieved,” the Abafana Besthende mentor said.

In another crucial tie, the relegation-threatened Black Leopards will clash with fellow strugglers Tshakhuma Tsha Madzivhandila (TTM) in a Limpopo derby. Both sides will be desperate for the maximum three points.

Basement dwellers Leopards need the points to keep their fast-fading hopes of survival alive, while TTM need three points to propel themselves further away from the relegation and playoff zone. DM