Photo by Markus Spiske from Pexels

The world is clearly seeing how quickly a disaster can escalate when not globally coordinated and when no decisive action is taken to fight a crisis, as happened with the Covid pandemic.

The battle to combat climate change also demands global cooperation so that no country is left behind, since we all share the same skies. And although Africa generates less than 4% of the world’s carbon footprint and bears very little blame for climate change, it already suffers the brunt of the damage with floods, famine, droughts and plagues.

“No region in the world has done less to cause climate change, and no area is more affected by it than Africa,” said Mark Carney, the United Nations Special Envoy on Climate Action and Finance. Carney was speaking at a high-level panel discussion hosted by Absa, one of Africa’s largest diversified financial services groups, to ensure that African voices are heard ahead of COP26, the UN Climate Change Conference to be held in Scotland in November.

The event titled Road to COP 26: Opportunities, Challenges, and the African Transition to Net-Zero, was held in partnership with the Group of Thirty (G30), a global body of economic leaders from the public and private sectors.

The world generally sees Africa as needing solutions to be imposed from outside, when many of its problems can be solved from within. Carbon offsets, for example, could generate enormous income, with the Congo Basin rainforests alone sitting with three years of sequestered carbon emissions it could sell to companies striving to reach net zero carbon emissions.

Yet the carbon emission market is still not operational, and needs pushing forward at Cop26. “This is a service to humanity, and we must find some way of remunerating that,” said Dr Vera Songwe, Executive Secretary of the Economic Commission for Africa.  That would give African countries an incentive to preserve their forests to protect the planet.

The carbon offset market could become one of the most important new financial models that are needed to fund greening initiatives in emerging markets. “Ninety percent of the demand for those offsets will come from advances economies and 90% of the supply will come from developing economies, including in Africa. This is a market that could scale quickly to $100 billion per annum,” Carney said.

More than 125 countries have committed to Net Zero carbon emissions by 2050 as governments increasingly respond to the demands of their citizens. But Africa undeniably lacks the finance to fund a transition to greener infrastructure and power, so developed nations must share the financial burden of transitioning to net zero.

Songwe pointed out that Africa still needed to put 70% of its infrastructure in place, creating an opportunity to leapfrog to new, renewable and sustainable technologies. But many countries – South Africa included – still depend on fossil fuels for economic growth, employment and government revenues – and having fuel to power their development takes priority over how clean it is.

Yet governments could be convinced to invest in greener fuels by tying it in with job creation, Songwe believes. She quoted compelling research by Oxford University conducted in South Africa that found renewable energy and sustainable transport infrastructure could create 420% more jobs than fossil fuel solutions.

During previous COP gatherings, the developed nations have committed to transfer $100 billion a year to emerging nations, while other sources of income such as the Green Development Fund also drive their transformation. However, the problems are too numerous and expensive for public sector funding to support alone. Much of the burden will fall on private financial institutions, and organisations like Absa have a large role to play by developing innovative funding solutions to support this journey.

“The simple truth is that the transition we wish for will not happen without a massive infusion of cash and additional resources,” said Tidjane Thiam, Chairman of Rwanda Finance Limited.  Each country must develop its own predictable and credible strategy for achieving net-zero emissions and must involve the private sector in a very significant way, he said.

Thiam said a strong political will was needed to implement more public-private partnerships and to establish regulatory reforms so foreign investors could be sure their investments wouldn’t be expropriated, or contracts reneged on.

Another key goal should be supporting small local businesses in Africa, so they become successful. The first thing foreign investors look for is a solid base of strong local enterprises, and if they don’t exist, it implies that the regulatory environment is not conducive to doing business, Thiam said. If foreign investor cannot find local partners to work with, they will stay away.

The panellists agreed it was important to encourage home-grown African investors to support green initiatives in Africa, because they would not flee with their money in times of crisis like first world investors tend to do. Again, that’s an example of the need for African solutions to mitigate a global crisis.

Absa has a target of financing or arranging R100 billion for environmental, social and corporate governance (ESG) projects by 2025 and has arranged financing for 46% of projects under South Africa’s Renewable Energy Independent Power Producer Procurement (REIPPP) programme.  The bank invests in these projects because they make good business sense and deliver appropriate returns, and Absa’s aim is to help its clients achieve sustainable growth aligned to the climate change goals.

The requirement for all companies to step up their green initiatives will inevitably increase in the months and years ahead. Carney of the United Nations believes that companies should be obliged to address sustainability and climate change issues in their financial reporting. So far, 34 large African companies already do that voluntarily, proving that while Africans bear little blame for climate change, some of us are determined to reverse it. OBP/DM 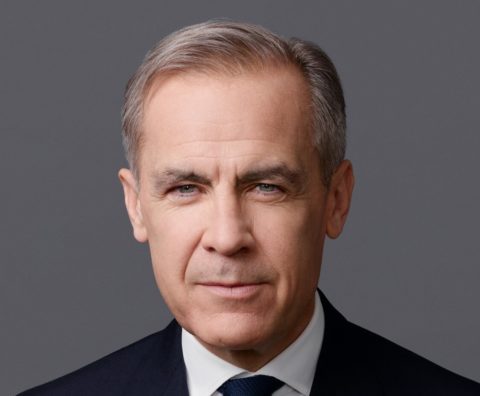 Mark Carney is a Vice Chair of Brookfield Asset Management and Head of ESG and Impact Fund Investing. In this role, he is focused on the development of products for investors that will combine positive social and environmental outcomes with strong risk-adjusted returns.

Dr. Carney served as Governor of the Bank of England from 2013 to 2020, and prior to that as Governor of the Bank of Canada from 2008 until 2013. He was Chairman of the Financial Stability Board from 2011 to 2018. Prior to his governorships, Dr. Carney worked at Goldman Sachs as well as the Canadian Department of Finance. He is a long-time and well-known advocate for sustainability, specifically with regard to the management and reduction of climate risks, and is currently the United Nations Special Envoy for Climate Action and Finance.

Dr. Carney received a bachelor’s degree in Economics from Harvard University and a master’s degree and doctorate from Oxford University. 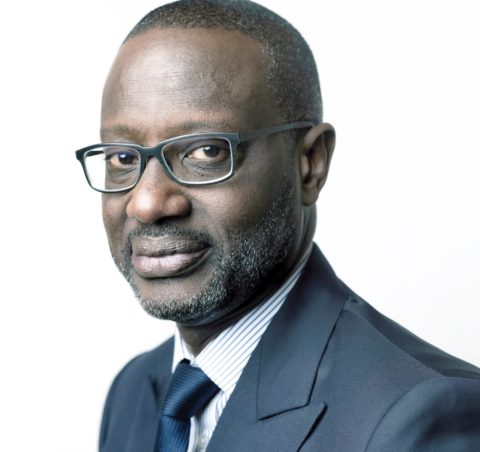 Tidjane Thiam was the Chief Executive Officer of Credit Suisse Group AG from 2015 to 2020. Prior to this role, he was Group Chief Executive of Prudential plc from 2009 to 2015, having also served that company as a Director from 2008 to 2015 and as Chief Financial Officer from 2008 to 2009. Previously, Mr. Thiam worked at Aviva and McKinsey & Company. From 1994 to 1999, he was successively CEO of the National Bureau for Technical Studies and Development, and Secretary of Development and Planning of Côte d’Ivoire. Mr. Thiam is a graduate from the École Polytechnique in Paris and the École Nationale Supérieure des Mines de Paris and holds an MBA from Insead, with distinction.

In April 2020, Mr. Thiam was appointed by the African Union as Special Envoy to solicit international support to help the continent deal with the economic impact of the coronavirus. 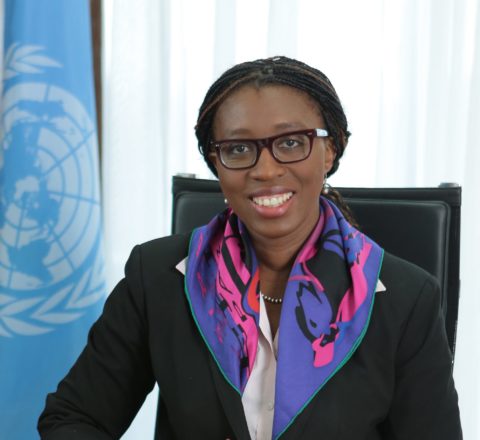 Vera Songwe is the UN Under-Secretary-General and 9th Executive Secretary of the Economic Commission for Africa (ECA), becoming the first woman to lead the institution in its 60-year history.

As Executive Secretary, Songwe’s reforms, focusing on “ideas for a prosperous Africa”, have brought to the fore critical issues of macroeconomic stability, development finance, private sector growth, poverty and inequality, the digital transformation, trade and competitiveness.

Recently listed as one of Africa’s 50 most powerful women by Forbes,  named as one of the ‘100 Most Influential Africans’ by Jeune Afrique in 2019, ‘100 Most Influential Africans’ by New African Magazine in 2020 and one of the ’25 African to watch’ by the FT in 2015, Songwe is acknowledged for her long-standing track record of providing policy advice and her wealth of experience in delivering development results for Africa. She has written extensively on development and economic issues including on debt, infrastructure development, fiscal and governance issues. She is well published and contributes to the development debate across a broad spectrum of platforms including in the Financial Times.

Prior to ECA, she held a number of senior leadership roles with the International Finance Corporation (IFC) and World Bank.