The climate clock is ticking, SA needs to cut emissions and adapt – fast 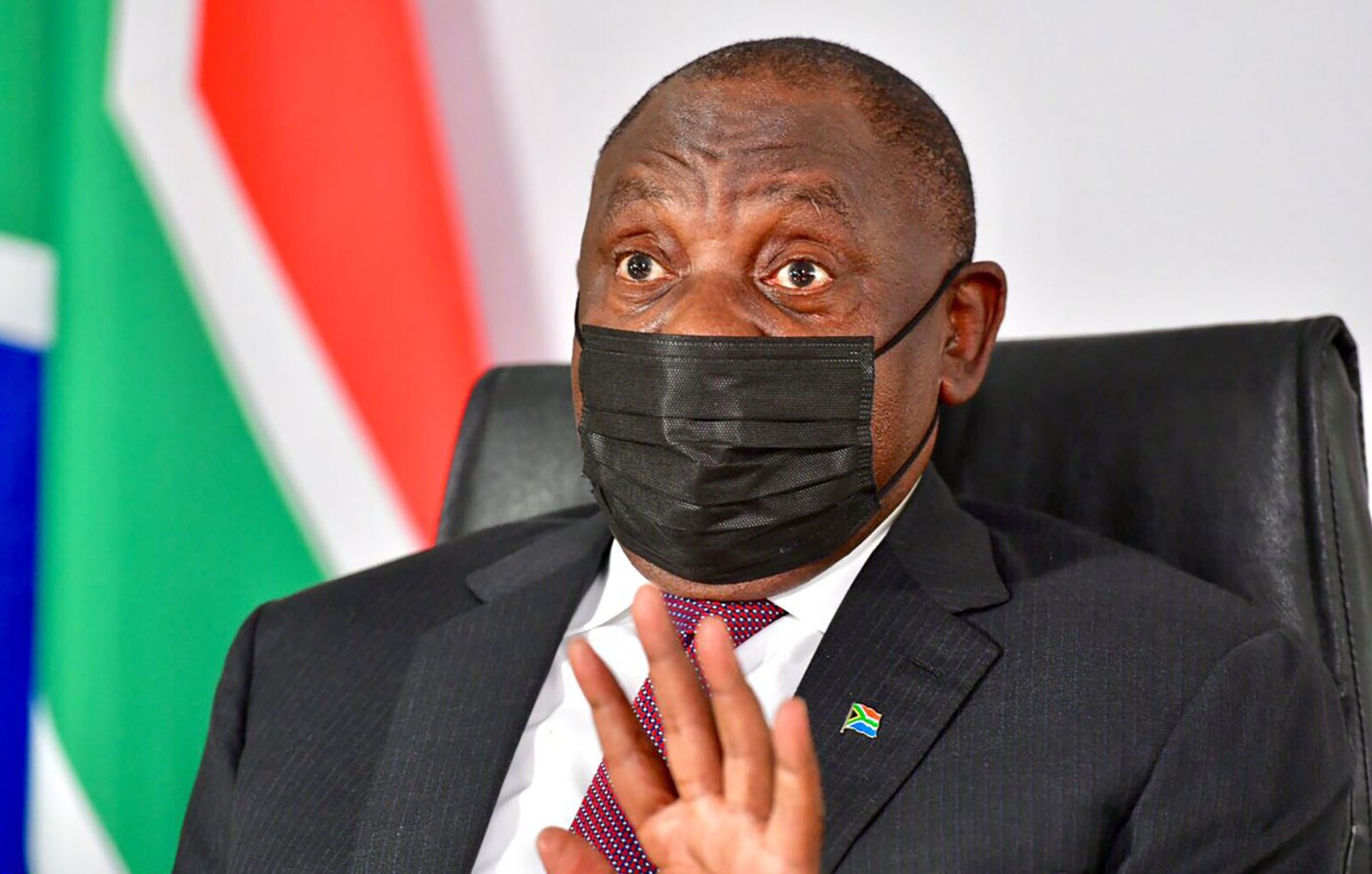 President Cyril Ramaphosa at the invitation of President Joe Biden of the United States of America, participates in the Summit on Climate Change convened on a virtual platform on 22 and 23 April 2021. (Photo: Elmond Jiyane / GCIS)

Unless we act with urgency, we could find our developmental gains being reversed and our ability to overcome poverty, joblessness and inequality severely constrained.

Last week I joined more than 40 world leaders at a climate summit convened by US President Joe Biden to discuss the global climate change effort in the run-up to the next international climate conference, in Glasgow, Scotland, in November.

There was a common appreciation that, as the international community, we need to dramatically scale up our efforts, raise our level of ambition, and support developing countries with the means to implement climate actions.

Even as we continue to fight the Covid-19 pandemic, tackling climate change is a national priority for South Africa.

To fully appreciate the devastating impact of climate change on lives and livelihoods in South Africa one need only look at the prolonged drought in parts of the Eastern, Northern and Western Cape.

The coming of the rains last year broke a seven-year drought, the longest in over a century. It wreaked havoc on communities across these provinces. It caused water shortages, widespread crop failure and negatively affected both commercial and subsistence farming.

This in turn had a national impact.

It drove up food prices, particularly of basic staples such as maize meal, contributing to food insecurity in poor households. It affected the broader economy, as the yield of key agricultural exports declined.

Drought is widely recognised as one of the extreme weather conditions caused by climate change. Since South Africa is already a water-scarce country, we are particularly vulnerable.

Understanding this cascading effect is vital. Climate change doesn’t just affect weather patterns. It affects nearly every aspect of our lives, from the food we eat, to the water we drink, to where we live. It affects human health, economic activity, human settlement and migration.

Climate change does not respect borders. It is a global problem, which requires global solutions.

The first part of the global response to climate change is mitigation – slowing the rate of global warming by significantly reducing the emission of greenhouse gases.

The second part is adaptation – taking steps to respond to the effects of global warming. This could range from building infrastructure to protect communities from rising sea levels or regular flooding, to planting drought-resistant crops.

The third part is financing – mobilising resources to support the efforts of developing countries in particular to adapt to climate change and move towards cleaner forms of energy. This is important because developing countries are most vulnerable to the effects of climate change, despite historically being the lowest emitters of greenhouse gases.

Unless we act with urgency, we could find our developmental gains being reversed and our ability to overcome poverty, joblessness and inequality severely constrained.

An important part of our response is our Nationally Determined Contribution (NDC), which outlines our targets for reducing greenhouse gas emissions. Each country submits these targets to the UN Framework Convention on Climate Change every five years.

Last month we published our updated NDC for public comment ahead of submission to the Glasgow Summit in November.

Our new NDC proposes a significant reduction in emissions target ranges. By implementing our mitigation strategy, we aim to see our carbon emissions progressively declining from 2025. This is a decade earlier than previously expected.

As a country we are committed to contributing our fair share to the global climate effort. One of the tasks of the newly established Presidential Climate Change Coordinating Commission is to advise the government on an ambitious and just transition to a low-carbon economy.

The Economic Reconstruction and Recovery Plan that we launched in October last year has several measures to drive business and job creation in green industries, and our Integrated Resource Plan 2019 envisages the building of renewable energy capacity that can produce over 17 gigawatts of electricity by 2030.

These goals will only be achieved through collaboration across society, with government, labour, business, civil society and communities all working together towards a just transition.

A just transition is one in which the country reduces its reliance on fossil fuels and its emission of greenhouse gases while sustaining economic growth, creating jobs and protecting those most affected by these changes.

Business has a particularly important role. A number of South African companies are already addressing sustainability and climate change issues as part of their financial reporting. Business can also play a role in providing adaptation support to communities.

We need greater investment in climate-resilient systems and processes, from smart agriculture, to clean energy, to green infrastructure to public transport.

The financial sector must continue to play a role by scaling up project financing for renewable energy and other green initiatives.

As a developing country, our economy is still heavily dependent on fossil fuels. That is why we continue to push on the world stage for the space to develop our economy and improve the lives of our people. This is why we need a just transition where the uptake of sustainable systems and technologies proceeds at a realistic pace.

At the same time, we know the clock is ticking, and the impacts of climate change are worsening. According to the World Meteorological Association, 2020 was one of the three warmest years on record.

In the face of this reality, we can and must do more.

The time for greater climate action is now. We have to reduce our emissions. We have to adapt and build resilience for our communities and for our economy.

It is only by working together to find solutions and by raising the level of our ambition, that we can reduce the impact of climate change on our country.

As we prepare our country to withstand the impact of the next devastating drought, we must also take the ambitious actions needed to reduce the possibility of even worse droughts and even worse climate disasters into the future. DM

The climate clock is ticking, SA needs to cut emissions and adapt – fast