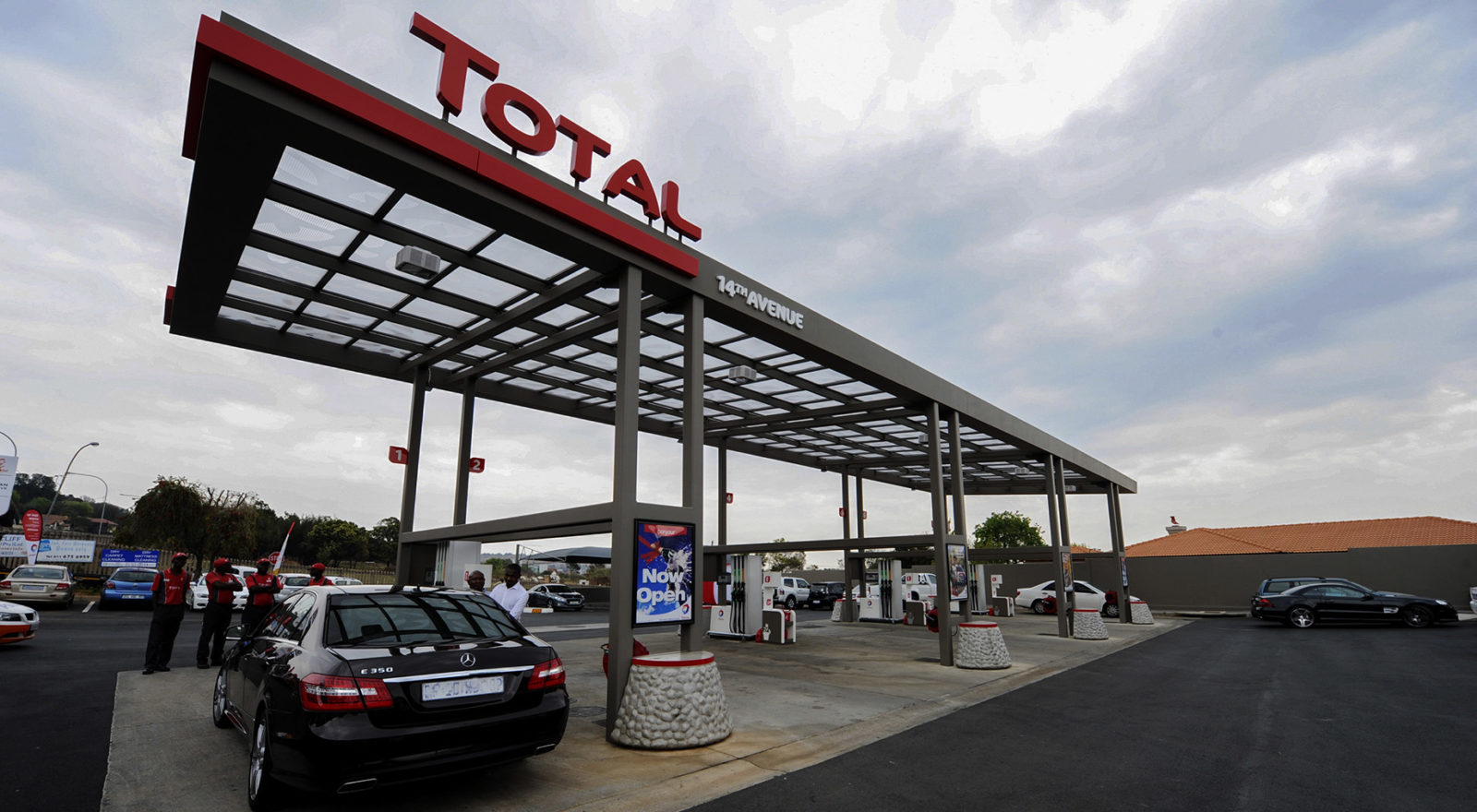 Total has shifted its attention to its Tilenga project to tap the plus-one billion barrels of oil and gas under Uganda’s northwest Lake Albert on the border with the Democratic Republic of the Congo. (Photo by Gallo Images / Foto24 / Mary-Ann Palmer)

After retreating from ISIS-Mozambique, the French company is tapping oil in Uganda, in the backyard of ISIS-DRC.

Theoretically, Total will return if Mozambique’s security forces can guarantee a sufficient radius of stability around Afungi – one that would certainly include Palma. But there are ominous signs that Total isn’t contemplating a return anytime soon. Was it significant that the company wrote to at least one sub-contractor in April informing them of the “termination” – not suspension – of contracts to build accommodation for construction workers at Afungi?

Has Total decided that the window of opportunity for exploiting the vast Rovuma gas basin off Cabo Delgado is closing too fast, as the world accelerates on its journey towards net-zero emissions of carbon?

Meanwhile, Total has shifted its attention to its Tilenga project to tap the plus-one billion barrels of oil and gas under Uganda’s northwest Lake Albert on the border with the Democratic Republic of the Congo (DRC). This, together with the China National Offshore Oil Corporation, aims to extract the hydrocarbons through its Kingfisher project.

The plan is to use the gas to refine the oil, which would be delivered to the Tanzanian port of Tanga through a dedicated pipeline that’s being built. The final investment decision for the Tilenga project was announced in Entebbe on 11 April at a ceremony attended by Ugandan president Yoweri Museveni, Tanzania’s new president Samia Suluhu Hassan and Total CEO Patrick Pouyanné.

Ironically though, Total, having escaped one group of Islamic State-affiliated terrorists in Cabo Delgado, might confront another in Uganda. The insurgents in Cabo Delgado have many aliases, including Ahlu Sunna Waljama’a (ASWJ), al-Shabaab, Islamic State Central Africa Province (ISCAP) and sometimes – certainly in the United States (US) government nomenclature – ISIS-Mozambique.

Likewise, the Allied Democratic Forces (ADF) terrorising the citizens of the eastern Democratic Republic of the Congo have been characterised as part of ISCAP and – again in the US State Department’s lexicon – as ISIS-DRC.

The ADF originated in about 1996 in northern Uganda. It was driven out of the region by aggressive military action in the late 2000s. The extremists fled to eastern DRC’s North Kivu province to join the many other bands of warlords, separatists and dissidents who prey on the wretched local population.

Do the analogies and perhaps linkages between the ADF and the March attacks in Mozambique suggest that Total’s Tilenga project could also become a target? Museveni thinks so, according to Africa Intelligence. He’s “ramping up surveillance of the ADF to make sure Total does not experience the same plight as its facilities in Mozambique’s troubled Cabo Delgado province.”

Africa Intelligence sources report that Uganda might soon deploy 600 soldiers to the DRC border to counter possible threats from the ADF – or other armed groups – crossing into Uganda to menace the Lake Albert oil and gas projects. The troops are expected to come from Uganda’s contingent in the African Union Mission in Somalia, the AU’s force fighting al-Shabaab in that country, when Uganda pulls out of the mission in September.

If this is correct, it would indicate a far more proactive approach to the potential insurgency than Mozambique’s President Filipe Nyusi. He’s dithered and prevaricated as the ASWJ/ISIS-Mozambique insurgency has steadily worsened over more than three years.

The devastating assault on Palma and Total’s hasty retreat prompted Southern African Development Community (SADC) leaders to insist that Nyusi needs regional support. But even then, he has apparently continued obstructing the path of the SADC technical mission sent to Mozambique to scope a possible regional intervention.

But just how analogous the two insurgencies – and their potential threats to the two hydrocarbon extraction projects – really are, is murky. A former senior Ugandan official who requested anonymity dismissed the notion that Museveni is beefing up security at Lake Albert because of what happened at Palma.

“The tracking of ADF movements as a terrorist organisation by the governments of Uganda and DRC and by MONUSCO (the UN peacekeeping force in DRC) has been in place for some time. And so there is nothing new about protection of the oil fields.

“I believe it is routine deployments to maintain capability. Threat assessments are routinely done. The border protection capability has always been robust. ADF links to Osama bin Laden date back to the 1990s and later, with al-Shabaab, date back to the 2000s.”

This question is linked to broader ones. Did the Mozambique insurgents target the gas project? Or was that merely collateral damage in the assault on their primary target – what they perceive to be a corrupt and negligent state?

Many have observed that the Palma attack began on 24 March. This was the day Total announced it was returning to Afungi and the construction of its gas processing facilities, after a pause of over two months prompted by assaults nearby in December 2020.

However, other analysts believe the attack was long in the planning, and it was just coincidence that it began on the day of Total’s return. The debate is to some degree intertwined: is the Mozambique insurgency focused on local grievances? Or is it, as a supposed ISIS affiliate, also motivated to attack more global targets, such as Total.

Even more so, would ADF/ISIS-DRC feel enough of an ideological urge to attack the Total Tilenga project across the border in Uganda, or would it remain content to terrorise the local population?

We, unfortunately, know far too little about what’s going on in the heads of the leaders of each of these organisations to answer such important strategic questions with any confidence. DM