Jury deliberates and National Guard called out ahead of... 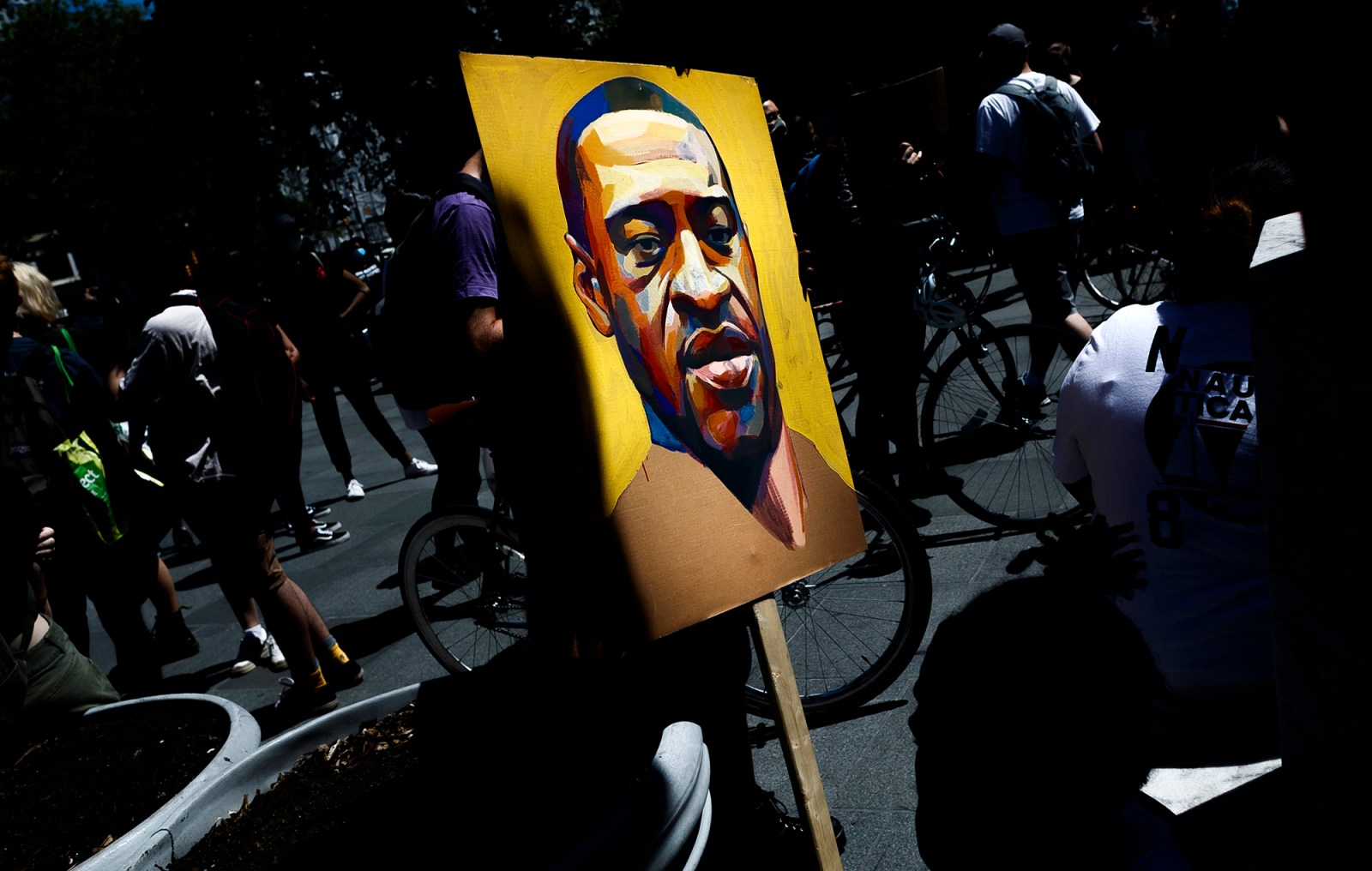 The jury in the George Floyd murder trial started deliberations at 4pm on Monday and finished at 8pm for the day. The jurors were sequestered for deliberations and spent the night at a hotel. EPA-EFE/JUSTIN LANE

The defence made its closing arguments on Monday, 19 April in the murder trial of Derek Chauvin, claiming the ex-policeman was merely ‘following Minneapolis Police Department training’.

Over the course of three weeks the prosecution brought evidence and six expert medical witnesses to testify that George Floyd died as a direct result of then police officer Derek Chauvin putting his knee on the prone, handcuffed  black man and leaning on him for more than nine minutes on 25 May 2020.

Security around Minneapolis has also been strengthened ahead of the verdict as authorities fear unrest if there is no guilty verdict. Over the weekend a heightened police and National Guard presence became more visible around the city and was especially noticeable downtown, near the court.

On Monday, Chauvin’s lawyer, Eric Nelson, in a nearly three-hour closing argument, told the jury “the State has failed to prove its case beyond a reasonable doubt” and “therefore Mr Chauvin should be found not guilty of all counts”.

Nelson also said his client had used reasonable force and had followed his training “according to the policies of the Minneapolis Police Department”. Chauvin “did exactly what he was trained to do over his 19-year career”.

This ignored the fact that a number of use-of-force experts, including Minneapolis police chief Medaria Arradondo, said Chauvin’s actions were unreasonable and violated policies around deescalation.

Arradondo testified earlier, saying clearly that Chauvin’s leaning on the restrained Floyd’s neck was “in no way shape or form” part of their training. Arradondo had fired all four officers involved in the arrest and death of Floyd, shortly after the incident. The other former officers – Thomas Lane, J Alexander Kueng and Tou Thao – are charged with aiding and abetting second-degree murder and second-degree manslaughter. Their trial is scheduled for 23 August.

The defence lawyer urged the jury to see Chauvin’s actions as “reasonable”, saying they needed to take into account that Floyd had initially resisted arrest and that this is what led to his client’s actions, which he insisted were justifiable.

Prosecuting attorney Steve Schleicher said Chauvin’s behaviour was due to ego and wanting to show the people who had gathered to watch and urge the police officers to stop their actions, who was in charge:

“He was going to do what he wanted, how he wanted, for as long as he wanted. And there was nothing, nothing they could do about it because he had the authority, he had the power.”

In his closing argument, which was delivered over almost two hours, Schleicher said the State was not prosecuting the police in general but Chauvin in particular and that “there is nothing worse for good police than bad police”. Schleicher also told the jury:

“Believe your eyes… It’s [the video of Chauvin with his knee on Floyd’s neck] exactly what you saw with your eyes… This wasn’t policing, this was murder.”

Chauvin is charged with second-degree unintentional murder (a sentence of up to 40 years), third-degree murder (up to 25 years) and second-degree manslaughter (up to 10 years). The charges are to be considered separately and he could be convicted for one or all of them. He could also be found not guilty, but whatever the jury decides they must be unanimous.

The jury started deliberations at 4pm on Monday and finished at 8pm for the day. The jurors were sequestered for deliberations and spent the night at a hotel.

Also on Monday, the defence was looking for a mistrial to be declared, citing media spotlight and comments made at the weekend by Congresswoman Maxine Waters who was in Brooklyn Centre, Minneapolis on Saturday at a racial justice protest where she said protesters needed to “get more active”.

“We’re looking for a guilty verdict. If nothing [happens] then we know that we’ve got to not only stay in the street but we’ve got to fight for justice. I am very hopeful and I hope we are going to get a verdict. Guilty, guilty, guilty,” said Waters.

The congresswoman was at the protest because Brooklyn Centre, a suburb about 16km from where Chauvin is being tried, is where 20-year-old Daunte Wright was shot by a police officer on Sunday, 11 April. The now former police officer, Kim Potter, said she’d confused her Taser with her gun and shot the young man by accident. Waters took to social media to say she did not believe a police officer could mistake a Taser for a gun. Potter resigned last week and is charged with second-degree manslaughter.

Nelson said he did not think the jury could be unaffected by media attention and singled out Waters: “Now that we have US representatives threatening acts of violence in relation to this specific case, it’s mind-boggling.”

Judge Peter Cahill, however, would not declare a mistrial but made it clear he was not happy with the congresswoman’s statements, telling the defence:

“Well, I will give you that Congresswoman Waters may have given you something on appeal that may result in this whole trial being overturned, but what’s the State’s position?”

To which prosecuting attorney Matthew Frank responded: “I just don’t think we can muddy the record with vague allegations as to things that have happened without very specific evidence. The law presumes that the jury follows the court’s instructions and the court has instructed the jury today that they are not to let any outside influences or public opinion sway their deliberation.”

Late on Monday, House Minority leader Kevin McCarthy released a statement saying he would introduce a censure resolution against Waters.

The 82-year-old Waters is known for being outspoken on issues of race and poverty. She is also the first African American and first woman chair of the House Financial Services Committee.

Minnesota Open Safety Net, “A join effort between multiple law enforcement agencies”, tweeted late on Monday night that peaceful protesters could be seen walking through the streets of Minneapolis.

UPDATE: The group of peaceful protesters continues to walk through downtown #Minneapolis. They are currently on Third Avenue approaching Minneapolis City Hall.

Thank you to everyone who is peacefully making their voices heard. #MNOSN #OperationSafetyNet

During the trial the prosecution called 38 witnesses, while the defence called seven, including use-of-force expert Barry Brodd who said Chauvin “was justified and acting with objective reasonableness”. Chauvin himself elected not to testify, invoking the Fifth Amendment last Thursday. He has pleaded not guilty to all three charges. DM