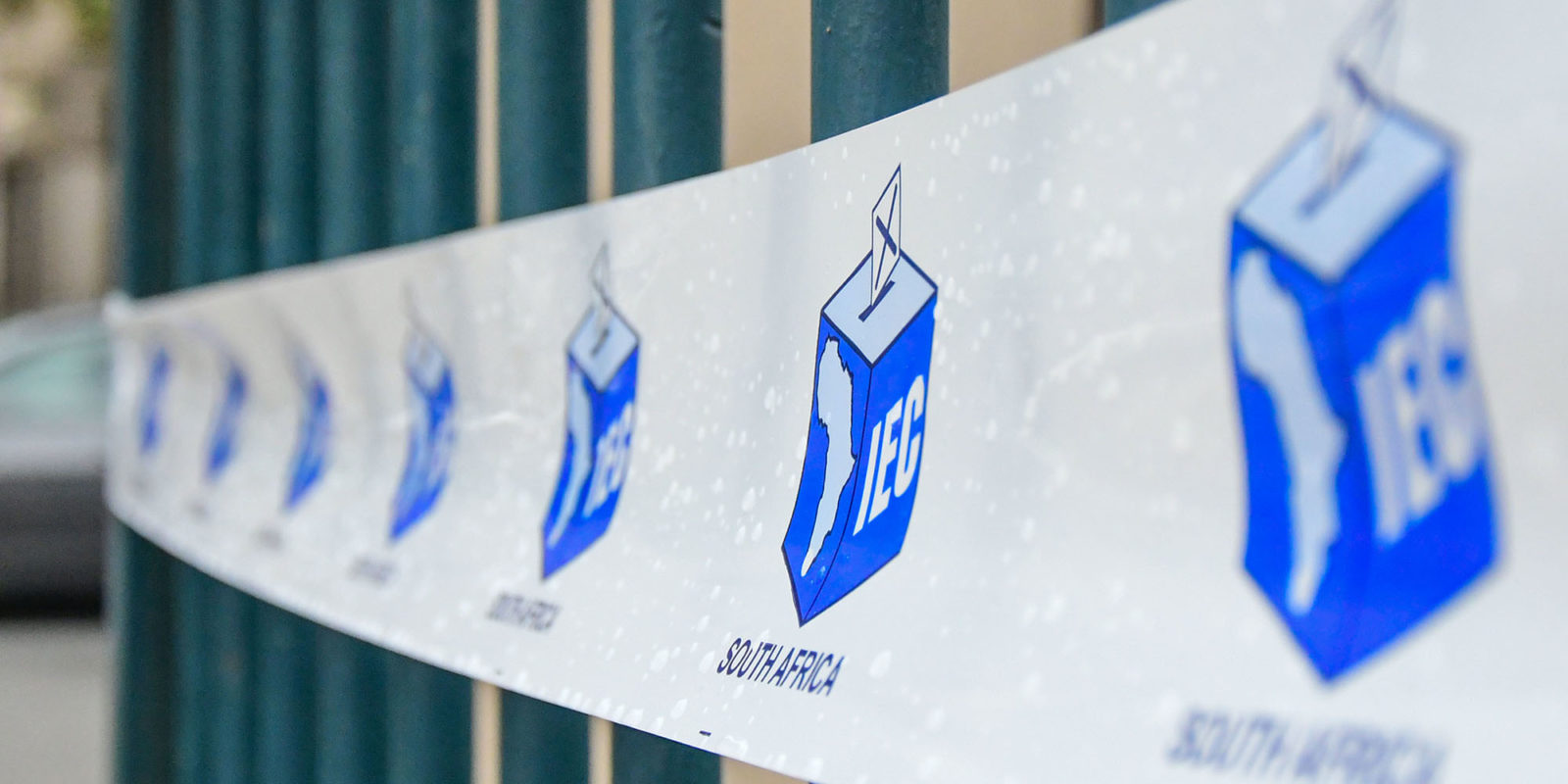 There will be 15 by-elections in seven of the nine provinces on Wednesday, 21 April.

This is the first of two preview articles looking at contested wards. There will be six by-elections in KwaZulu-Natal and one each in the Eastern Cape and Mpumalanga.

Mmusi Maimane’s One South Africa Movement will hope that the two independent candidates do well in the iLembe by-elections and that there is a trend for voters to back independents in this election year.

North of eThekwini, KwaDukuza is on the North Coast of KZN. Its principal town is Stanger, and includes holiday towns such as Ballito, Salt Rock, Tinley Manor and Blythedale Beach.

Ward 5 is in Lindelani, north of Stanger, on the periphery of the town. Lindelani has sadly seen a lot of violence centred on political activity in the area. In 2014 ANC activist Winnie Mhlongo was murdered on election day while volunteering for her party. There was also violence in the ward in the lead-up to the 2019 elections, which included an attack on the ANC branch secretary and ward candidate Nkanyiso Tembe. Two other candidates in the by-election made lucky escapes after being targeted in apparent hits.

A former IFP councillor, Audrey Baardman is contesting the by-election as an independent. Baardman was in the news in 2019 when shots were fired at his vehicle, while he had his children with him. They managed to escape. Baardman could split the IFP vote in the party’s stronghold of Section 26.

A new party is also making its electoral debut: The Independent Alliance will field Mzwandile Ndlela as its candidate. The soccer coach and community activist was in the news last year when two of his friends were gunned down after a soccer practice. Ndlela is convinced that he was the target of that hit because of his complaints about corruption in Lindelani. He was at the venue at the time.

Considering the 2019 provincial election results, the IFP eked out a much narrower win in the ward, beating the ANC by just over 100 votes. The IFP again won Lindelani Section 26 by a large margin, while the ANC remained dominant in Lindelani Section 36. The IFP did not lose any ground to the ANC, but shed support to the EFF as the EFF got 8% of the provincial vote in the ward.

What also helped the ANC narrow the gap in 2019 was that turnout was at 78% in Section 36, while turnout was only at 65% in the IFP bastion of Section 26. The ANC knows that if it can keep its turnout high in Section 36, and the IFP again battles to generate voter enthusiasm in Section 26, it could eke out a significant victory in this by-election.

The EFF made good inroads in the ward in 2019 and would want to build on that again. Other local parties, the Justice and Employment Party and Al Jama-ah are also on the ballot in this crowded field.

This is expected to be a close contest between the IFP and the ANC, with the winner ultimately being the party least affected by the EFF, the Independent Alliance and Aubrey Baardman. All three candidates have the potential to draw disillusioned voters from the dominant two parties in the ward. If the IFP loses more of its voters than the ANC to these three candidates then the ANC could well end up winning this ward, which would be a great morale booster in the province on the road to the local government elections.

Maphumulo is a rural municipality west and north-west of KwaDukuza. Much of the land is under the custodianship of the Ingonyama Trust. Only two parties won seats here in 2016, with the ANC winning an outright majority of 13 of the 22 seats. The IFP won the remaining nine seats.

Indukwende is on the R74 regional road between Maphumulo and Kranskop. It is a rural, sparsely populated ward. Ward 5 is on the edge of the municipality. The IFP won here by over 900 votes in 2016.

The ANC made up considerable ground here in 2019 when one considers the provincial ballots, which make up the ward. The IFP received 219 more votes than the ANC, with the ANC carrying the three largest voting districts. The IFP won the remaining five smaller districts. Incidentally, turnout was higher during the local government elections than the national and provincial elections. The ANC benefitted from the lower turnout in the ward, and the IFP will want to ensure its supporters come out for the by-election. The EFF is also on the ballot. The 2019 results suggest that this is a ward to watch on Wednesday.

Ward 7 is positioned between the R614 and R74 regional roads. It is a sparsely populated ward, which is on tribal trust land. The ANC won here by a landslide in 2016 and knows that the path to outright control of this municipality in the next local government elections runs through Ward 7.  It will want another big win on Wednesday.

Curiously, this safe ANC seat has more candidates than the more competitive IFP held seat in Ward 5. The IFP, EFF, independent candidate Sibusiso Mthembu and KwaZulu-Natal party, the African Freedom Revolution (AFR), will also be on the ballot.

This ANC stronghold is west of Durban, on the periphery of the metro. The ANC got north of 80% of the vote here in 2016.

President Cyril Ramaphosa campaigned in this ward in the run-up to the by-election, not because he was apparently panicking about an ANC loss, but because it was an opportunity to send a message to his internal detractors that he has the support of the ANC.

The district is in the southern part of the province, in the Griqualand East area. It is a traditional stronghold of the ANC. It includes the towns of Kokstad, Underberg and Bulwer.

Ward 4 encompasses townships of Ixopo, and the area north of Ixopo by the Mariathal Mission on the R56. It also includes a rural settlement northeast of Ixopo, which is where the seat of power in the municipality is.  The ANC beat the EFF by a margin of 8:1 in 2016.

The EFF and the IFP will be on the ballot with the ANC in this by-election.

uMzimkhulu is the municipality in KZN where the ANC is the most dominant. It holds 38 of the 43 seats.

The ward is south of uMzimkulu, on both sides of the R56. It is a rural ward. The ANC received nine out of every 10 votes here in 2016.

The ANC, EFF and IFP are the three parties contesting this ward.

This by-election is taking place because councillor Ntombizodwa Gamnca  was expelled from council by the Eastern Cape MEC for Cooperative Governance and Traditional Affairs Xolile Nqatha for having a criminal conviction. There was also strong evidence of her being involved in illegal house sales to residents in Mdantsane.

The ward is in the north-western part of Mdantsane below the N2 national road, linking East London with Qonce (formerly King William’s Town).

The African People’s Convention (APC) and Al Jama-ah will contest for third place while the EFF will hope for a surge in support in this safe ANC ward.

Lekwa’s seat of power is the town of Standerton. Sakhile is a township in Standerton, just south of the city centre.

The ANC romped home here in 2016, while local party, Civic Voice battled with the EFF for second place. Civic Voice came third in the municipality in 2016, finishing ahead of the EFF. The DA are the official opposition, with the ANC holding 20 out of the 30 seats. Civic Voice and the DA are sitting this by-election out as only the ANC and EFF are participating. The ANC will aim to clear the 90% mark, while the EFF would want to get 20%.

The ANC would love to prise the KwaDukuza seat from the IFP, continue to make inroads in Ward 5 in Maphumulo and run up the numbers in the other six safe ANC seats. They will want to also send a strong message to its challengers that when it comes to metros like Buffalo City and eThekwini its support is secure and that there is little chance of it losing ground in the local government elections.

The IFP will want to hold on to its KwaDukuza seat and have a strong win in Ward 5 in Maphumulo. It will want to use these by-elections as a marker that the party is on track to do well in the northern parts of KwaZulu-Natal in the local government elections.

The EFF will want good growth in the eThekwini, Buffalo City and KwaDukuza by-elections, in particular, and if its growth in the Eastern Cape and KwaZulu-Natal in 2019 was a sign of things to come, it will continue to attract more and more support in these two coastal provinces. DM

* The proportional representation (PR) ballot result from the previous election gets used when it is a better indicator of support for a party in the ward.