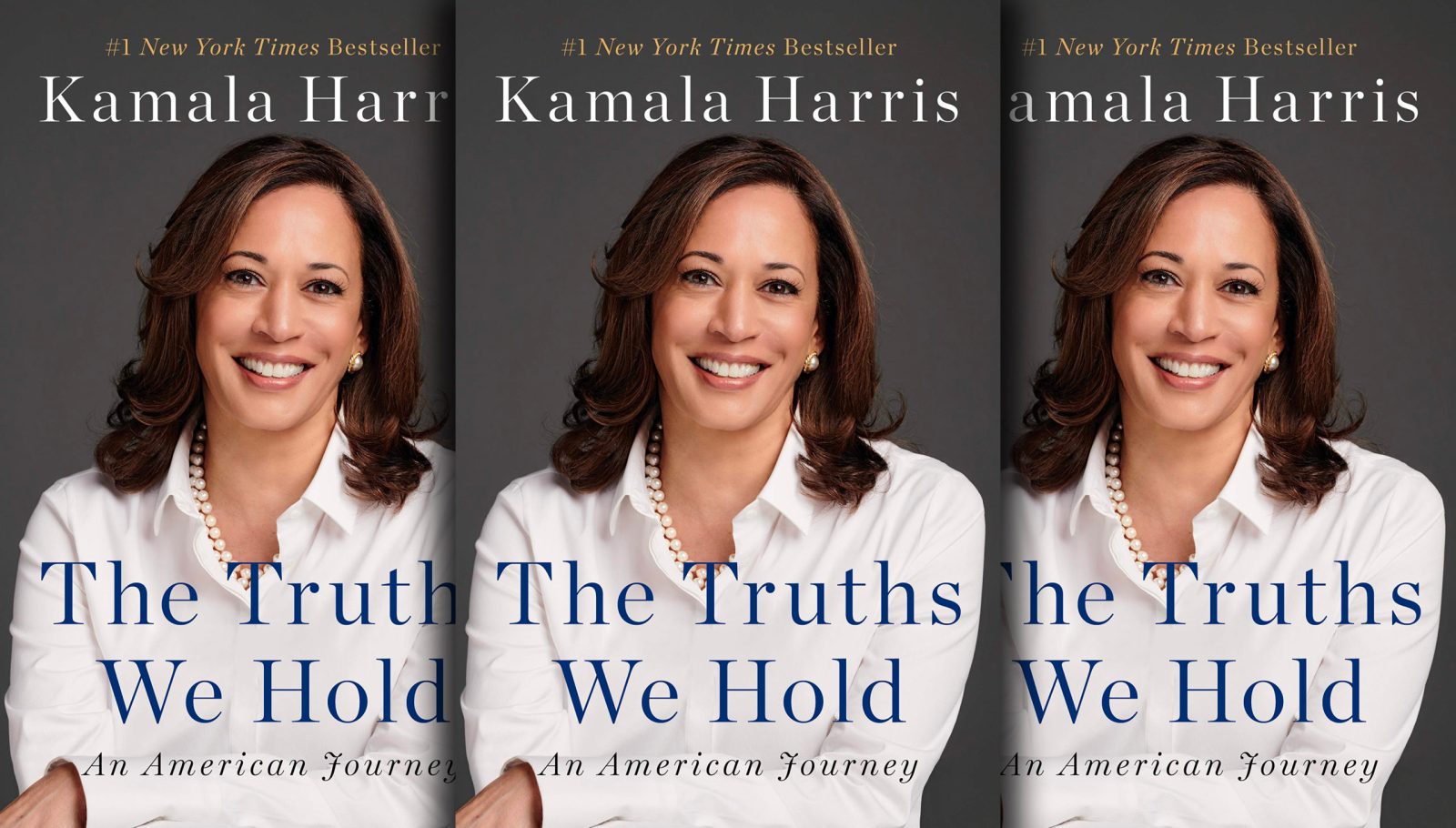 In her memoir, Kamala Harris details her life as the daughter of immigrants, tracing her rise to San Francisco district attorney, through her time as California Attorney General, her landslide victory in the 2016 United States Senate election in California, and her run-ins with the Trump administration.

In this excerpt from Chapter 1, “For the People”, Harris recalls the summer internship in the district attorney’s office she took when she was in her final year of law school.

Her family, however, was not overly impressed with her decision.

When I realized that I wanted to work in the district attorney’s office – that I had found my calling – I was excited to share the decision with my friends and family. And I wasn’t surprised to find them incredulous. I had to defend my choice as one would a thesis.

America has a deep and dark history of people using the power of the prosecutor as an instrument of injustice. I knew this history well – of innocent men framed, of charges brought against people of color without sufficient evidence, of prosecutors hiding information that would exonerate defendants, of the disproportionate application of the law. I grew up with these stories – so I understood my community’s wariness. But history told another story, too.

I knew the history of brave prosecutors who went after the Ku Klux Klan in the South. I knew the stories of prosecutors who went after corrupt politicians and corporate polluters. I knew the legacy of Robert Kennedy, who, as US attorney general, sent Department of Justice officials to protect the Freedom Riders in 1961, and sent the US Marshals to protect James Meredith when he enrolled at Ole Miss the next year.

I knew quite well that equal justice was an aspiration. I knew that the force of the law was applied unevenly, sometimes by design. But I also knew that what was wrong with the system didn’t need to be an immutable fact. And I wanted to be part of changing that.

One of my mother’s favorite sayings was “Don’t let anybody tell you who you are. You tell them who you are.” And so I did. I knew part of making change was what I’d seen all my life, surrounded by adults shouting and marching and demanding justice from the outside. But I also knew there was an important role on the inside, sitting at the table where the decisions were being made. When activists came marching and banging on the doors, I wanted to be on the other side to let them in.

I was going to be a prosecutor in my own image. I was going to do the job through the lens of my own experiences and perspectives, from wisdom gained at my mother’s knee, in Rainbow Sign’s hall, and on the Howard Yard.

An important part of what that wisdom told me was that when it came to criminal justice, we were being asked to accept false choices. For too long, we’d been told there were only two options: to be either tough on crime or soft on crime – an oversimplification that ignored the realities of public safety. You can want the police to stop crime in your neighborhood and also want them to stop using excessive force. You can want them to hunt down a killer on your streets and also want them to stop using racial profiling. You can believe in the need for consequence and accountability, especially for serious criminals, and also oppose unjust incarceration. I believed it was essential to weave all these varied strands together. DM/ ML

The Truths We Hold: An American Journey by Kamala Harris (240) is published by Penguin Random House. Visit The Reading List for South African book news – including excerpts! – daily.