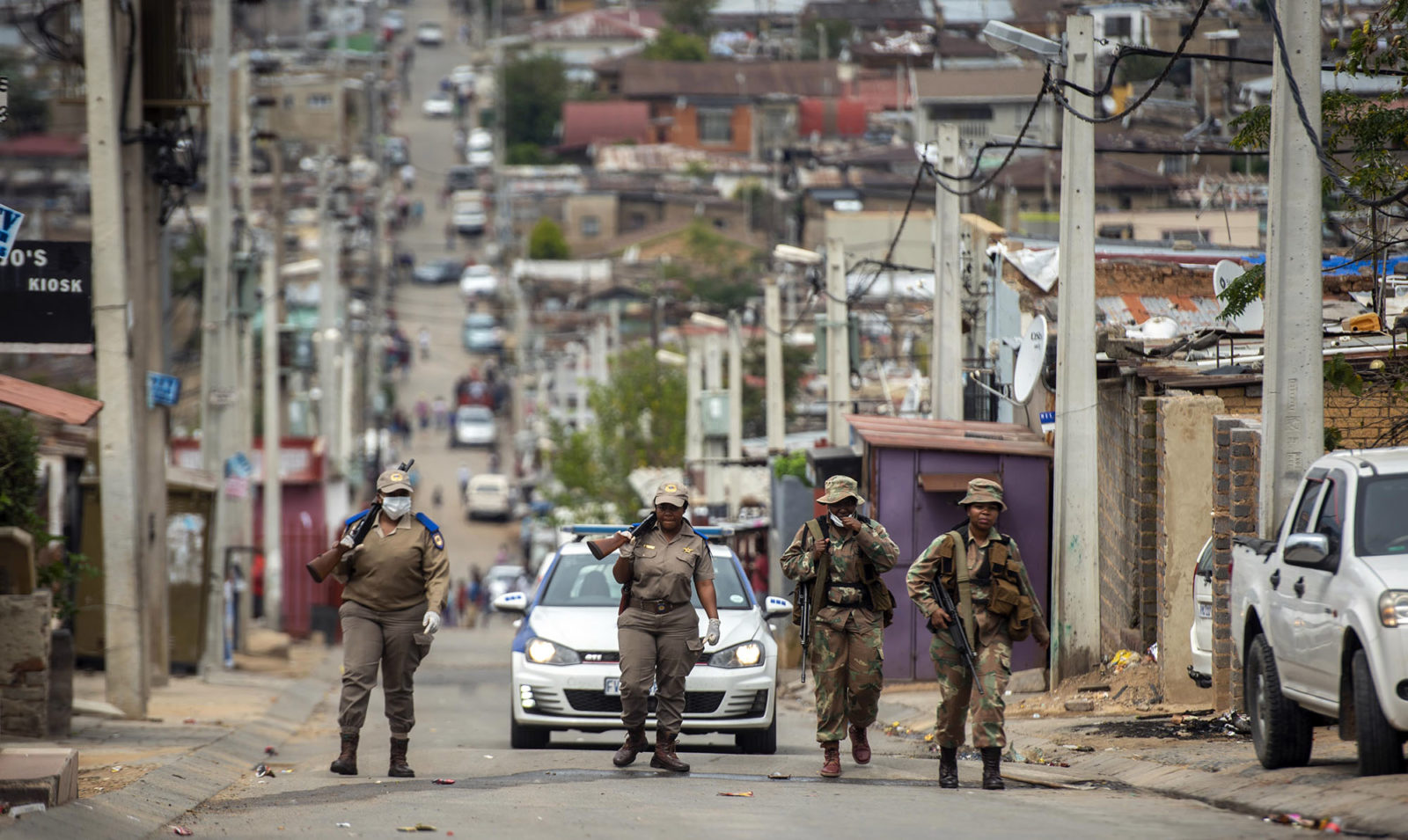 A rear-view mirror of the Covid-19 lockdown reflects a mixed bag in many respects. Overall, it brought out the extremes of South African society, including within civil society and the political opposition. At a governance level, it had a far more severe effect on the poor.

Easter is when most South Africans embark on the great trek to the rural provinces for various religious and cultural practices. The Easter break also offers the last window for weddings before the onset of winter. As a country with high internal migration, the restrictions on Easter in 2020 marked a substantial disruption.

It was therefore apt that many commentators marked the one-year anniversary by reflecting on the effects of the lockdown. Political analyst Ralph Mathekga’s reflections in his paper presented during the Konrad-Adenauer-Stiftung’s Midpoint series painted a bleak picture of the government’s handling of the lockdown. His view is that the government embarked on an executive overreach and that some of what he terms the government’s dictatorial tendencies will remain after the disaster management period.

While it is widely acknowledged that some states have used Covid-19 restrictions in Africa and around the world to regress democratic gains for sinister motives, it is difficult to make such an argument in South Africa. However, we as South Africans are generally pessimistic people.

Listening to Mathekga, I was reminded of a beautifully written, compelling and seminal essay by presidential economic adviser Trudi Makhaya earlier in the year, in which she chastises South Africans for perennial pessimism on economic issues and the general outlook. Drawing on behavioural economic literature, she cautions against the self-fulfilling prophetic nature of such pessimism. Without giving the government a free pass, one can indeed acknowledge that mistakes were made in enforcing the lockdown’s phases, and which may be characterised as executive overreach.

However, a rear-view mirror of the lockdown situation thus far reflects a mixed bag in many respects. This is clearer when one considers the lockdown in its entirety, and not necessarily the government.

Overall, the lockdown brought out the extremes of South African society in all respects. At a governance level, the lockdown had a more severe effect on the poor, who are the majority. This was reflected in the policing and enforcement visited on poor black communities in the townships. While thousands of South African National Defence Force members were deployed to enforce the lockdown, many people in the suburbs never encountered soldiers on their streets. Reports of defence force members terrorising people in places such as Alexandra, Soweto and the Cape Flats sounded fanciful and far-fetched to much of the middle class.

As a country, our public-sector corruption scores are quite dismal. The lockdown shone a spot on this with the massive corruption associated with personal protective equipment (PPE). However, reports of such corruption did come as a shock even to a nation that is generally sceptical of the government. It seems to be the nature of the country’s disaster; there had been a false collective sense that even the corrupt among us would understand the issue at hand and pull in one direction. The PPE-related looting has been followed by fraud linked to the Unemployment Insurance Fund and the R350 aimed at those with no income. However, various actions by the state that point to consequence management, are encouraging.

The lockdown significantly affected businesses, especially small and medium-sized enterprises, which were caught off guard with little to no savings. An already depressed economy compounded the problem. However, in a survey by the author on behalf of the World Bank, the results of which were recently made public, it was clear that there was a disconnect between government lockdown policy and the business operating environment.

A Beyond Covid survey by research firm Redflank revealed that 26% of small, medium and micro enterprises had closed due to the lockdown. Instead of distributing grants to small businesses, the government, working with banks, extended a credit guarantee facility. The uptake by small businesses was relatively low, mainly because they already had considerable debt. Private debt stands at 173% of GDP, according to World Bank estimates. Therefore, pre-Covid South Africa already had high levels of private debt.

The lockdown also revealed that South Africa is not very kind to immigrants. This is reflected in the way all government poverty alleviation schemes have been aimed at citizens. The bulk of socioeconomic rights was constrained during the past year, notably in education. This effect was also contoured around class lines. Children in the middle and upper classes were able to continue learning via multimedia platforms.

On the governance side, opposition parties had mixed messaging. The DA punted a less strict lockdown, with an emphasis on balancing lives with livelihoods. On the other hand, the EFF advocated a stricter lockdown characterised by a total alcohol ban. Overall, the lockdown took away a platform for the party since it relies on direct interaction with its constituency.

In addition, what emerged is that South African civil society, while robust, also reflects the country’s fissures in issue advocacy.

Among its many civil societies an elite has emerged, punting may be deemed elite interests. Most NGOs that frequent our courts, especially the Constitutional Court, do so on issues around the governing elites’ failure to protect elite economic interests. There are, of course, exceptions such as Equal Education, the Treatment Action Campaign and the Socio-Economic Rights Institute.

It is important to belabour this aspect because, given that there are indeed unwarranted limitations on civil liberties, including the exclusion of vulnerable communities, these have not been translated into court cases. However, during the same lockdown there have been prominent cases of civil society groups joining court actions against former president Jacob Zuma – but no class action to push for socioeconomic conditions of South Africans and residents facing Covid-induced evictions.

The one-year lockdown has shown that South Africa remains a constitutional democracy in which the counter-majoritarian dilemma favours an economic and political elite minority at the expense of a disenfranchised majority. DM

Azwimpheleli Langalanga is a Senior Associate: International Trade and Investment Policy at the Tutwa Consulting Group, where he specialises in the laws and policies regulating international trade and investment, including international political economy. He holds a Master of International Law and Economics from the World Trade Institute in Bern, and a Master of Laws in Labour Studies from the University of KwaZulu-Natal, Durban.