As George Floyd trial wraps up, another white cop appea... 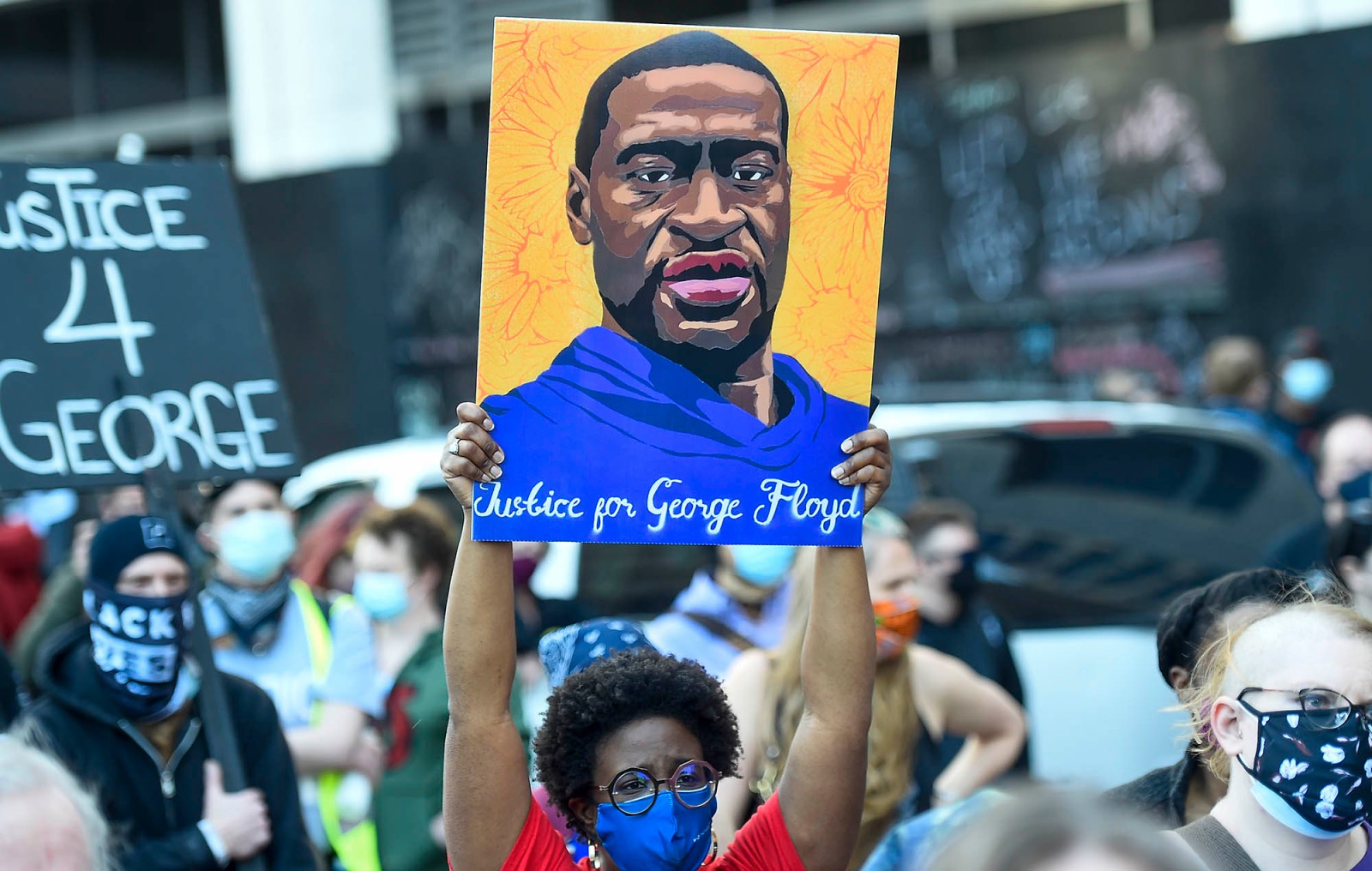 Protesters march through downtown Minneapolis during the murder trial of former Minneapolis police officer Derek Chauvin, who was charged in the death of George Floyd. (Photo: EPA-EFE / Craig Lassig)

While the trial of Derek Chauvin, charged with killing Floyd in Minneapolis in 2020, draws to a close, the case against police officer Kim Potter, who allegedly fatally shot Daunte Wright in the city, is about to start.

The trial of Chauvin, who caused the death of Floyd by placing his knee on his neck for nine minutes and 29 seconds, enters its 14th day on Thursday, 15 April. Chauvin is charged with second-degree murder, third-degree murder and second-degree manslaughter. Closing arguments are expected on Friday or Saturday.

The well-documented killing was first brought to public attention by a 17-year-old passer-by, Darnella Frazier, who filmed the incident with her cellphone.

Testifying earlier, Frazier burst into tears as she told the court she wished she could have done more. She said she was walking to the Cup Foods convenience store when she saw the arrest in progress:

“I see a man on the ground, and I see a cop kneeling down on him… [he was] terrified, scared, begging for his life.”

On Wednesday, Chauvin’s defence team called former Maryland chief medical officer, Dr David Fowler, who told the court he would classify Floyd’s death as “undetermined”. Fowler said he used a number of sources of information to reach this conclusion. He had reviewed video footage as well as police, toxicology and ambulance reports.

Fowler also said he thought it was possible that as Floyd was pinned to the ground he was exposed to carbon monoxide from the police vehicle’s exhaust, which could have contributed to his death. In cross-examination, prosecuting lawyer Jerry Blackwell put it to him that he had not seen “any data or test results that showed Mr Floyd had a single injury from carbon monoxide – is that true?”

“That is correct,” replied Fowler.

Asked whether he had seen “any air-monitoring data that actually gave you any information as to what amount of carbon monoxide, if any, would have been in Mr Floyd’s breathing zone”, Fowler curtly admitted that he hadn’t.

Earlier, Fowler also admitted that when he had said that Chauvin’s body weight – about 140 pounds (63,5kg) – on Floyd’s neck would not have been enough to cause Floyd’s death, he had not accounted for the added weight of the officer’s police gear, which would have added another 30 to 40 pounds (13,6kg to 18kg) pressing down on Floyd’s neck.

Fowler also said “fentanyl and methamphetamine” were factors in Floyd’s death. Earlier testimony from Dr Andrew Baker was that “the law-enforcement subdual restraint and the neck compression was just more than Mr Floyd could take” and that there were not enough drugs in his system for those drugs to be the direct cause of death.

While Fowler was being cross-examined, the police officer charged with shooting and killing another black man at a routine traffic stop in Brooklyn Centre, Minneapolis on Sunday, 11 April, was being charged with second-degree manslaughter.

The area where the shooting occurred is about 16km from where the Chauvin trial is taking place.

Kim Potter, who has been a police officer for 26 years, said she had meant to use her Taser and not her gun, on 20-year-old Daunte Wright. She resigned after the shooting.

Wright’s death set off three nights of protests, with residents and activists again gathering outside the Brooklyn Centre Police Department on Wednesday evening, prompting Brooklyn Centre Mayor Mike Elliot to issue a curfew from 10pm on Wednesday to 6am on Thursday. He had announced earlier that there would not be a curfew.

Elliot said policing needed to be carried out in “a more humane way” when asked about police being heavy handed with protesters.

The Minnesota Bureau of Criminal Apprehension said Potter was arrested at 11.30am on Wednesday and bail was set at $100,000 without conditions and $50,000 with conditions.

If convicted, the 48-year-old could spend a maximum of 10 years in prison or be fined $20,000, or both. Her initial court appearance is set for Thursday. DM