Sassa claims it's on target to clear Western Cape disab... 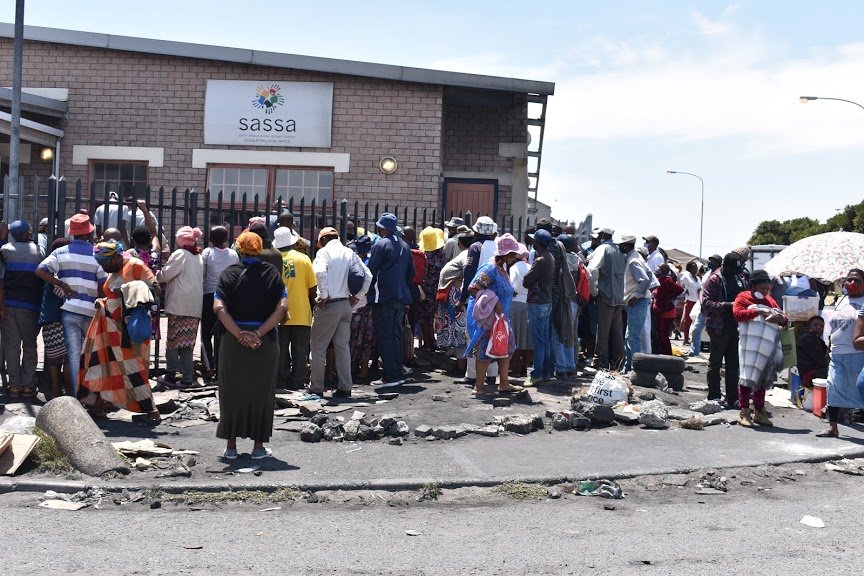 The introduction of food stamps and a basic income grant could go a long way towards helping the poor. (Archive Photo: Buziwe Nocuze)

Sassa says it successfully finalised 37,900 temporary disability grant assessments before its 31 March deadline. This leaves about 10,000 people with lapsed grants who still need to be medically assessed. Some of these people can’t be tracked by Sassa or missed their appointments, the agency says.

But activist organisation Black Sash has said that despite progress clearing the backlog, its community monitoring has shown that the issue is “far from resolved”.

Black Sash has picked up several cases where medical assessments were only scheduled after March, said national director Lynette Maart. She said that in addition, those who had been assessed did not know when a decision would be made.

“Beneficiaries standing in the Bellville queues this week indicated that they were angry and frustrated at not receiving communication from Sassa about what is required and how long the process will take,” said Maart. She said Black Sash had repeatedly requested updated statistics to assess actual progress made, but hadn’t received a response from Sassa.

Gillion Bosman, Chair of the Western Cape legislature’s Standing Committee on Social Development said Sassa’s release of these numbers was “self-congratulatory” and a “disingenuous” attempt to claim victory.

Bosman said the agency had failed to deliver its close-out report to the standing committee, despite promises to do so by the end of last week. He said in a statement on 6 April that it was not clear which of the processed applications were for temporary disability grants and which were for the social relief of distress grant of R500, which was to be paid out to people still waiting on their disability grant.

In a statement on Monday, Sassa in the Western Cape said that it had been dealing with an “abnormally high influx of clients” and an “urgent demand for services” since January 2021, when temporary disability grants lapsed and created a massive backlog.

The temporary disability grants were extended twice last year during the Covid-19 lockdown and lapsed grants were automatically reinstated until December. But since then Sassa offices have been inundated with beneficiaries hoping to extend their grants, with long queues outside offices and some beneficiaries sleeping outside overnight.

On 22 January, about a month after the grants lapsed, Sassa had only assessed about 800 people. On 3 February this number rose to about 4,000 assessments of a total of 48,000 lapsed grants, according to two progress reports presented by Sassa to Parliament’s Portfolio Committee on Social Development.

And at the beginning of March, 31,000 people still had to be medically assessed. Sassa started to outsource doctors in order to do virtual medical assessments of beneficiaries.

Sassa said it was partnering with the University of Cape Town to “conduct research into the seemingly abnormally high number of temporary disability grants” in the province.

“It is expected that this research, when concluded, will really assist in understanding the disability environment in the Western Cape better,” Sassa said in the statement.

The Western Cape is also the only province where there are beneficiaries who still have to do their assessments, said Sassa. DM