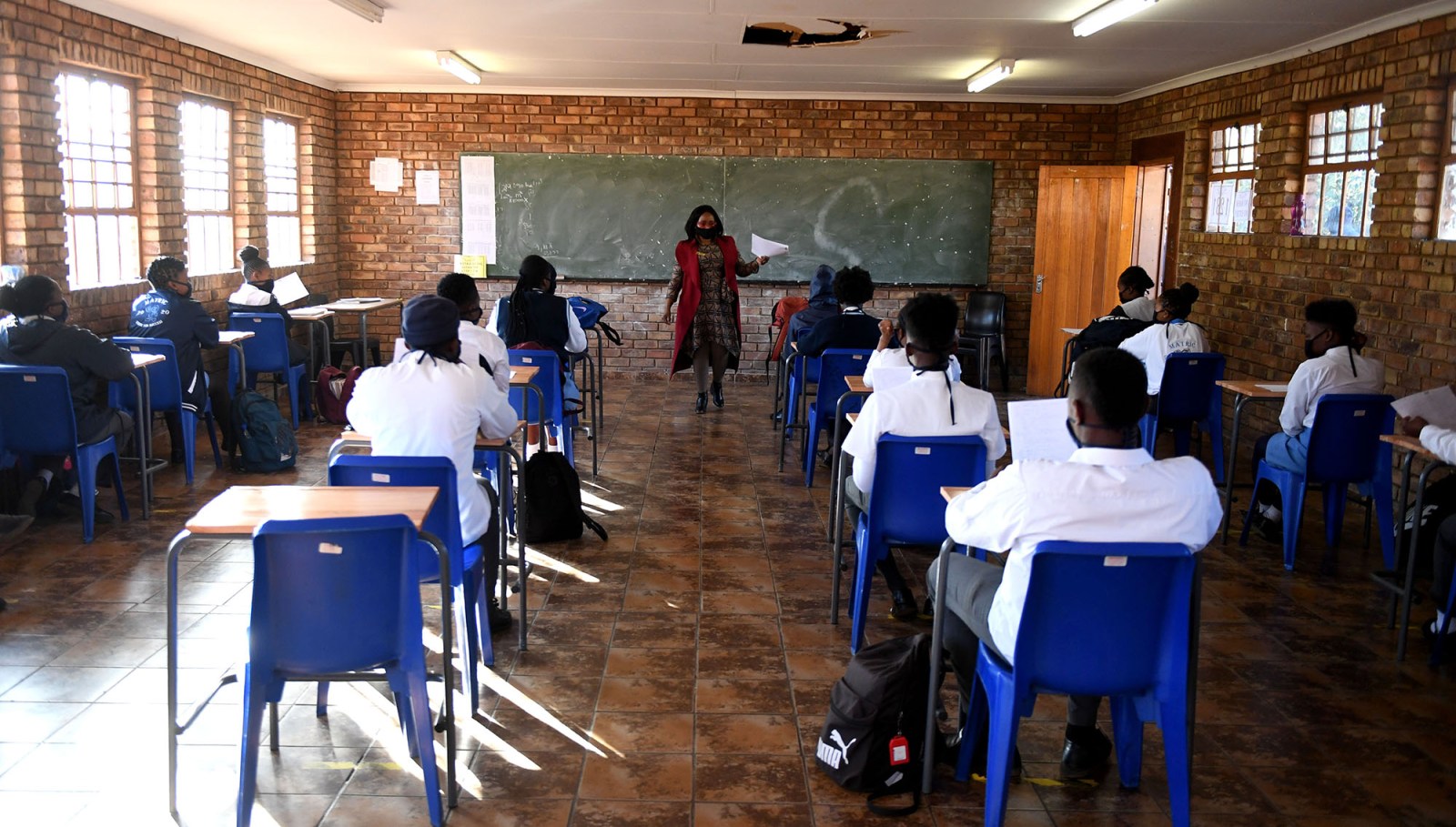 Newly published conditions address if and when a teacher can be re-employed after a case of misconduct and the applicable mandatory period of prevention of re-employment. (Photo Deaan Vivier)

Amended teacher terms and conditions of employment prevent the rehiring of educators found guilty of grave misconduct and sexual assault of learners and colleagues.

The newly published conditions address if and when a teacher can be re-employed following a case of misconduct and the applicable mandatory period of prevention of re-employment.

Gazetted by the ministry of basic education on 9 April and signed by Minister of Basic Education Angie Motshekga, the terms and conditions now state how long an educator can be kept out of a public school depending on the severity of their misconduct.

According to the executive director of the National Professional Teachers Organisation of South Africa (Naptosa), Basil Manuel, before the amendment teachers could apply for re-employment immediately after being found guilty of misconduct.

“Dismissed educators would move to another province and get re-employed after committing serious offences. Alternatively, some provinces were a little bit stringent. For small offences they kept people out of employment for years ” he said. “What this [amended terms and conditions of employment] does is regulate how long a discharge is valid for.”

The severity of the act of misconduct in question determines the mandatory period of prevention from re-employment. Grave offences, such as the sexual assault of learners, are accompanied by an indefinite ban from being re-employed.

An indefinite ban from re-employment will now also apply to teachers found to have had sexual relations with a pupil; sexually harassed learners, serious or sexual assault of a student or other educator; illegally possessing an “intoxicating, illegal or stupefying substance” and a conviction of murder or attempted murder, rape, indecent assault, or assault with the intent to do grievous bodily harm.

A teacher can be prevented from applying for re-employment for five, four, three years or one year for other related offences, such as bribery (including examinations), keeping a firearm at school without permission, sexual harassment of another employee, unfair discrimination based on religion or culture or any other form of discrimination that contravenes the Constitution. Prevention of re-employment can also be applied to cases of being drunk on duty, being absent without leave, sleeping on duty and poor performance not linked to incapacity.

An educator can be found guilty of an offence either by the South African Council of Educators (Sace), the department of education or court of law, Manuel told Daily Maverick.

“If a… court, for example, finds a teacher guilty of murder, the department can’t charge you for murder, but they have to see that because there is that sanction and block the teacher from teaching,” he said.

Sace is the legislated body responsible for the registration and vetting of all public and private school educators.

According to Sace’s annual report, corporal punishment and assault; sexual misconduct, rape, indecent assault, sexual assault and sexual harassment and verbal abuse, and the use of improper language, victimisation, harassment, defamation and others are the leading categories of cases of professional and unethical misconduct lodged against educators.

“Sexual offences remain in second place as a category of misconduct cases levelled against educators and they have increased by 29 (43%) during the period under review,” the council told Parliament’s basic education committee during a presentation in November 2020.

“These guidelines will go a long way towards protecting the dignity of the profession. Sadtu has always called for the harshest sentence in cases of sexual assault on the learner; we, therefore, welcome the sanction,” said Nomusa Cembi, media officer for the South African Democratic Teachers Union (Sadtu). “We hope these regulations will deter educators from engaging in acts that may put their careers in jeopardy.”

The Professional Educators Union general secretary, Ben Machipi, said the changes to the employment conditions would help amplify the work by Sace in ensuring that misconduct in the profession is resolutely dealt with and accompanied by harsh consequences.

The South African Teachers’ Union (SAOU) took issue with what CEO Chris Klopper termed a unilateral decision to publish the changes without obtaining an opinion from the unions.

“We are not trying to defend transgression but it would have been good manners to have involved organised labour, the Sace and the Education Labour Relations Council and the unions to find out how they feel about the changes,” he said.

Kloppers said that at a time when corruption was rife, transgressions for bribery and corruption in a school setting should not receive a lesser sanction.

“If a teacher is guilty of bribery and corruption, why would he or she get a lesser sanction? It doesn’t make sense.” DM